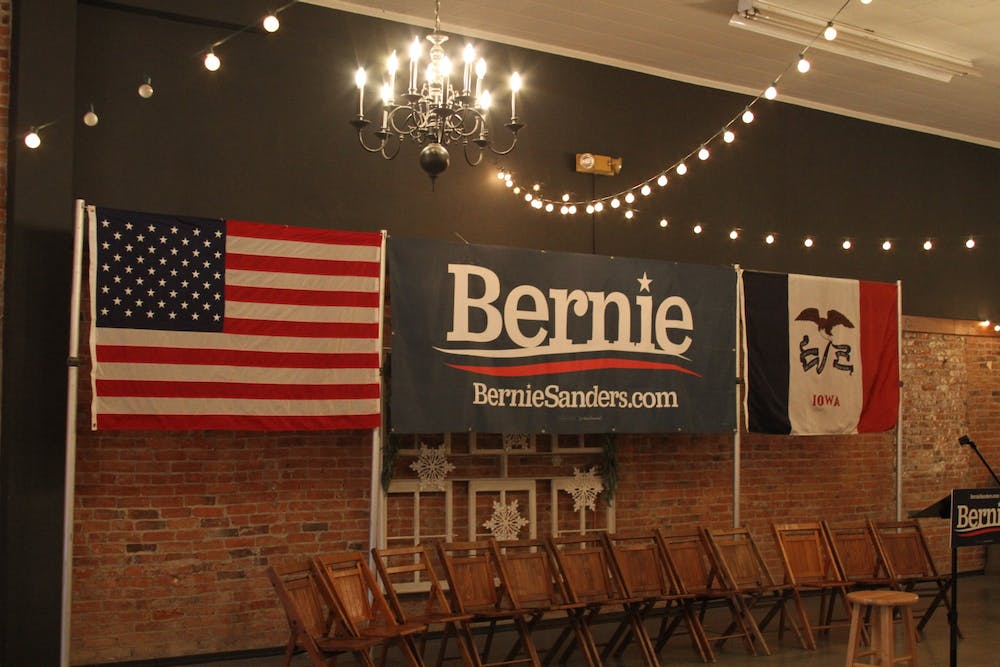 NEVADA, Iowa -- Few Bernie Sanders supporters were set up in the charming brick room at the side of the Farm Grounds Café in Nevada, Iowa when campaign staffers made the announcement they would be canceling the day’s events, including a town hall that was planned for later in the night in Perry, Iowa. It came just hours before a new Des Moines Register/CNN/Mediacom poll showed the 2016 runner-up in the Iowa caucuses at the top of the Democratic pack in the hawkeye state.

Attendees were disappointed they wouldn’t see the senator from Vermont, but their support for the 78-year-old democratic presidential candidate raged on in the room.

“He is a man that has incredible integrity,” said Deborah Bunka, a Sanders supporter living in Ames, Iowa. “He walks the talk. And he represents the majority of people in this country. The millionaires and billionaires may not like him but average people do.”

Sen. Sanders (I-VT) touts an average campaign donation of $18, though his campaign reported the largest haul of any other democratic candidate for president in the fourth contribution quarter that ended in December. It contributed to the fundraising and polling momentum the Sanders campaign experienced following reports that Sanders had a heart attack, something Bunka said she was energized by, as well.

“It concerned me when it happened,” Bunka said. “But I know many people in his campaign, young people, that tell me that it was hard to keep up with him and that is re-emerging. He needs a little time to re-cooperate. But he is back in full saddle.”

A Harvard Youth Poll published in November showed he topped support among voters under the age of 30.