Marianne Williamson suspends campaign for President of the United States

Williamson told Elon News Network at the Faith, Politics & Common Good Forum that she would remain in the race until her heart told her not to. 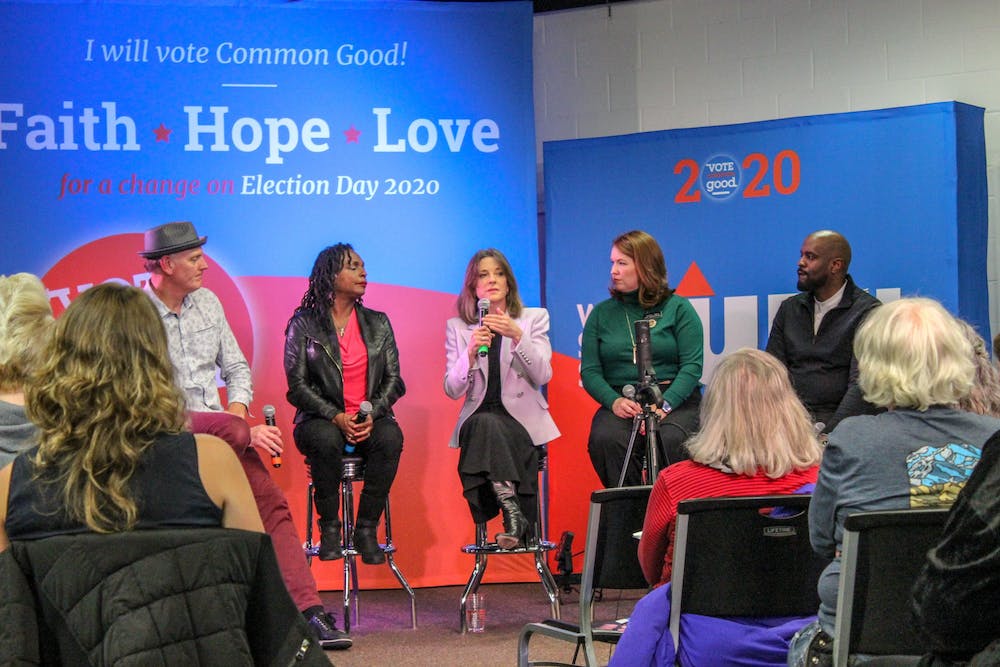 DES MOINES, IOWA - Long-shot presidential candidate Marianne Williamson has suspended her campaign for the democratic presidential nomination. In a release on her website, Williamson said "the ideas we discussed are important, and I hope they’ll find seed in other ways and in other campaigns."

Williamson told Elon News Network Jan. 9 at an event in Des Moines, Iowa that she would listen to her heart to decide the future of her campaign.

Her heart must have told her otherwise this morning.#ElonInIowa #Election2020 pic.twitter.com/CImCsrT6MI

Last week, ABC affiliate WMUR reported that Williamson fired her entire campaign staff, and earlier this week, she told ABC News that there were "decisions to be made" about the future of her campaign.

Williamson is an author, whose campaign stood for the eradication of student loan debt, and free tuition at state colleges and universities.

“There has been a trend over the last few decades whereby Americans have been mentally trained to expect too little,” Williamson said, “Don’t buy into it. You don’t ask for too much, you ask for too little. This country is supposed to belong to you.”

Williamson built her presidential campaign on the policy foundation of monetary reparations for slavery.

“In the 90’s when everyone was talking about how everything was so good I was on record talking about doesn’t that depend on what neighborhood you live in?” William said at the forum at Franklin Junior High School last night. “Instead all public policy should be built around the core principle of that which helps people thrive. That’s the whole point of America. That’s the American dream.”

In a tweet publicly announcing the suspension of her campaign, Williamson said that a “politics of conscience is still possible.”

A politics of conscience is still yet possible. And yes….love will prevail.https://t.co/BqTKQFI338

Williamson qualified for two primary debates in 2019, she hasn't appeared on a debate stage since August. Williamson was polling at less then 1% in the polls, according to RealClearPolitics.

Ashlyn DeLoughy contributed to this report.