The former Secretary of State said any criticism of Joe Biden's record shows the inexperience of his opponents. 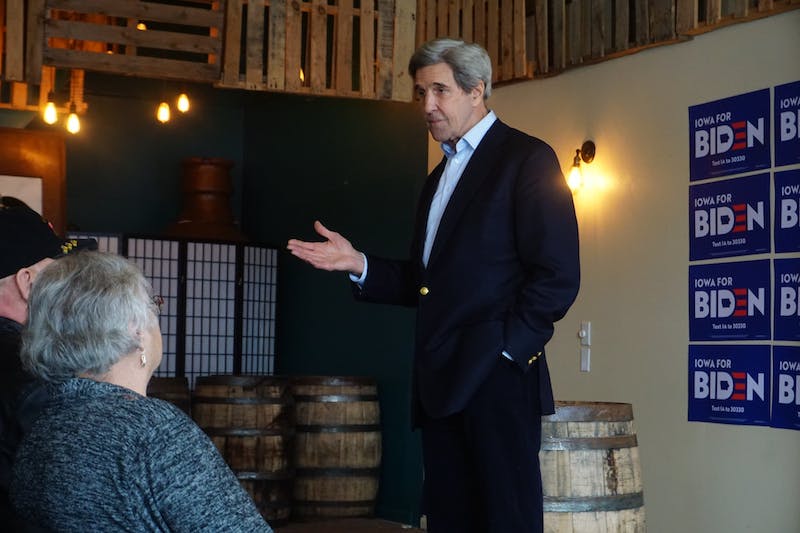 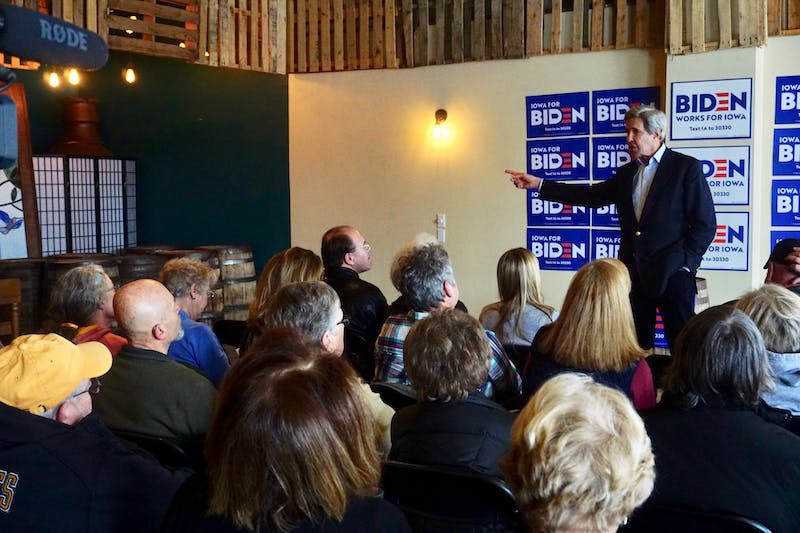 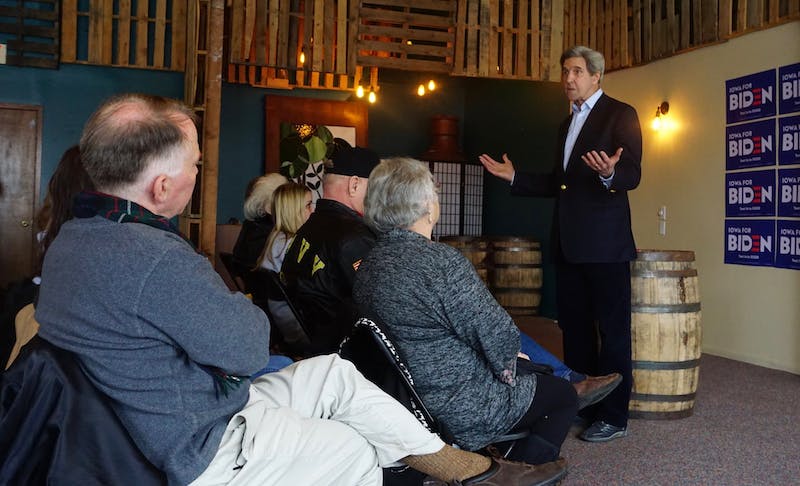 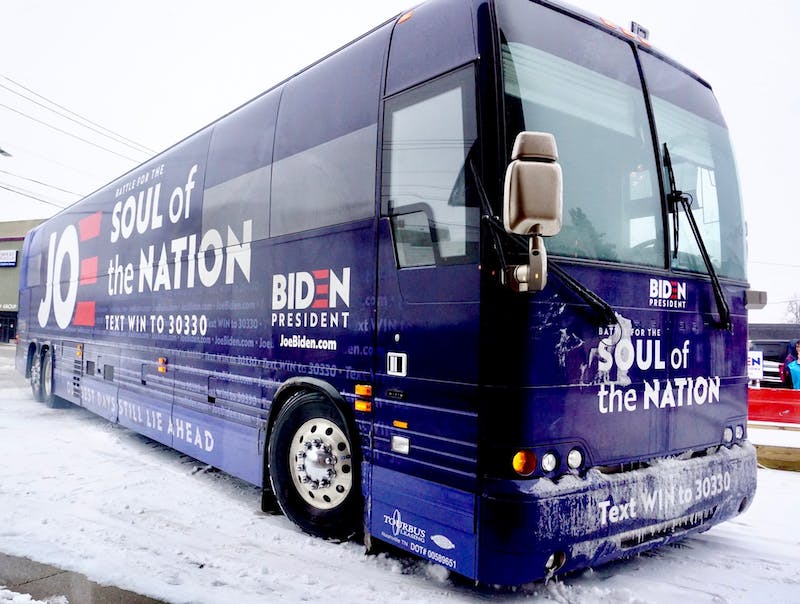 KNOXVILLE, Iowa – As former Secretary of State John Kerry descended from the Joe Biden campaign bus and entered a small room of around 25 at a brewery in Knoxville, he prepared to deliver his speech in support of the former vice president.

“Send us a president of the United States who can heal the soul of the nation,” Kerry said, motioning to the words printed on the side of the Biden bus, which read “Battle for the Soul of the Nation.”

It would become evidently clear the 2004 Democratic nominee for president was going to sell the point that he believed electing Joe Biden to succeed President Donald Trump as commander-in-chief would win that battle.

Kerry’s speech was delivered the day after he defended Biden against Sen. Bernie Sanders’ (I-VT) criticism of Biden’s vote in favor of the authorization of use of force in Iraq in 2002. Kerry called the criticism “disjointed,” and today, he doubled-down.

“Politics is politics and some people are trying make up for the fact that they don’t have the experience,” Kerry said. “They don't have the record of sitting there for eight years in National Security Council and making strong and important decisions for our country.”

Conrad Nelson, a Vietnam War veteran and Joe Biden supporter, agreed the war was a mistake, but said he thought the situation had escalated since Donald Trump took office.

“I don't think the other countries respect us because of what Trump is doing,” Nelson said. “Joe is well-qualified. If he were to become president, he’d go ahead and pick the phone up and call many of the world leaders on a first name, and I think that's really important.”

“There was nothing urgent and imminent about it,” Kerry said, “The United States should never be taken to the brink of war by changing stories and lies.”

Trump tweeted this morning saying he believes the situation was imminent. However, he said it doesn’t matter “because of [Soleimani]'s horrible past.”