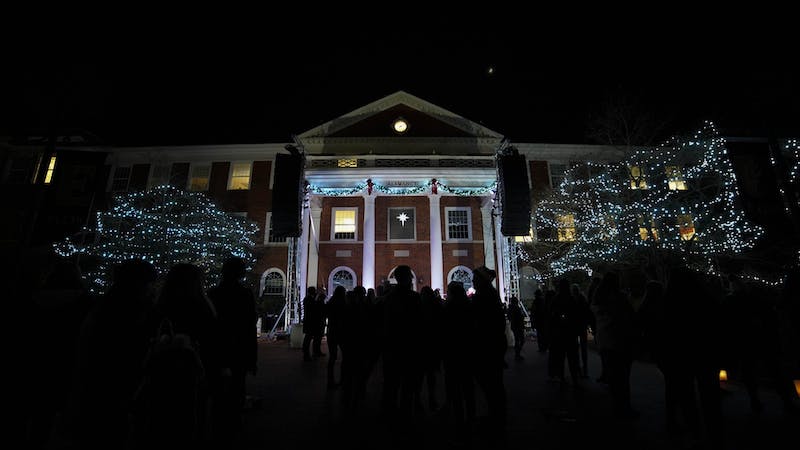 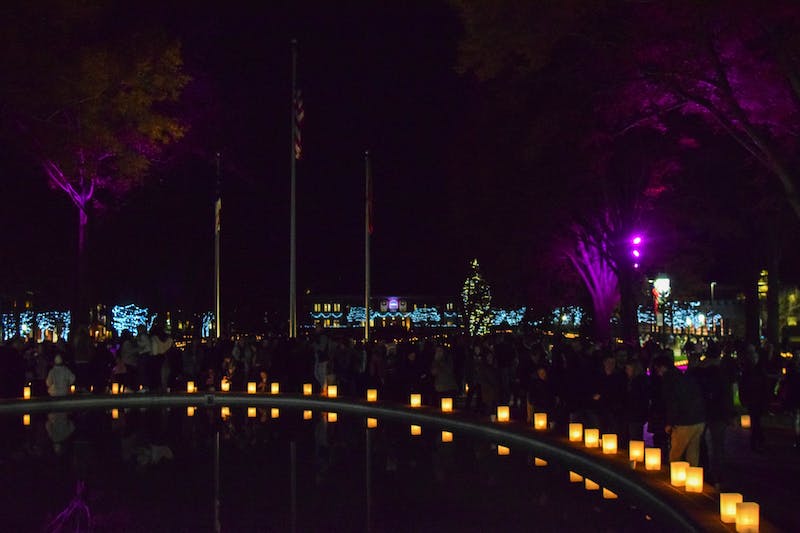 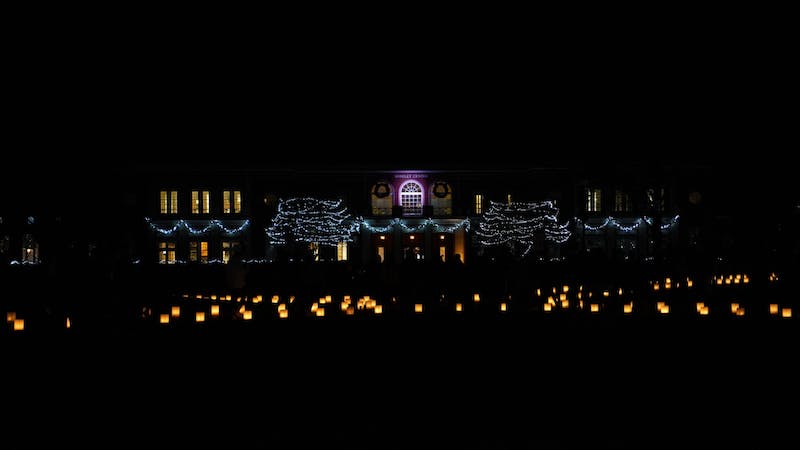 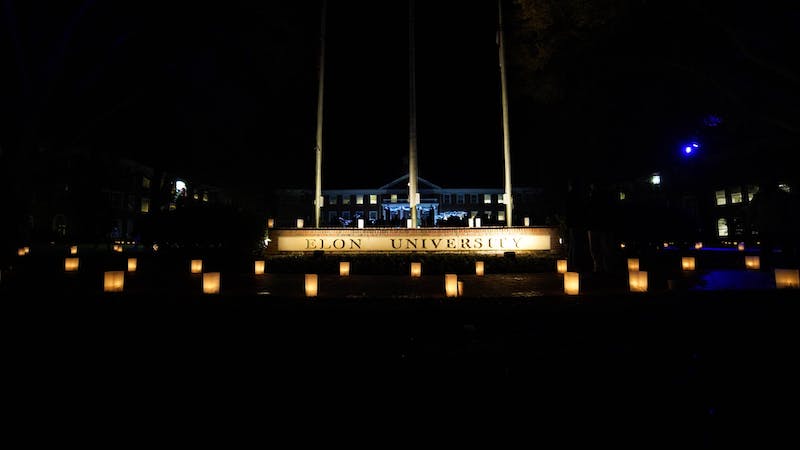 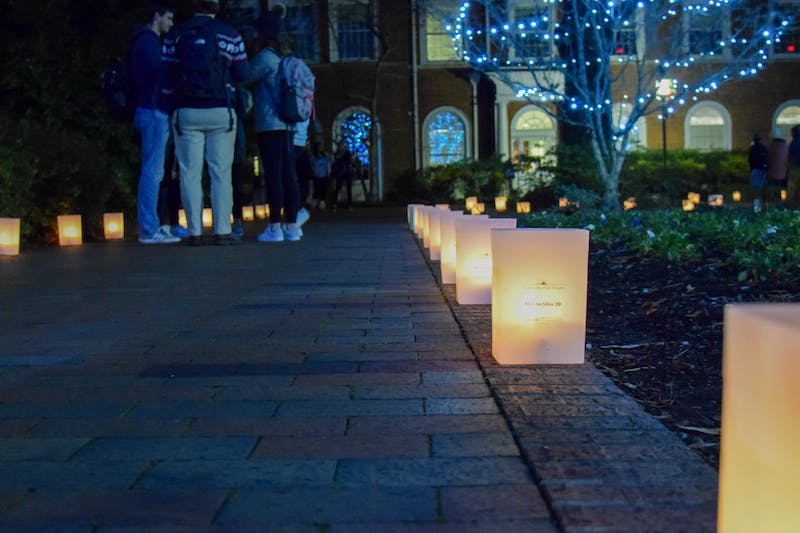 Once a year, Elon University students gather around Alamance fountain, sipping hot drinks and listening to music. Santa and Mrs. Claus can be spotted posing for cameras and talking to children. The soft light from the Luminaries illuminate paths around Alamance and Moseley Student Center. Last night, the campus and town community joined to celebrate the holiday season and take in the sights of the 35th annual Festival of Holiday Lights.

The Festival of Holiday Lights, commonly referred to by students as “Luminaries,” took place on campus last night. The annual tradition began in 1984 as a small Christmas tree blessing, but has since become an event with hot cocoa, visits from Santa and Mrs. Claus and live music. Started by former chaplain Roger McBride, the festival is a time for the Elon community to come together and celebrate, University Chaplain Jan Fuller said.

"We bring the Fesitval of holiday lights as a way of encouraging, uplifting and bringing the campus together."

“We bring the Festival of Holiday Lights as a way of encouraging, uplifting and bringing the campus together,” Fuller said.

The Truitt Center was responsible for running the festival. Jan Register, administrative assistant for the Truitt Center, said the center receives help from many departments on campus.

Freshman Kennedy Boston attended the festival last night for the first time. Boston said the festival “gave her a sense of home.”

“In my neighborhood at home, we light luminaries all around the block,” Boston said. “On Christmas Eve too, you were ‘lighting the way for Santa,’ and that was a huge part of my childhood.”

The festival had approximately 100,000 lights on the trees throughout four locations on campus: Alamance, Young Commons, Moseley Center and the Inman Admissions Building.

Sophomore Lily Santiago, an eco-rep for Historic Neighborhood, said the Office of Sustainability has been prepping the kits for the last month for the festival.

“We plan to hand these out during the festival to encourage people to wrap their gifts more sustainability instead of going out and buying more gift wrap and bags that end up being used once and sitting in the landfill,” Santiago said. “All of the kits are also inclusive of different faiths and holiday traditions so everyone can celebrate sustainability.”

Santiago also said that the Office of Sustainability’s updated waste disposal system might also make the event more sustainable, making it easier to compost paper used in the celebration.

According to Office of Sustainability intern and junior Kaitlynn Dixon, the gift wrapping table was nearly empty before the festival even started.

“A lot of people were confused at first,” Dixon said. “But after explaining that newspapers are recyclable and fabric is reusable, which is much more sustainable than wrapping paper, they really liked the idea.”

According to Durr, Physical Plant switched to LED lights a few years ago, “which are more energy-efficient than traditional holiday lights.”

The LED lights require less than 80 amps of electricity, a subcontractor for the university said. The incandescent style lights that were originally used would require nearly 420 amps to light campus.

Robert Willis, electrical supervisor, said with the LED lights it is “more than one third of what the lights used to cost” when traditional lights were used.