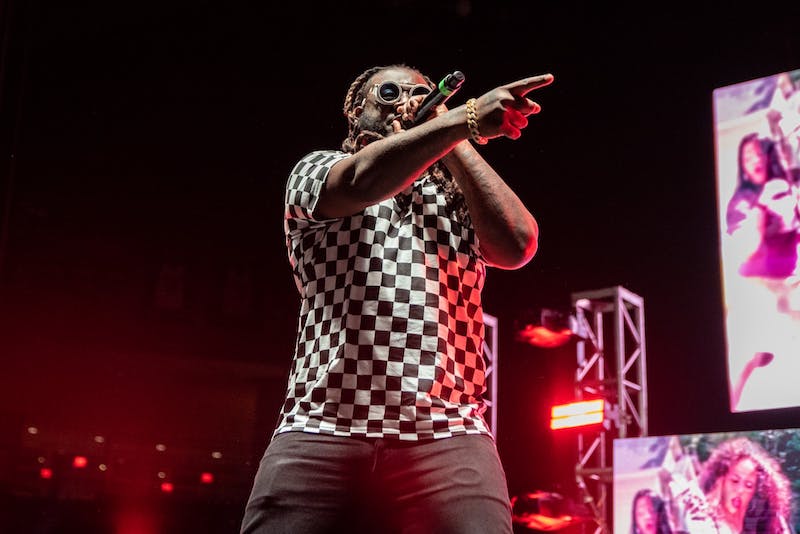 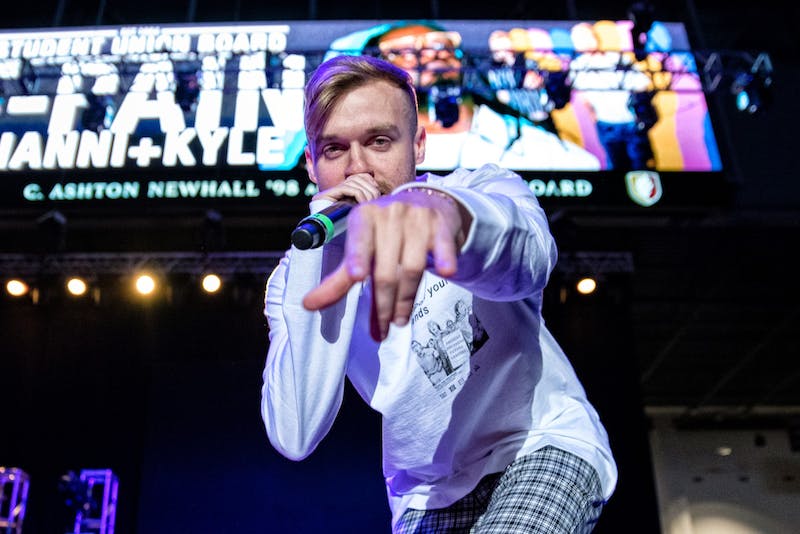 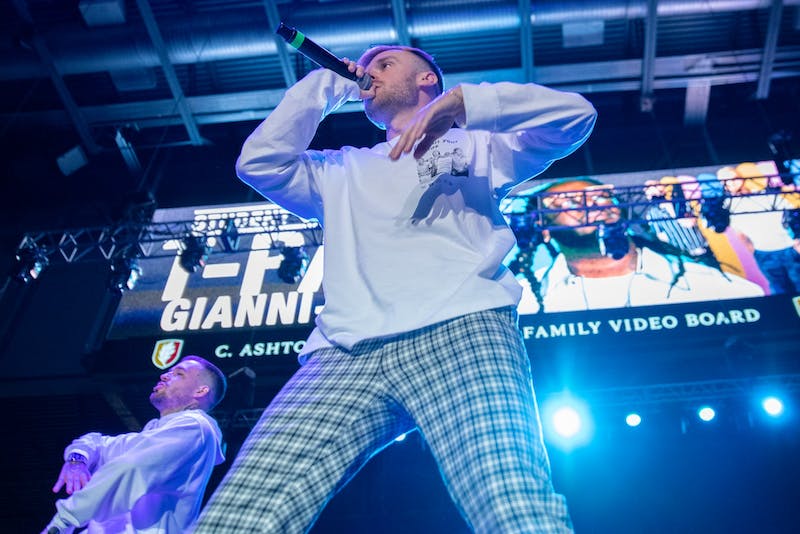 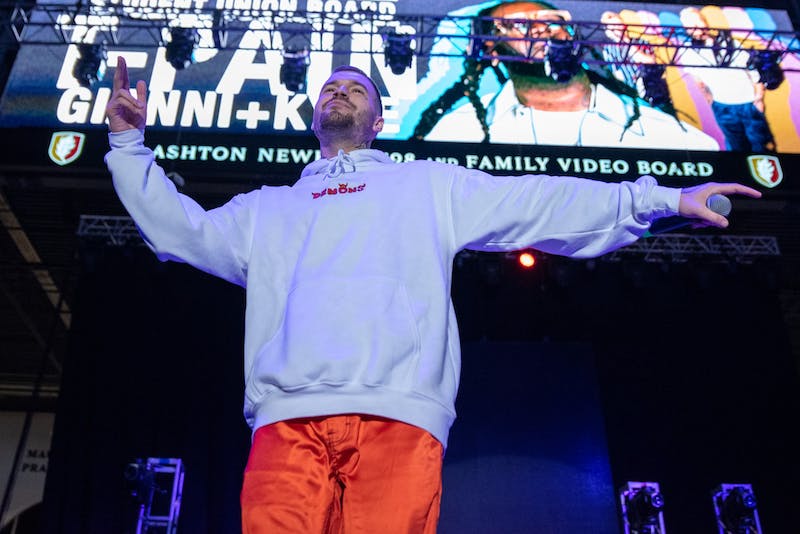 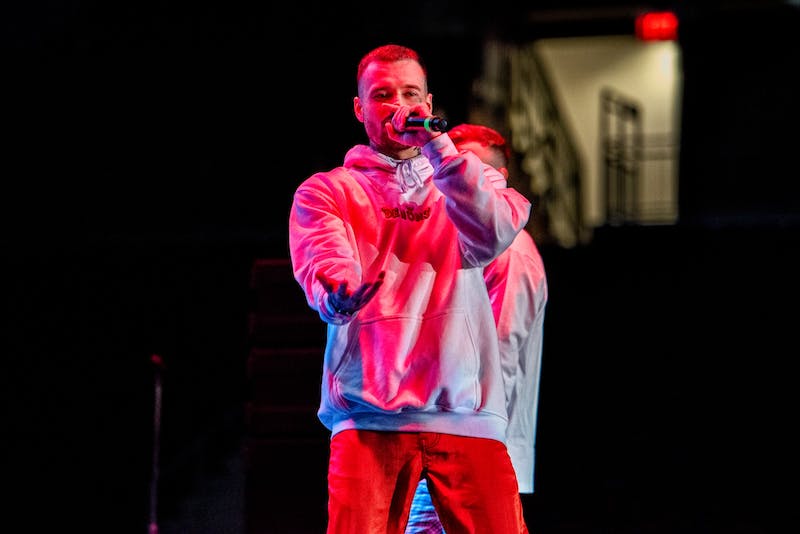 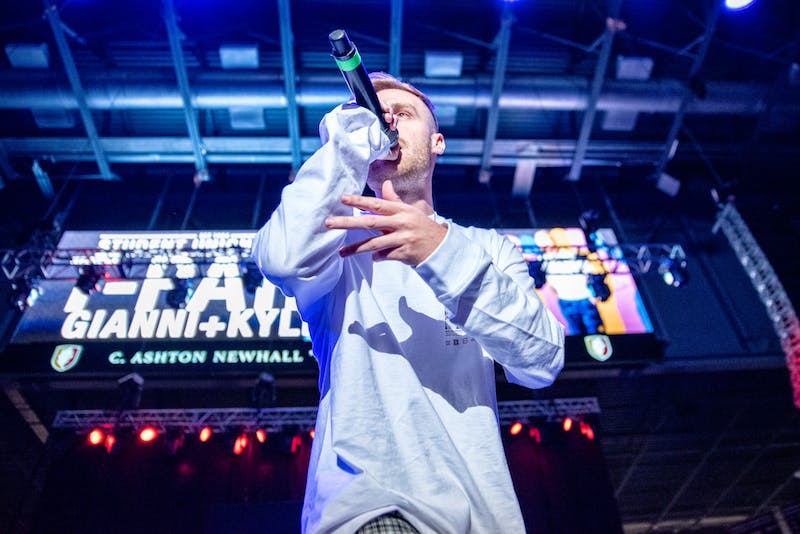 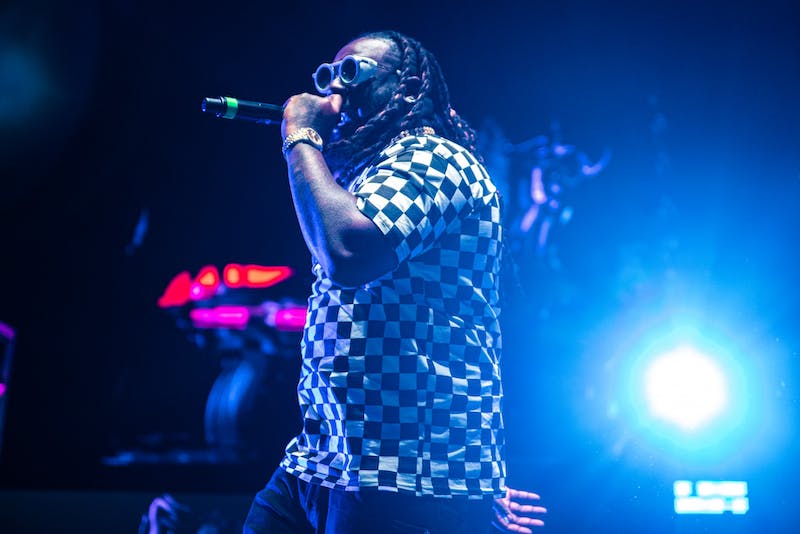 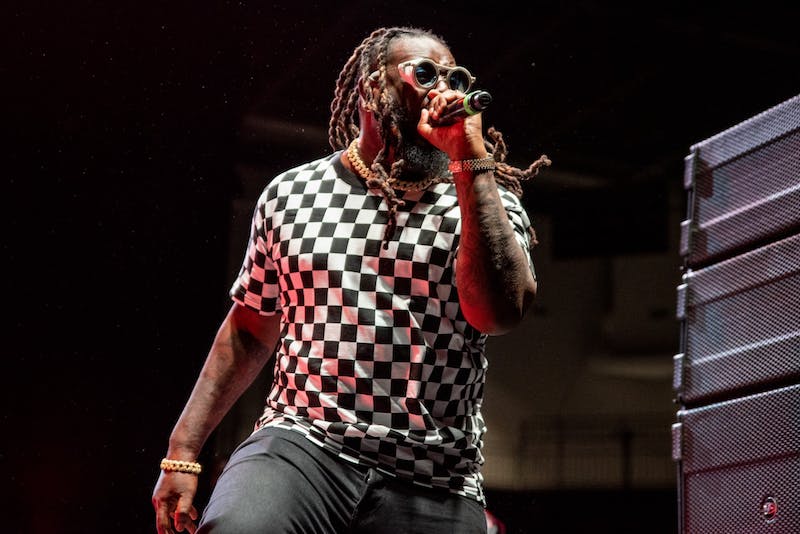 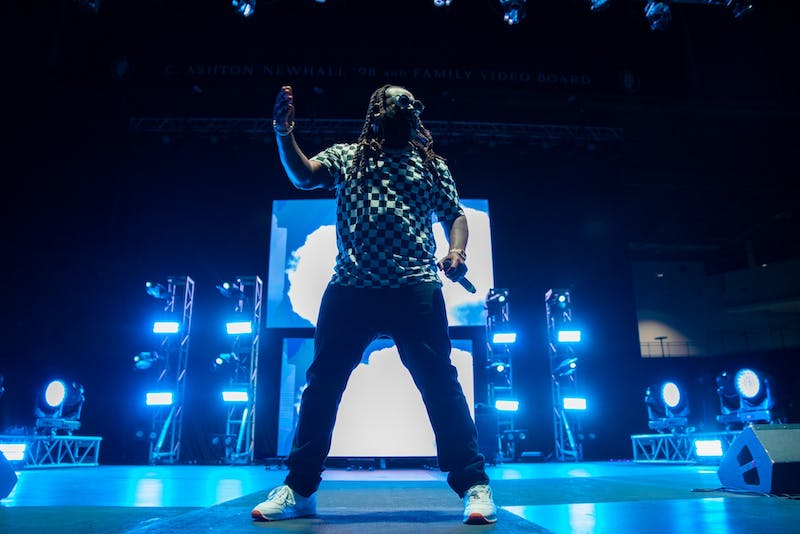 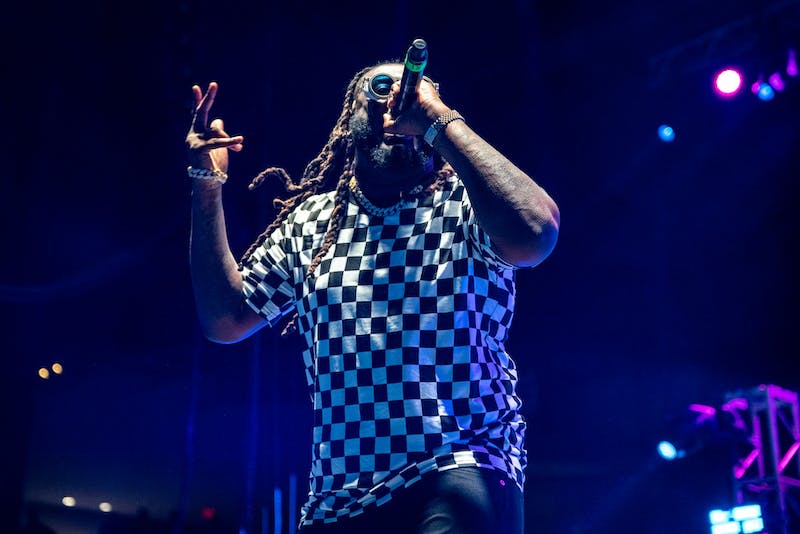 After watching T-Pain perform and reading his post-concert comments about the town of Elon, I’ve developed a negative opinion of the rapper. He took to Twitter after the concert, saying he was “bored af in Elon (whatever that is),” which caused a frenzy among students, including myself.

The above tweet ruined any appreciation I once had for T-Pain’s performance and the great time I had while watching it. There was no need to attack us on Twitter.

Though I did enjoy the concert, T-Pain’s tweets angered me and showed me his true colors.

I now have zero appreciation for T-Pain, as he has ruined my opinion of him by being unprofessional and ungrateful to students who spent their Saturday night in Schar Center.

A decent number of students attended this year’s Homecoming Concert. The event surprised me, as I had zero expectations.

The opening act, gianni and kyle, was irrelevant to me before this day, but I thoroughly enjoyed their music and will definitely listen to them in the future.

The opening act felt slightly dragged out. Though maybe I just wanted to see the main act.

Once Gianni and Kyle were done, there was, of course, another waiting period, then it was time for T-Pain.

After some crazy dancing and singing by him, the show improved greatly. The crowd was excited, and everyone appeared to be enjoying themselves, as I was.

As he sang his greatest hits such as, “Buy U A Drank” and “I’m ‘n Luv,” it felt as if he was singing only bits and pieces of his top songs and his newer, less popular songs were lasting forever.

As a concert buff myself, I appreciate it more when the top hits are more heavily featured than new songs.

It is a more valuable and impactful experience if the artist plays songs the crowd can sing along to and enjoy.

I have been to many concerts in the past, and the ones I enjoyed the most featured songs I know well.

This is what T-Pain lacked by focusing less attention on his hits.

Another key element to the concert that I found hilarious was when he sang “All I Do Is Win” and had a slideshow in the background with him and every Grammy he has ever won. It was an interesting element but was too conceited for my liking.

Even though T-Pain has not released a ton of big hits recently, he still was able to put on a good show, as I did enjoy his music.

Prior to him being announced as this year’s Homecoming performer, I would’ve anticipated a no-name artist to come, or someone with less popularity. However, the announcement of T-Pain was an extremely pleasant surprise.

He put his heart into each song he performed, immersing himself in the choreography and beat.

T-Pain’s performance got the audience involved, and everyone appeared to be enjoying themselves.

Celebrities like him need to be more aware of how their words on social media can impact the community they are discussing.

Maybe next year we will find an artist who is more grateful to come to our campus.