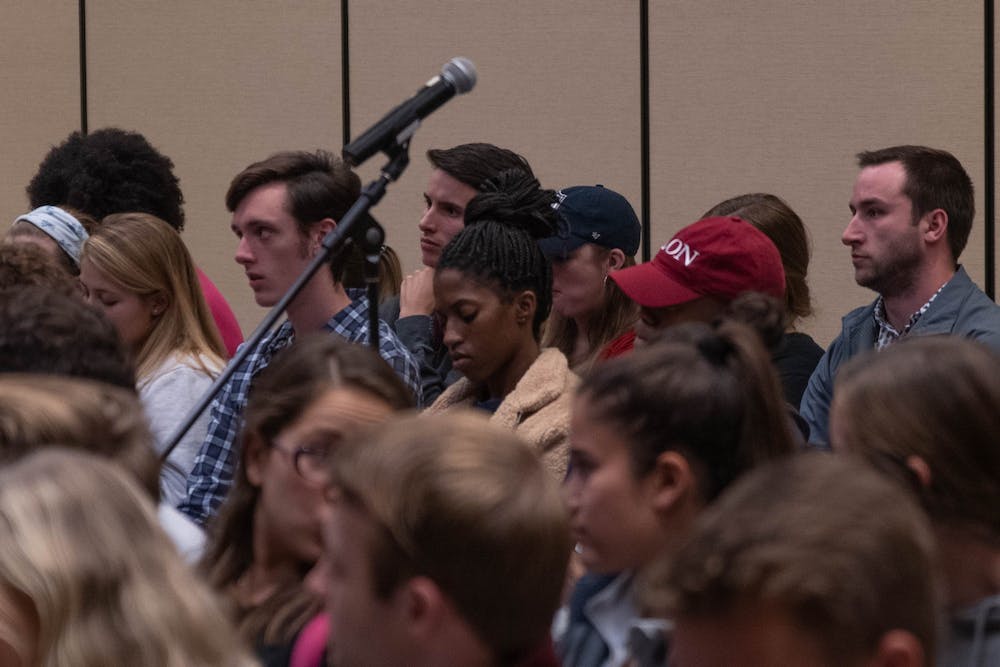 Student Government Association held its final town hall of the semester about the new funding model for the treasurer's manual. Treasurer Amanda Yaffa and assistant comptroller Frankie Storm facilitated the forum, splitting it up into sections: Applying for Funding, Reimbursement Process and Questions.

The conversation began by discussing how to find the forms to apply for money. On PhoenixConnect, students who have access to the organization’s page must go to “manage organization”, then “finance settings”,  then “create new budget request”.

For requests over $1,500, the finance board invites members to an informal meeting to talk about the intention for the money. Students raised concerns over this appearing as if they are “making it up as they go." Yaffa assured that it is simply to connect with organizations and see the tangible effects of the money.

For requests over $5,000, members will be invited to speak in an SGA senate meeting about their intentions with the money.

In terms of what will not be funded, alcohol, fundraisers, personal items, gifts and anything generating revenue, were on the list. Further, organizations not in good standing with the university will not receive funding.

The conversation shifted to the reimbursement process. SGA senator Daniel Dorociak spoke next, voicing his concerns over his $409.75 debt from multiple conferences he attended for his organizations. SGA currently can only fund up to $80 for hotel rooms, which Dorociak said that for that price you “can’t get a hotel room unless it's next to a drug dealer and a prostitute."

Yaffa agreed that it is hard to find hotel rooms under that price, but it is out of SGA’s control for now as it has been university policy for about five years. She added that for those prices that exceed $80, it is up to the organization to fund it, whether it be through membership dues, fundraisers, or out of pocket. Storm added that SGA is “partnered to organizations to help them achieve their goals, not solve them for them."

For students that cannot afford to pay in full then get reimbursed later, SGA offered the use of Yaffa’s procurement card, check requests and transfer of funds digitally.

Currently, the reimbursement process is done on an individual level as the form is under Student Government’s PhoenixConnect page. Treasurers of organization cannot see who gets reimbursed for what and when. Students suggested putting the reimbursement requests under “finance settings” for the organization, where the other funding requests are. Yaffa said she would discuss it with the finance board.

A common student concern is the length of the process. Currently it takes about three weeks to book spaces on campus, then about a month for the funding process. For events earlier in the semester, it is difficult to plan. Yaffa and Storm agreed it is frustrating. They drew attention to seed funding, which is at the end of the year, after treasurer turnover, SGA gives funding to organizations based on membership. It is at most $400.

Transparency was a big theme of the night.

“SGA has been struggling as well… adapting and trying to use this model," Yaffa said.