More than just a Car Club 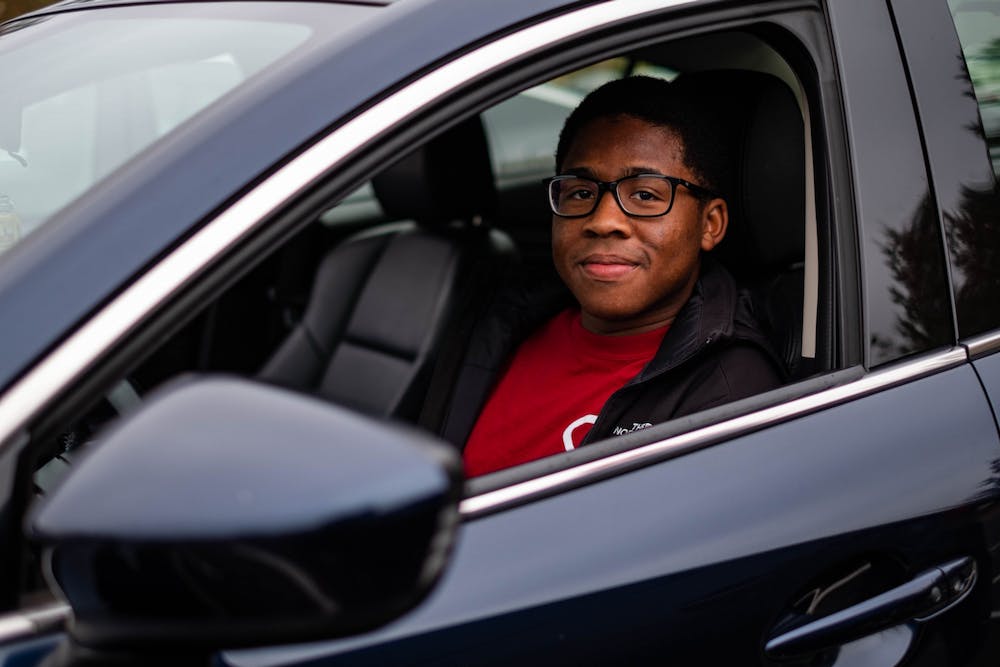 During his freshman year, junior Ayo Onasanya found himself constantly parking next to the same car but never met its driver. Weeks into his sophomore year, Onasanya spent some time at Org Fair chatting with the students behind the Elon Motorsports and Driving Club table and met his future roommate — the man he’d parked next to for a year.

“When it came to find roommates, I thought I might as well find people with similar interests. So now me and two other guys in the club live together,” Onasanya said.

With the club, students can combine their knowledge and experience of cars while enjoying camaraderie with other car enthusiasts.

Every Thursday, 25 members of the club gather in the Colonnades parking lot with their vehicles to talk about anything ranging from car parts and new vehicles on the market to how their weeks are going personally and academically.

However, according to the organization’s president, Onasanya, the club is more than a club. It is a place where individuals such as Onasanya have found roommates and a core group of friends.

“It’s not very often that you find a group of people that are as crazy about something as you are. I was into cars in high school, but becoming part of the club, I finally found my people,” Onasanya said.

The club started with only five members. Since then, it has seen significant growth and has made a presence on campus.

“Elon Motorsports has been a big part of my college experience since day one,” sophomore Leo Johnson said. “Cars have always been a hobby of mine, and the ability to connect with other Elon students through the club was really great for me.”

Since Onasanya joined the organization last year, he has developed connections and bonded with others over his passion and love for cars.

According to Onasanya, at the club’s core is, “a group of guys and girls with a love for cars in one way or another.”

Onasanya said seeing a change the club makes in an individual over time is a “rewarding feeling.” He said that a members’ personal growth can be seen in their cars.

“Cars are reflections of [an individual’s] personality,” Onasanya said.

As president, Onasanya mainly acts as a facilitator for the organization and prefers to see himself as equal to the other club members. Onasanya is keen on developing long-term connections with his peers and often has dinner with members of the club.

According to Onasanya, the club holds semesterly events such as Grill and Chill, which provides members with opportunities to hang out and grill food while helping one another fix their cars. Autocross is another event that bring members together over their shared passion.

Onasanya said he finds comfort and value in the ability to bond and discuss a shared hobby and love for cars.

The connections Onasanya has formed in the organization have developed into friendships. Club members have a group of people they can go to, not just for vehicle assistance or conversation, but for personal advice as well.

The club consists of a “chill group of people, always hanging out outside of meetings” Onasanya said.

Onasanya said the term “car” may steer some away from the club if they feel as though they lack knowledge on the subject.

However, those interested in the Motorsports and Driving Club can have the most basic knowledge of cars and still join.

“Some come [to meetings] with no knowledge of cars and still have fun. Literally anyone can join,” Onasanya said.

In addition to learning more about automobiles, Onasanya said the club offers opportunities for novice members to develop their driving skills.

Specifically, they participate in Autocross through the Triad Sports Car Club, where members drive their personal cars on a small closed course.

Onasanya said the purpose of the event is to improve the members’ skills behind the wheel.

"ELON MOTORSPORTS AND DRIVING CLUB IS A DIFFERENT YET INTERESTING DYNAMIC."

Having the opportunity to hang out, drive and bond over one common passion are some of Onasanya’s favorite parts of the organization.

According to Onasanya, the club is a “different, yet interesting dynamic,” and is a relaxed environment that supports inclusion.

Onasanya said ultimately, the organization intends to create a safe space, where anyone can share their interests, knowledge and love for cars with others and build long lasting relationships.