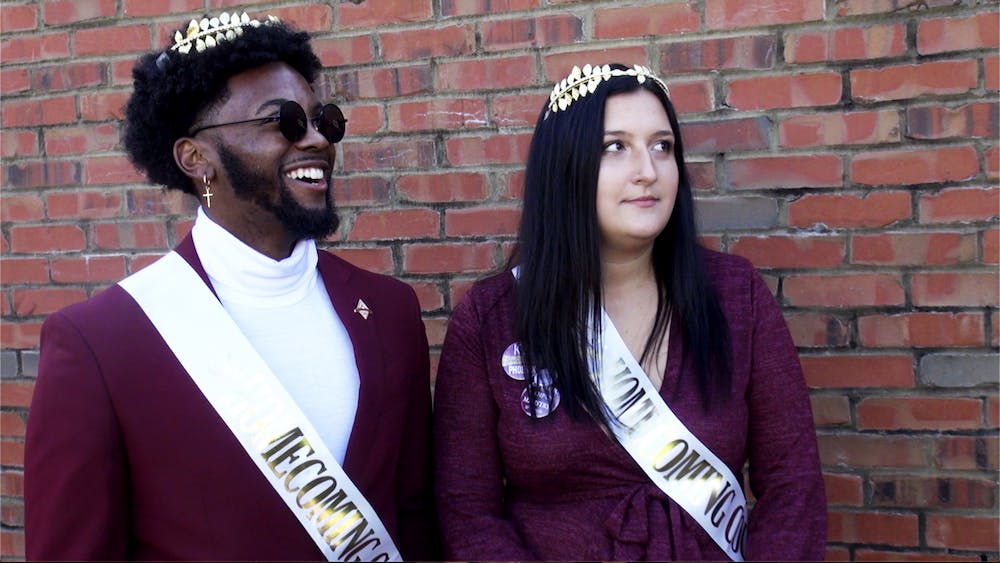 Elon’s Homecoming Court took the field at halftime of the Elon vs William and Mary football game on Nov. 2 to recognize their members. During the third quarter, Seniors Katherine Klinger and Derrick Luster were announced as this year’s Homecoming Royalty.

Klinger and Luster were crowned by Mary Carroll '81, who was the first black Homecoming queen to be crowned at Elon.

An Elon homecoming tradition, court members raise money towards philanthropies of their choice. In the past, Elon’s Student Government Association has given money to the royalty winners’ chosen charities– but this year, the SGA announced that they would not be continuing this. Instead, members of this year’s court raised money on their own.

Klinger brought awareness to the issue of suicide and mental health, choosing to support the American Foundation for Suicide Prevention. The foundation provides information and support to In order to raise money, Klinger started a Facebook fundraiser campaign.

“I held a Facebook fundraiser for the last week and a half and raised 700 dollars,” said Klinger.

Luster raised money for Burlington Housing Authority. The association helps to give federally funded housing to those in need. Rather than setting up a traditional fundraising campaign, Luster centered his focus on volunteerism.

“I’ve been taking people more often with me to Burlington Housing Authority to volunteer,” said Luster.