As mumps cases continue to surface on campus, state legislation and university rules define the requirements for student vaccine exemptions 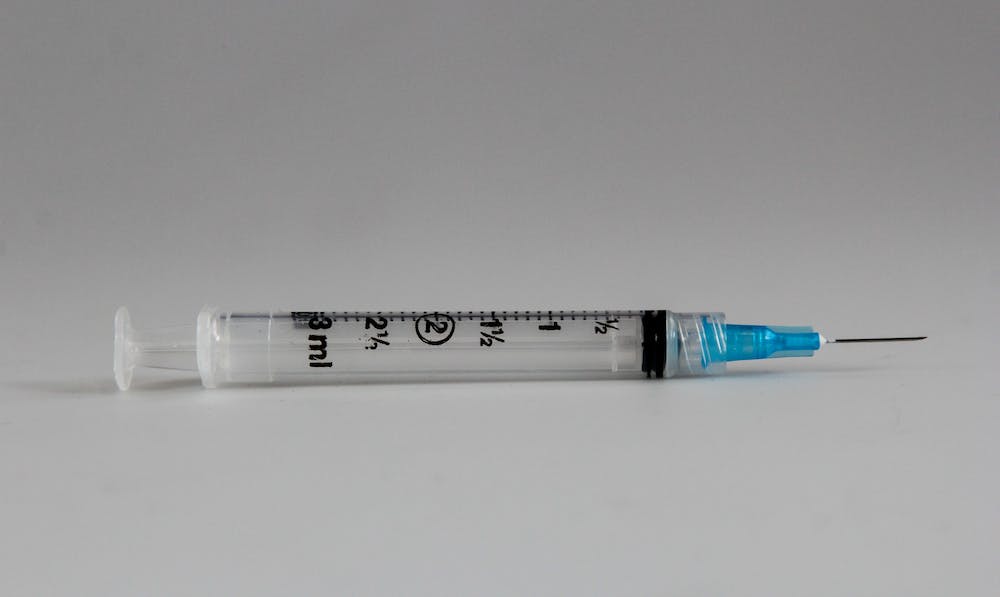 According to Dean of Students Jana Lynn Patterson, less than 1% of the student population at Elon — which has more than 7,000 undergraduate and graduate students enrolled this year — is exempt from vaccinations. Patterson declined to give the exact number.

“We work intensively with students coming in prior to their matriculation to meet the state’s requirements,” Patterson said.

North Carolina requires non-exempt students at all colleges and universities — public or private — to be immunized.

At Elon, if undergraduate students do not file their documentation, they will not receive their residence hall assignment, be able to attend orientation or class, until all requirements are complete. Elon’s form also states that “failure to comply will result in administrative withdrawal from the university.”

Tina Brannock, who works at Student Health Services, handles all immunization records for undergraduate and graduate students at Elon.

She said that no religious exemptions are granted to the more than 200 graduate students in the physician assistant and physical therapy program.

“They cannot have religious waivers. They have to be vaccinated in order to be in that program, because they’re going into clinical sites,” Brannock said. “A medical waiver is different because you can’t help how you’re born, so there is an exemption with that.”

The three major exemption types are medical, religious and philosophical. According to a study done by LexisNexis State Net Database and the Immunization Action Coalition in May 2019 and adapted by the National Conference of State Legislatures, “all school immunization laws grant exemptions to children for medical reasons,” allowing students who cannot receive a vaccine due to the risk it poses to their health to be exempt.

According to the North Carolina Department of Health and Human Services, a medical exemption can be issued to a student if “a physician licensed to practice medicine in this State certifies that a required immunization is or may be detrimental to a person’s health.”

Some reasons for medical exemption include severe allergic reaction, severe immunodeficiency, and pregnancy. Students might also temporarily be exempt if showing symptoms of severe or acute illness.

"If they want to have their pastor or whichever religious belief sign off on the exemption, it's OK."

Students with a religious belief preventing them from receiving a vaccine may still attend school in the state of North Carolina “upon submission of a written statement of the bona fide religious beliefs and opposition to the immunization requirements,” according to the NCDHHS.

Religious exemptions to vaccination, unlike medical exemptions, do not require a form or documentation from a religious leader and can be sent by the students’ parents or guardians, or the students themselves.

“If they want to have their pastor or whichever religious belief sign off on the exemption, it’s OK. Some of them get them notarized,” Brannock said.

Patterson declined to comment on the breakdown of students with religious and medical exemptions.

On Elon’s campus, vaccination and religious implications made their way into a club discussion. Better Together, an interfaith discussion group, talked about the topic at its last meeting. Better Together coordinator Marcinah Lovick said the conversation spurred from the recent cases of mumps.

“At one of our Better Together nights, we started thinking about reasons why someone wouldn’t get vaccinated. Then we decided to make that the topic of our next meeting,” Lovick said.

North Carolina is one of 45 states to allow religious exemptions; 15 states allow philosophical exemptions as well as religious and four states do not allow either exemption, according to the National Conference of State Legislatures.

Another variation in vaccinations in the United States is university and four-year college policies. Vaccination policies can differ from university to university, even within the same state.

In a study of 216 four-year colleges and universities conducted for the Journal of Adolescent Health in 2018, while all schools required the same vaccines included in state requirements, 65% also required additional vaccines.

The vaccination to prevent mumps is called the MMR vaccine, or mumps, measles and rubella vaccine.

“If you have 100 people within 3 feet of somebody with mumps who decides to sneeze and not cover their nose or mouth, of those 100, maybe 12 of them will get the virus, and of that 12, if they’ve all been vaccinated, some of them may have no symptoms at all,” Archinal said.

According to preliminary data from the CDC, from Jan. 1 to Oct. 11, 2019, 48 states and the District of Columbia in the U.S. reported mumps infections in 2,618 people. In North Carolina, cases of mumps are reported to have reached 20 to 49 cases.

While the number of mumps outbreaks has gone down significantly since the MMR vaccination program was introduced since 2006, “there have been several increases in cases and outbreaks about every five years,” according to the CDC.