The Inn at Elon's unique mission

Income from the upcoming inn, set to open in January 2020, is to be used for student scholarships 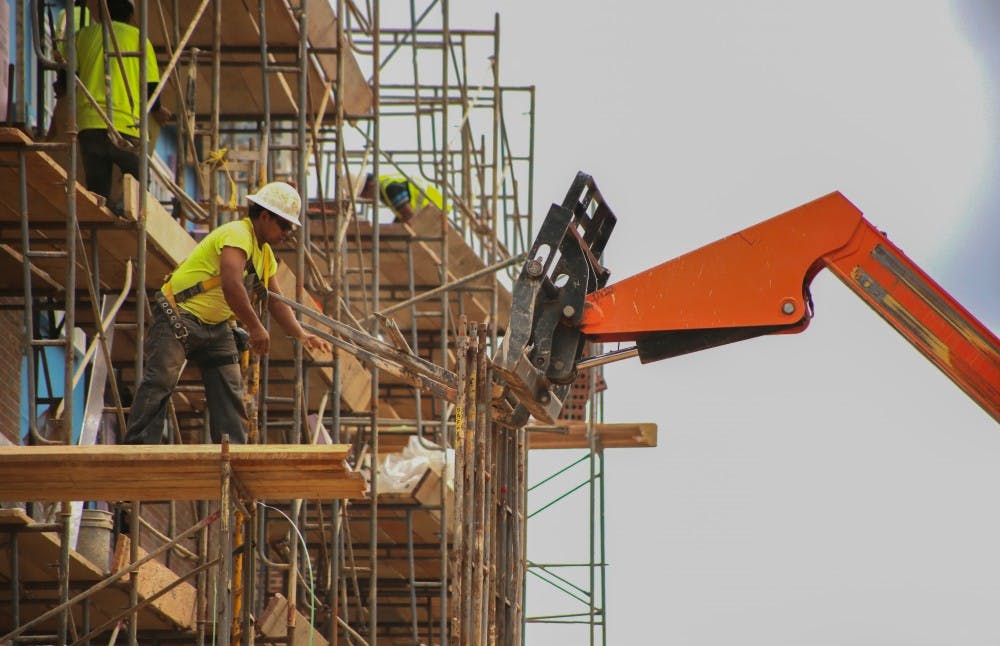 Photo by Anton L. Delgado | Elon News Network
The Inn at Elon, which is set to open in January 2020, is in the midst of construction — the inn is accepting reservations. The establishment’s predicted revenue will fund student scholarships.

Correction — Oct. 10 at 3:28 p.m. The article previously misstated that the approximate cost of the Inn at Elon was $27 million. It has been corrected to $23 million. Elon News Network regrets this error.

Starting in early October, the university has begun taking reservations to fill Elon University’s new hotel for next year. Raising money for financial aid is the main mission for The Inn at Elon, which is currently under construction.

“All of the profits from this inn beyond the operating expense will go towards Elon scholarships,” President Connie Book said. “Part of the endowment that is designated for scholarships provides 5% off of the investment annually for scholarships. The goal of this inn is to beat that 5%.”

dollars was the original investment for the hotel from the university's endowment, specifically from members or Elon's board of trustees.

The original investment for the hotel came out of the university’s endowment — specifically from members of Elon’s board of trustees — the lead gift being $2.5 million.

According to Book, other college campuses often use on-campus hotels as learning experiences for students in hospitality-related majors. The Inn at Elon, however, will focus on generating revenue to fund scholarships.

“Students would be employed separately. It’s not work-study,” Anderson said.

Anderson declined to comment on the total projected cost for The Inn at Elon and the prospective profits for its first year of operation. However, the Alamance County commercial building permit application lists the Inn's construction cost at approximately $23 million.

Carrie Ryan, director of auxiliary services, is working as the liaison between the university and Charlestowne Hotels. The company manages inns for approximately eight universities, three of which have hospitality-related majors.

"Elon is unique, but not alone, in that 100% of the revenue above operating expenses will be used to fund student scholarships."

“Elon is unique, but not alone, in that 100% of the revenue above operating expenses will be used to fund student scholarships,” Ryan said.

Planning this next stage of campus growth has taken years.

“An on-campus hotel and conference center is an idea Elon has been considering for close to two decades,” Ryan said. “The idea was generated by the university’s board of trustees and senior leadership to create a place that will attract alumni, parents and friends who visit Elon for a wide variety of events.”

Ryan said the inn’s mission is to provide more financial aid and focus on giving guests a more engaging Elon experience which will make the school more accessible, while also providing a luxury experience for guests.

Boissonneault declined to comment on the inn and her position.

The inn will provide a place for the public to stay on campus and is geared towards families of students and prospective applicants to Elon. The inn will also be open for events such as weddings and conferences, opening up the campus to the public.

“This one is designed to generate revenue,” Book said. “We will not run it, because we do not and do not plan to have a hospitality major.”

Charlestowne Hotels is the third-party hospitality management company that will operate the inn.

According to Anderson, Charlestowne Hotels will also manage staffing. Anderson said students will be able to work at the establishment, but since Elon is not running the inn, students will not receive a university paycheck.