T-Pain will still perform at homecoming despite canceling national tour 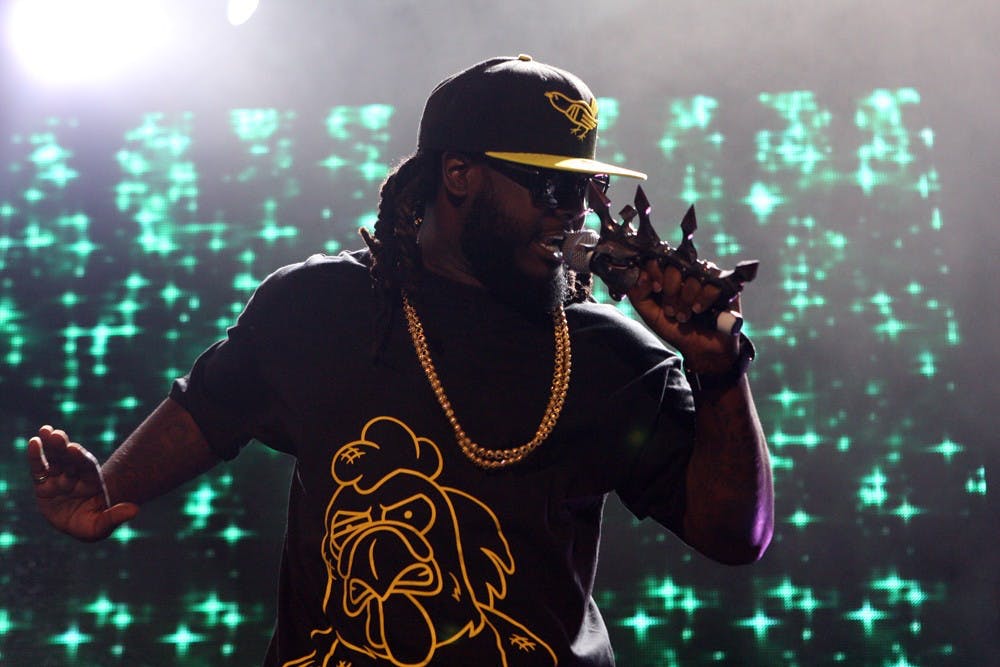 Elon's homecoming performer and award-winning rapper, singer, songwriter and producer T-Pain has canceled his national 1UP DLC tour. However, in an email to Elon News Network, T-Pain's manager Nicolette Carothers of Cinematic Music Group said he will still be performing at Elon's homecoming concert on Nov. 2 in Schar Center.

In an Instagram post on Tuesday night, T-Pain cited low ticket sales as the reason for canceling the tour.

“Let me start by saying that my team set up the tour in September. If you’ve ever set up a whole month-long tour before, you’d know that’s not enough time to set up a full tour. Some corners got cut, production went missing,” T-Pain said. “I wasn’t as hands-on with the planning and things that I should’ve been because I’ve been busy as hell.”

According to T-Pain, all ticket sales will be refunded and that it wouldn't have been fair to him or his fans to continue the tour. T-Pain was initially scheduled to perform in Michigan the night before the homecoming concert, and in Ohio the night after.

"You can keep going up to a point but if it starts affecting other people's lives," T-Pain said. "You gotta let it go."

Liam Collins contributed to the reporting of this story.