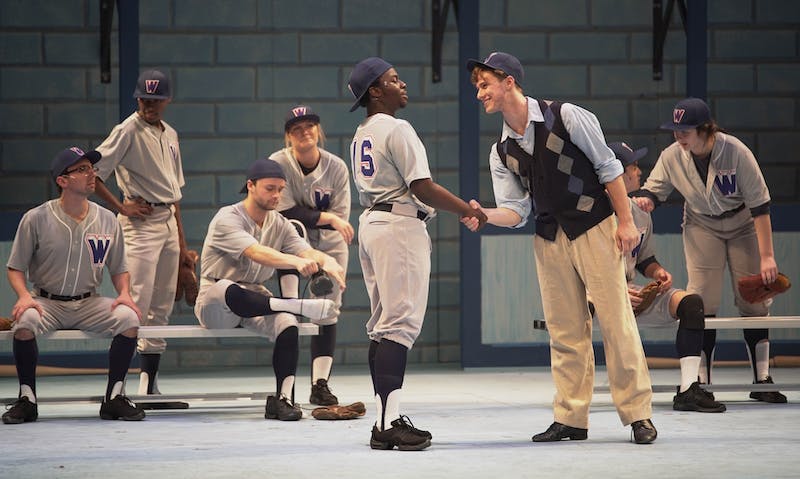 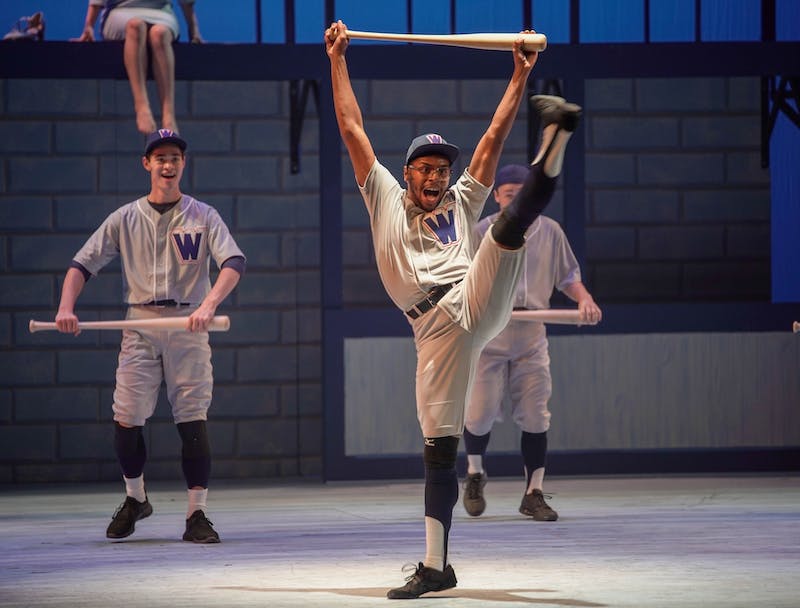 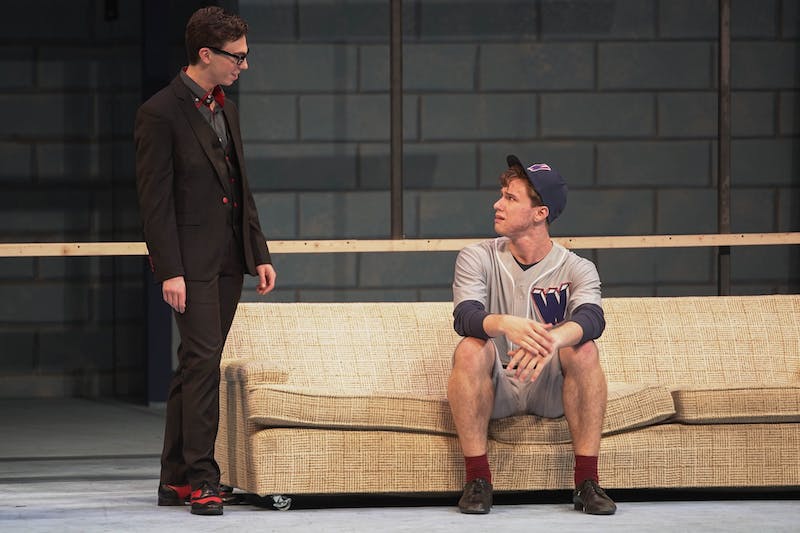 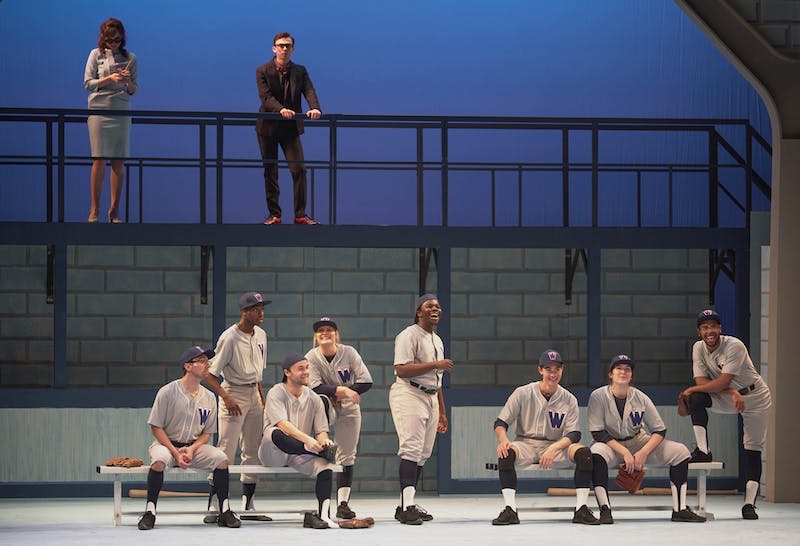 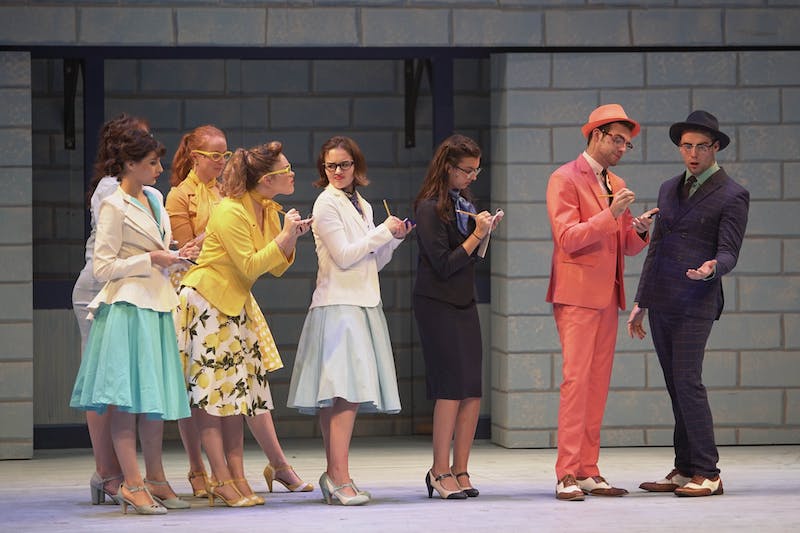 Producing a play can be daunting, but for some Elon University students, it’s a collaborative and creative process where the final product makes those behind the production proud and joyful.

“Damn Yankees” is based on the novel “The Year the Yankees Lost the Pennant” by Douglass Wallop.

They are discontent with their marriage, and Joe desperately wishes that the Washington Senators would beat the Yankees, hence the phrase “Damn Yankees.”

According to junior Kevin Lacey, a music theatre major who plays Benny Van Buren in the show, costuming is central to the intended message of the script.

Costume designer Jack Smith takes on the task of creating a classic American mid-century look for each individual character.

Smith said “every show is different” with regard to the costuming and that “there are some shows where the costumes are a major part of the storytelling, while some are not.” Smith also said the costuming for “Damn Yankees” required attention to both detail and to how the actors felt about their roles.

“Anything that touches the actor is part of the storytelling,” Smith said. “There is a lot of collaborating with the actor.”

The collaborative process is essential for Smith’s vision to come alive. The costuming is directly responsible for “setting the tone, the period and who these characters are to the audience,” he said.

Smith went on to speak about the relationship he said he had with those involved in the play.

“I love working with the actors and figuring out who these people are in addition to the process of putting the show together and creating,” Smith said. “Every show presents both its challenges and its joys.”

Smith said there’s a process that comes with forming each play.

Costuming plays a pivotal role in allowing the audience to accurately comprehend the message and follow along with the central themes of the play.

Smith said he “looked at a lot of late 60s advertising: Coca-Cola, movies and everyday products such as Playtex gloves.” Smith said this allowed him to not only help him get a sense of what people wore during that time but of their ideals as well.

Choreographer Deb Leamy also spoke about the role that costuming plays in portraying a story from another time period.

“They are always essential, but only as essential for this show because of the period of time: the 1950s,” Leamy said. “If the audience doesn’t get that, then what is being portrayed won’t make sense. It’s an older show, [but] we are still trying to do something new and different with it.”

"I have such a talented cast. it has been a joy and the cast's work ethic has been stellar."

According to Smith, his vision didn’t come together overnight. He said his work required extensive research and trial and error.

“Two women are on the baseball team; we didn’t disguise them. Obviously, they have the appropriate undergarments, but twenty years ago, you couldn’t do that,” Smith said.

Smith discussed how in today’s current climate, a period where the media holds so much power and significance, stories told through art are timeless.

Smith said through the production process, it became increasingly crucial to follow a storyline related to current times even though the story was fueled by the past.

Theater has “never shied away from difficult or controversial topics,” Smith said.

Leamy said working on “Damn Yankees” has been a positive experience.

“I have such a talented cast. It has been a joy, and the cast’s work ethic has been stellar,” Leamy said. “From day one, the director, along with Valerie Maze, the music director, set the tone. They have been a joy to work with. It’s been a collaborative, creative process.”