Local community calls for change to Muslim portrayal in media 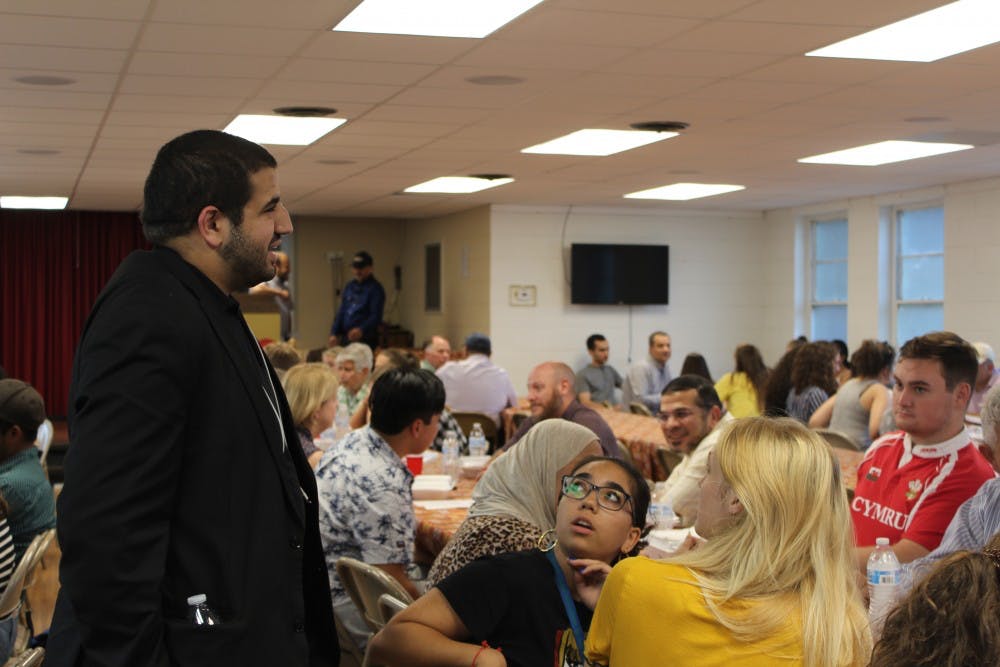 
Moneb Sayed speaks with participants at Muslimedia in Burlington on Sept. 11, 2019

On the 18th anniversary of the attacks on Sept. 11, members of the Burlington Masjid and Elon communities came together for one goal: to bridge two communities together.

After Al-Qaeda, the Islamic-extremist terrorist group, claimed responsibility for the devastating attacks, some Americans began to fear all Muslims –– today known as Islamophobia. In 2001, hate crimes against American Muslims were six times higher, according to the FBI’s Uniform Crime Report.

The Burlington mosque, in collaboration with the Oaks neighborhood, Multifaith Scholar program, Truitt Center and more, hosted Muslimedia, a dinner dedicated to discussing media coverage of Muslims and how it can fuel the stereotype around people of the faith.

Shahar Sayed, a member of the Burlington Masjid, said the mosque is trying to break through the stigma that all Muslims are dangerous.

"We're trying to overcome it by setting a new profile, making it by ourselves and presenting it to the community and others around us."

“We’re trying to overcome it by setting a new profile, making it by ourselves and presenting it to the community and others around us,” he said. “That this is really the true profile of a Muslim.”

Sayed called on the nearly 85 people at the event to help the mosque accomplish their goal.

“Be the missionaries that carry this message and spread it,” he said. “When they go back home to their states or cities, or even in the school, making the school more open and more diverse.”

Sonya Walker, an Elon senior and Multifaith Scholar, partners with the mosque as part of her studies.

“We’re all neighbors, we’re all in this area together and I think that getting to know the people in your community is huge,” Walker said. “For me a big part of my Elon experience has been branching out.”

Walker is researching Islamophobia in the airline industry. She said holding the event on Sept. 11 helped participants think differently of the Muslim community.

“It gives us a new conversation to have on this day that can be challenging for people,” Walker said. “I think to have a new conversation, open doors is really important as we move forward in the United States.”

Moneeb Sayed, Shahar Sayed’s son and member of the Burlington Masjid, said he understands how the stereotypes around Muslims have an impact.

“When they’re hearing a bunch of negative things happening to Muslims just because of who they are and what they believe, they felt like you know we should hide, you know just try to blend in more,” Moneeb said.

On the anniversary of an event that fueled hate towards the group, Moneeb believes people need to look beyond what they see on the outside — or in media.

Steven Mabe, an officer for the Burlington Police Department, stepped foot into the Burlington Masjid for the first time. As a police officer, Mabe said he realizes how his profession also plays a role in how groups of people are perceived.

“I treat everybody the way they should be treated no matter race, religion or anything like that,” Mabe said. “That’s the way I was raised, that’s the way I grew up.”

For Moneeb, the first step to breaking any stereotype starts with saying hello.

“A community is not just built on one religion, on a single type of person,” he said. “ A community is a variety of people in a location working together for a common good.”