Alex Wagner, author of ‘Futureface’, engages with Elon community in discussions on identity 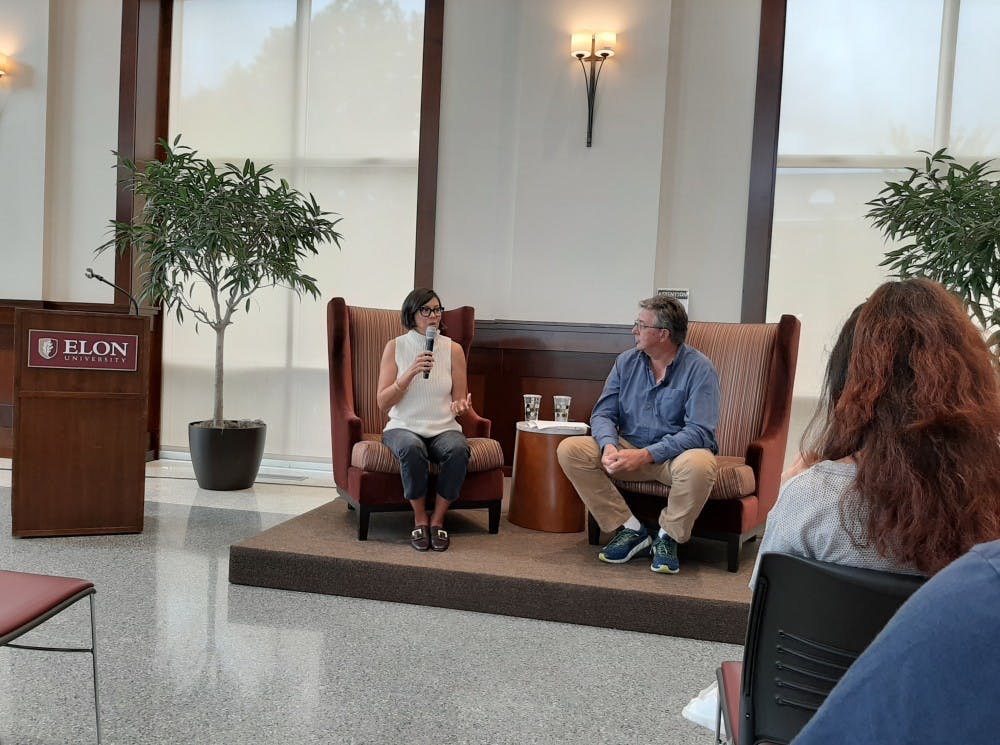 Alex Wagner is on campus to discuss her debut novel, “Futureface: A Family Mystery, an Epic Quest, and the Secret to Belonging,” which was chosen for the 2023 common reading novel.

The journalist, and author, wrote “Futureface” during her own personal identity journey to find belonging and a home.

“I realized in the course of beginning to do this book that… I had been craving a sense of belonging for a really long time and I had really big hopes that this would give me that sense of ‘I belong here,’” Wagner said. “The thing that was fueling me throughout all of this was just that the desire for the simplest most elemental of things, which is just home.”

From journalist to author

Wagner became a journalist at an early age, first reporting for her elementary and junior high newspapers. She later reported for “The Atlantic” and is now the host of “The Circus” on CBS. Wagner says her journalistic experiences helped her during the investigation for her book.

“I think the pulling of the thread, the sort of detective work that was more naturally dovetailed with the journalism I've been doing, now is easier because I knew what that was about,” Wagner said.

Transitioning from writing news to books, however, was harder than Wagner thought it would be.

“Reporting is different because you're in a newsroom; you have editors, you're filing daily or weekly or monthly. But book writing, it's just a very solitary experience. I found it really hard,” Wagner said.

Being the common reading

Wagner said her book being selected to be the Common Reading felt like, “a gift from Elon.”

“To be in a place where people are actively reading the book is, it's a miracle. It's amazing,” Wagner said.

Wagner had two forums Wednesday morning, a public event for the community Wednesday evening and one more forum on Thursday, Sept. 19. The forums are for students and allow them to ask Wagner questions directly about the book, which is tied to the required freshmen COR 110 course.

Stephen Bray, a professor of English, is moderating all of Wagner’s events. Bray said that he “found” the book for Common Reading because of its ties to identity.

“Undergraduate education is about identity, from 18 to 22 you become a different person,” Bray said.

Whether students enjoyed the book or not, Bray said it does not matter. He said, he believes what matters is what they learned.

Wagner’s last event on campus will be a forum held on Thursday, Sept. 19 at 2:20 p.m. in Global Commons.