The Global Neighborhood is ready to receive its sixth class 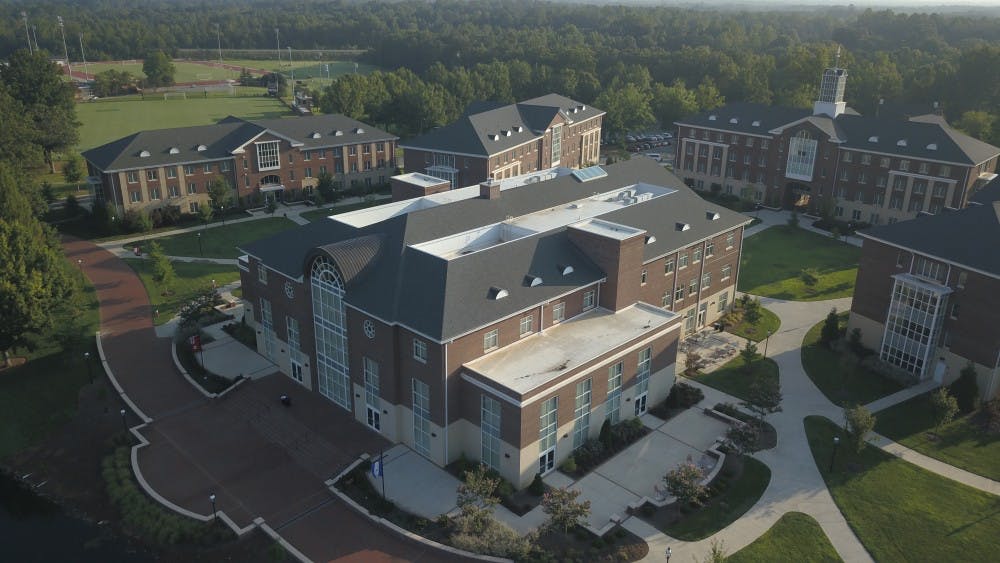 Move In has begun for the Global Neighborhood. The top floors of each building are moving in first, starting at 8 a.m.

Both Orientation Leaders and Moving Team volunteers are meeting students and parents in the Global parking lot and on the basketball court to help move them into their new rooms.

First cars are here and unloading in the Global neighborhood, before the 8 am move in time! Students are eager to settle in! #ENNMoveIn pic.twitter.com/ioqd0ZyS8f

One of the first cars to pull in to the Global parking lot, was full of the Costalas family. Freshman Tharen Costalas is the first of his siblings to head off to college, while he is filled with excitement. His little brother standing only three-feet tall next to his freshman brother, however, is sad to see him go.

For Jaelan Price’s mother, Esther, this isn’t her first rodeo. In fact, it’s her third.  “I’m excited! She’s excited. I’m ready to be an empty nester and just decompress a little,” Esther said.

As for her daughter, there is no hesitation. “I’m ready to get going. I’ve been so excited to move in,” Jaylin said. “I just don’t want to lose anything in the move!”

Cars continued to file in to the Global lot, including a moving van and cars filled to the brim, with even more strapped to the roof.

Julia Javier was one of the incoming students who was unstrapping items from the roof.

“I might have brought too much,” Javier said. “I’m so excited though. It was a long drive from New Jersey, so it feels amazing to finally be here.”

Throughout the parking lot, Orientation Leaders and the Move In team are having a little fun while helping the incoming freshmen.

Sophomore Madeline Martinson says she remembers her move in day here in the Global neighborhood just one year ago. She said her biggest tip of advice to all the families moving in today is simply to enjoy time with family.

“Once things really get moving this afternoon and tonight it goes quickly,” Martinson said. “Enjoy this time with your family as they help you move in. Get your room set up just right but really take the extra time to hang out with your parents and say thanks.”

Martinson said she is eager for things to get started, and hopes the students will enjoy orientation as much as she did.

“Orientation is the best time to meet a bunch of new people. Go to all the events and really get in to it, it’s the only way to get the most out of the start of your Elon career!”

Executive President of the Student Government Association (SGA) Jack Johnson and his Executive Vice President Louisa Sholar were out and about, giving out drinks to families moving in, hoping to make the day as easy as possible. They both reflected fondly on their time so far at Elon and reminisced about Move In Day.

"It's definitely one of the best days of the year," Sholar said. She is also excited for all of the traditions that come with the first few nights, and hinted at a new one being put in place.

Johnson offered a piece of advice to new students that may be timid at the start of their Elon experiece.

"Everyone is just as scared and nervous as you are," Johnson said. "Putting yourself out there opens so many doors you wouldn't have expected."