Town of Elon toughens its stance on noise complaints

A verbal warning is no longer required when police officers arrive at the scene of a noise complaint. 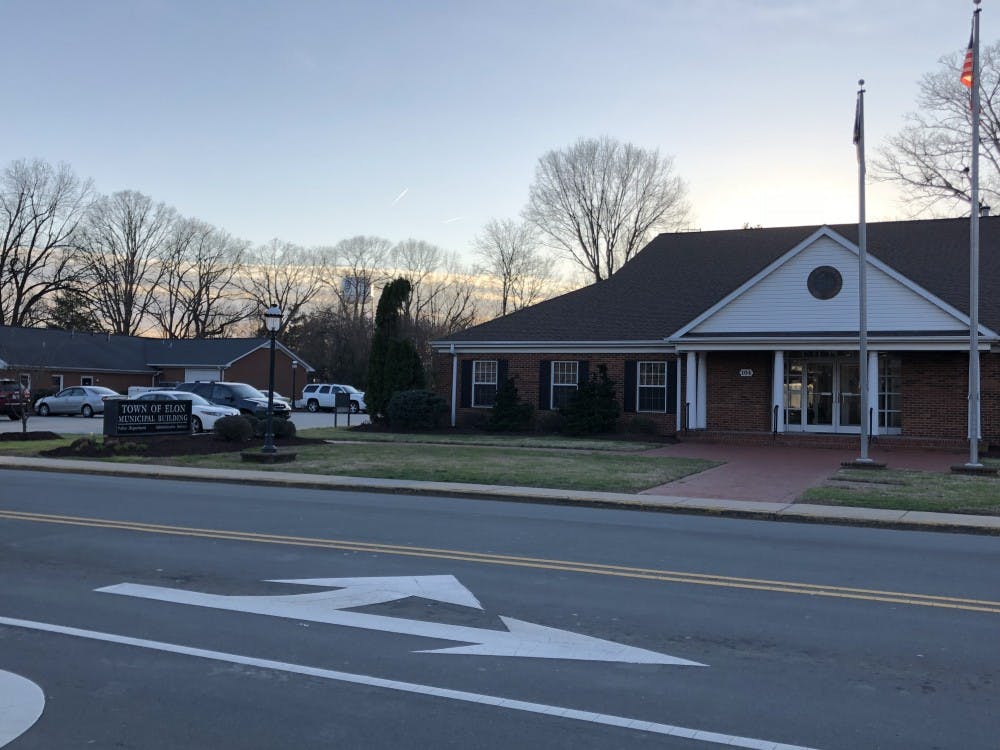 The Town of Elon Board of Aldermen passed the updated code of ordinances last January.

Police officers are no longer required to give a verbal warning on their first notification when dispatched to a noise complaint under the Town of Elon Code of Ordinances.

Before the Code of Ordinances was passed by the Board of Aldermen in January, it was required for officers to give a verbal warning when dispatched to a house for the first time. Town of Elon Assistant Chief of Police James Perry said they went to one address 30 times without a single recorded citation.

Perry made it clear that the new ordinance won’t necessarily lead to more citations but hopefully will give people violating this ordinance a stronger incentive to comply.

“I think that there's an issue from permanent residents that we're not addressing the noise complaints,” Perry said. “People are complaining, and we are only addressing it after they complain.”

Section 13.45 in the Code of Ordinances prohibits anyone to create or be a part of ‘Unreasonable Loud and Disturbing Sound Levels.’ Residents who blast music through a speaker, play an instrument or keep an animal who makes a loud noise between 11 p.m. and 7 a.m. violate this ordinance.

When asked why he thought this ordinance was passed, Perry said residents of Elon were fed up with unlawful noise.

“I think the citizens wanted a more permanent solution,” Perry said. “Hopefully this will give them that.”

Elon Police responded to 411 noise complaints in 2018. Perry guessed less than five of those complaints led to a citation. Perry said the department’s motive has not changed —they are still looking for voluntary compliance when responding to an unlawful noise.

“Our first instinct isn't going to be ‘write a citation,’” Perry said. “However, if we have been to your house two ...three…..., four…..., 10 times, yes we are going to start writing a citation, and hopefully that is going to get your attention because you are not complying with our ordinance.”

The noise complaints are usually from year-round town of Elon residents calling in on a college party, according to Perry. He did not give a specific number, but said nearly every time the department receives a complaint alcohol is involved.

“I would hesitate to say 100 percent, but I’m going to tell you 99 percent,” Perry said. “99 percent of the time, the reason that we get calls is because they are having a loud party and everyone is drinking.”

Students are responding in large numbers.

Elon Junior Logan Marcus started a petition to change the town ordinance. Marcus claims that the "ordinance will effectively end off-campus weekend social events" and lose prospective students. He calls the rule "overbearing" and claims that "current students and recent alumni are like not to donate" according to the petition.

The petition that started on March 12 has over 1,800 signatures and increasing. Students are sharing the petition online and on social media.

Elon University freshman Hannah Otos thinks giving out a citation on the first offense is a little unreasonable.

“I think not having a warning is kind of inhumane,” Otos said in response to the ordinance change. “You may not know how loud it is for other people.”

Otos thinks a warning should still be required because it gives people more of an incentive to comply.

“I think once you’ve been warned it’s like, ‘Oh now you know,’” Otos said. “But if you have no idea how loud you are, then I think it’s not fair.”

“I still don’t think that that’s good,” Otos said. “The police officer can be having a bad day, and he can just be like, ‘I just want to get people in trouble.’”

How it Applies to the University

“Honestly, we haven't had that much of a conversation with the University police,” Perry said. “I don’t know if they plan on addressing this issue the same way we are.”

Perry said he plans on having that conversation with university police soon.

“I think that getting a warning would definitely be more helpful for a situation,” Brown said. “I feel like it’s a little unfair unless it’s a repeating occurrence or something.”

Brown said communication between the people hosting the party and the surrounding neighbors is key to not calling the cops in the first place.

“Most of the parties are near non- Elon homes,” Brown said. “That could be annoying if there’s no communication between the neighbor and whoever is throwing the party.”

In Perry’s 22 years on the job, he does not recall one noise complaint that resulted in an arrest.