The sound of the future 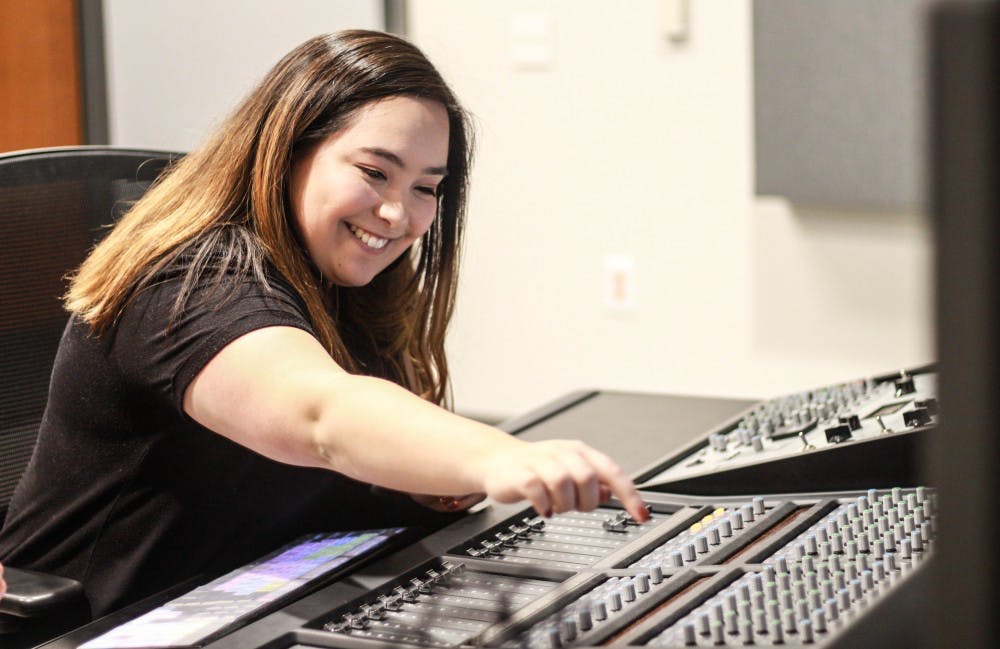 For the first time at Elon University, women studying music production and recording arts will be able to come together to learn about their trade and discuss womanhood in the industry at the Leading Women in Audio Conference on March 15-16.

The conference “seeks to begin a conversation on campus and in the field” about women’s experiences in the music industry, according to its mission statement. It will focus on the contributions of women in the modern music industry, bringing in female music professionals to lead sessions and panel discussions, according to the conference’s website.

The sessions featured will include presentations on topics such as television sound production, mixing in pop and hip hop and being a female entrepreneur in the industry. The panel discussions will center around professionalism, managing the workplace and career development. In addition, the conference will feature networking opportunities with local businesses and studio owners as well as a banquet at which President Connie Book is scheduled to speak, according to co-chair of the conference Jessica Burchett.

Fred Johnson, lecturer in music, initially approached Burchett and her co-chair, Natalie Sulzinger, about the project.

“[Johnson] had such a clear vision from the beginning of what he wanted this to look like, and it was a big task,” Burchett said. This idea, she said, came at the perfect time.

With 2018 dubbed “the year of the woman,” and with Elon’s first female president taking office last year, Burchett said feminism in music was “definitely kind of a timely topic, so it had been on my mind a lot already. … Natalie and I care about feminism in every domain, and obviously this is our school, and this is our program, so we wanted to bring it to that space.”

“Being someone who wants to go into the audio industry after graduation this is cause that will directly affect me after Elon,” Sulzinger said. She added that she “definitely noticed the lack of females in [her] music classes and lack of female professors, … but sometimes as a student you don’t know what action can or is being taken.”

Elon students as well as high school students from Weaver Academy and schools in the Alamance-Burlington school system are registered to attend, which Burchett hopes will help the conference achieve its goals.

“This is the Leading Women in Audio Conference, but we want everyone of any gender to be there,” Burchett said. “It’s just as important for young men in the field to see women leading the field as it is for young women because that’s how you learn to create a supportive environment so that we can work together and feel comfortable and make great music. That’s the whole point.”

Burchett said the conference, which is sponsored by The Fund for Excellence in the Arts and Sciences as well as Elon’s music department and music production and recording arts program, has seen rallying support from all over campus.

Burchett hopes to see this reflected in other feminist-themed conferences around campus. “Hopefully this kind of becomes a trend.”