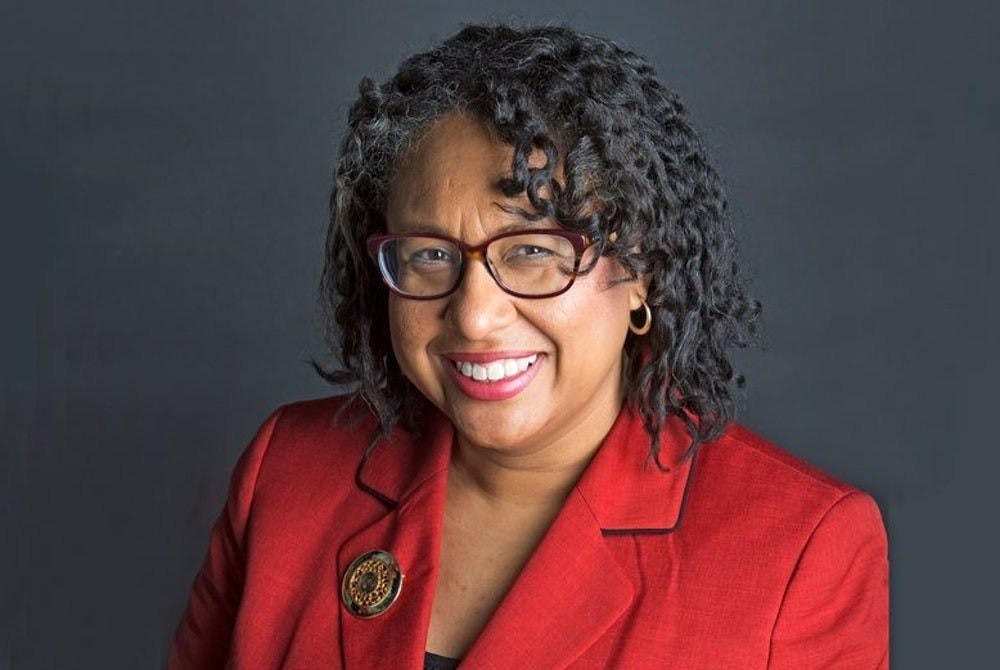 One of the many well-accomplished women making history at Elon University is Rochelle Ford. Ford, who will soon be celebrating her first year as dean of the School of Communications, is the first black female to hold the role.

“It’s a big job,” Ford said. “But what excited me is that there’s so many people dedicated to Elon that faculty members stay after school and work one-on-one with students on the weekend.”

The number of degrees Dean Ford has recieved.

From being inducted into the National PRWeek Hall of Fame to bringing a PR Agency Careers Diversity and Inclusion Panel Discussion to campus, Ford has prided her accomplishments as moving in the era of excellence. But Ford’s accomplishments are not without its obstacles.

And her hard work has not gone unnoticed by her colleagues.

“Certainly she is different from any other dean we’ve had here,” said Don Grady, associate dean of the School of Communications. “She’s really involved, and she’s very ambitious and wants to do a lot of things very quickly.”

Grady has been with Elon since 1985, starting as a department chair for the School of the Communications and working his way to an associate dean and professor.

“She’s been very active in the projects in her short time here. She’s jumped right in,” Grady said. “I think she will succeed, and certainly as an associate dean, I’m committed to do all I can to help.”

Ford said she is planning to launch the new structure in June with the support of her colleagues. Many of the changes have been made to combat concerns of the program growing too large.

“We [will] make sure our infrastructure is flexible enough that students can still find that one-on-one attentive person that’s going to help them,” Ford said.

But for Ford, the needs of students are not always acknowledged or sufficiently supported by the university.

“We have students who want to study abroad or do an internship in the city where they don’t live,” Ford said.

According to the University 2018-2019 Fact Book, there are 1,267 undergraduate students in the School of Communications, all of whom are required to complete at least one professional internship before graduation.

“We need help and doing what we do best so that all of our students, regardless of their socioeconomic level, regardless of if they’re first or 20th generation college student, that all of them have an equal playing ground of opportunity,” Ford said.

"Elon is a place where it has energy about creating
something new. How do we make something that's already good, even better?"

Dean of the School of Communications

As her first work anniversary approaches, Ford said there’s no better place to accomplish her goals.

“Elon is a place where it has energy about creating something new. How do we make something that’s already good, even better?” Ford said. “I think that’s what we’ve attempted to do together as a team.”