Furry friends can improve the lives of students on campus 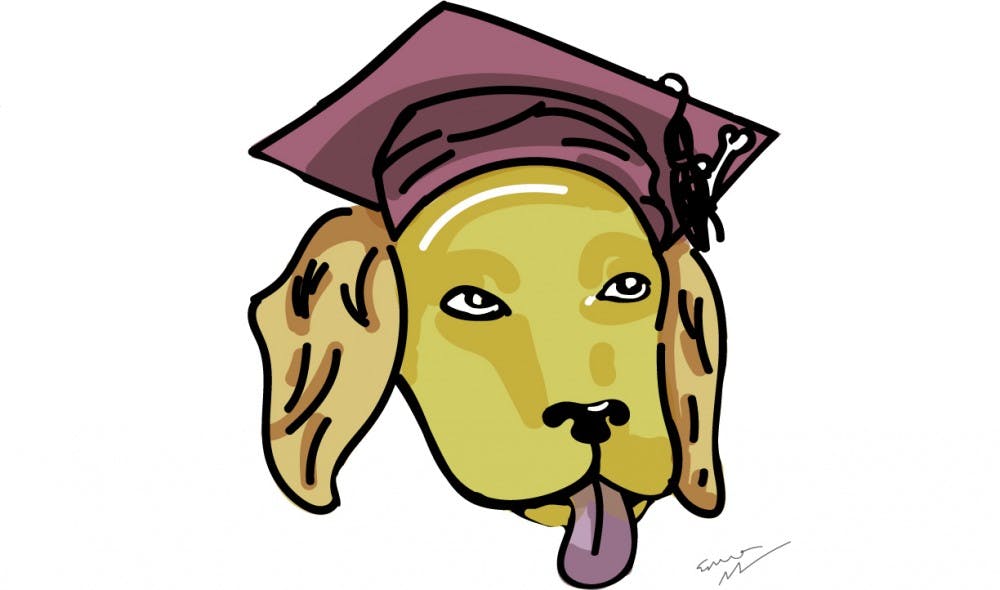 If you’re lucky enough to see a dog on campus, chances are it’s surrounded by people petting it. Many people I’ve talked to have said they’ll go completely out of their way to pet a dog because they miss their own so much. Some have even risked fines or getting kicked out of their dorms to smuggle an animal on campus. There’s no doubt Elon University has a vast population of animal lovers, which begs the question — should Elon allow pets on campus?

Those with a disability can apply for an emotional support animal (ESA). But not everyone qualifies, and there’s no guarantee that they’ll be approved. Elon’s dorms also aren’t animal-friendly, so even if a person is allowed to have an ESA, people in their dorm might be allergic. This leaves them with two options: move out or give up the animal.

Elon students could benefit greatly from being allowed to bring animals to campus. There’s no doubt that college is a huge change, and for some people, it’s the first time they’ve been away from home. The ability to bring their pets with them could help ease the transition as they’d have a part of home with them.

Pets are also a lot of work, and people would have to learn to balance that new responsibility with their social and academic life. It might keep them from staying out quite as late and would give them something to be responsible for. Instead of being able to fall back on their parents to take care of a pet, this would be the first time that the responsibility is solely on their shoulders. This could prove to be an excellent way for people to get used to their new independence and obligations.

By bringing an animal to campus, people would be able to form new relationships they otherwise wouldn’t. As I said, people are drawn to animals. My family replaced me with two puppies the week after I left for Elon, and my mom brought them down to see me shortly after. I immediately became the most popular person in my dorm. I started talking to people I hadn’t talked to yet, and people still ask me about them. Walking a dog on campus attracts new people to form new friendships with. And let’s be honest, once someone knows you have a dog, they’re going to want to see you again. I’m a really shy person, but I’ll go out of my way to talk to people who have a dog on campus. Something about animals brings out the best in us.

It’s not just dogs who offer benefits to their owners — cats are great pets, too. A professor at Minnesota University, Adnan Qureshi, conducted a study and found that cat owners had a decreased risk of strokes and heart attacks. Petting a cat and listening purring can also reduce anxiety, which is something many college students experience daily.

Hopefully, it wouldn’t be too difficult for Elon to allow animals on campus. Some of the dorms could be made animal-friendly, ensuring that people with allergies couldn’t live in them. Allowing students to keep pets on campus would no doubt make Elon more popular. When I was choosing a college, it was between Elon and Stetson. Stetson wasn’t the best fit for me, but they were an animal-friendly college, which was a huge plus. In the end, I picked the college that made the most sense for me, but I sometimes still regret passing up the opportunity to have one of my dogs with me.