Breaking norms in the healthcare field

While only 15 percent of deans in the medical field are women, Neiduski defies the odds 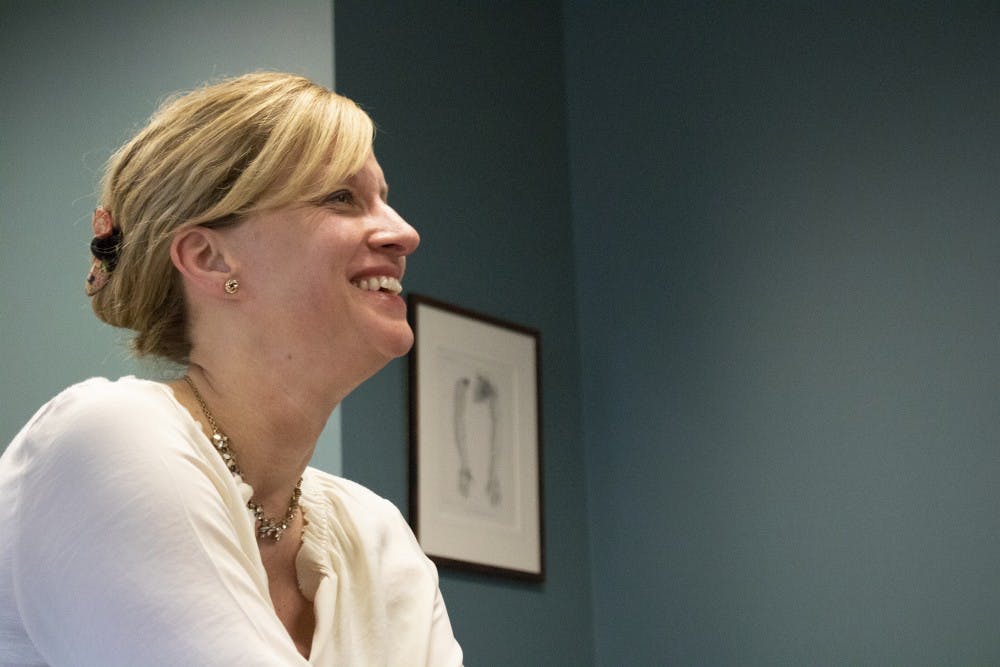 Four of the six academic deans at Elon University are women. Rebecca Neiduski, dean of the School of Health Sciences, is one of them.

Neiduski started her career as an occupational therapist in St. Louis, Missouri, after receiving her doctorate of philosophy in education and Master of Science in Occupational Therapy at Washington University.

“I think the hard work is what gets you there, and don’t misunderstand that part,” Neiduski said. “It’s a lot of work, and you really have to be dedicated and passionate, and you have to be willing to pursue excellence, and you’ve got to be strong.”

"you really have to be dedicated and passionate, and you have to be willing to pursue excellence, and you've got to be strong."

Dean of the School of Health Sciences

A 2018 study from the National Institutes of Health showed only 15 percent of deans in a medical field were women. Growing up with two females in executive leadership positions in her family, Neiduski knew she had the ability to be a
leader.

“I think having women in leadership roles affords young women at Elon and even outside in our community to really think about themselves in those positions, to think about the skill sets it takes, but to also really be able to think about or understand that those are things that they too can accomplish,” Neiduski said.

Neiduski’s reach extends beyond the classroom. Sophomore Samantha Briggs met Neiduski and her husband Mike during Move-In weekend last year. Briggs’ father established a relationship with the pair that later led to Briggs joining the Neiduskis for weekly Sunday night dinners. “Becky,” as Briggs calls her, has turned into a mother-like figure for Briggs while she’s at Elon.

“She’s one of the most caring people I have ever met,” Briggs said.

Briggs said she doesn’t think she would have fostered the kind of relationship she has found with the Neiduskis at any other school, and she credits Elon for that. She said Rebecca is constantly doing things for others and has the best intentions in doing so.

“She’s very, very involved,” Briggs said. “I feel like she really empowers being a female leader. Getting her voice heard and making sure she’s a part of everything.”

“Everyone should get the chance to know her,” Briggs said.