Damion Blake shares his perspective on the 'month for all Americans'

Professor promotes social justice inside and outside the classroom 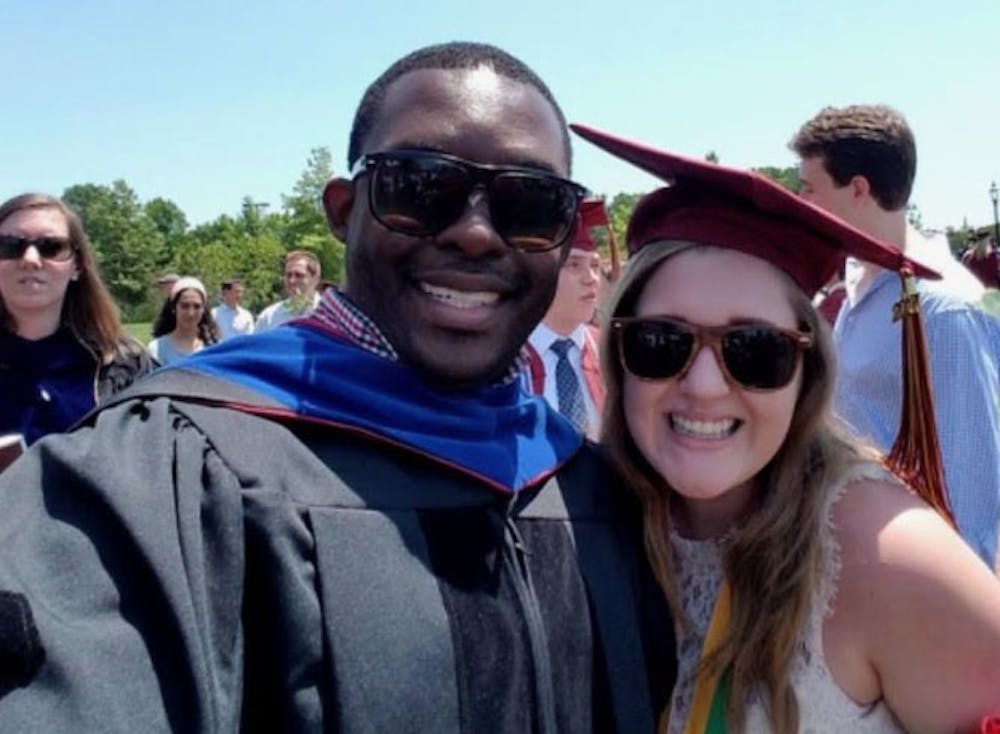 Though Damion Blake’s career has seen many directions, his dedication to promoting social justice and equity has remained constant.

Blake, now an assistant professor in political science and policy studies at Elon University, has been interested in politics since high school. Though colonization had stunted the political development of Jamaica, his home county, Blake dedicated years of scholarship and activism to furthering the civics of the Caribbean region.

Set on his goals, Blake earned his master’s degree and began lecturing at the University of the West Indies (UWI), but he didn’t stop there. He came to the United States in 2008 to pursue his doctorate in political science at Virginia Tech.

Blake attributes much of his success to his doctoral degree.

Blake’s passions for scholarship and education are evident in his career as a professor as he lectured at UWI from 2005 to 2008 and at Virginia Tech from 2008 to 2014 before joining Elon.

Aside from teaching, Blake has also served as a consultant for the Jamaican government and provides expert country reports and legal services.

In 2014, the Jamaican government asked Blake to be part of a national violence-prevention initiative, a task directly related to his dissertation. He spent several months studying the ways in which gangs impacted the socioeconomic development of Jamaica, and he devised strategies to minimize the danger they posed.

Blake still works to protect Jamaican immigrants whose lives may be at stake upon deportation through writing affidavits for U.S. and U.K. legal firms. He sees this as a form of social justice.

“A number of these men face the risk of being deported back home in communities where their lives are at risk,” Blake said. “It is a life-and-death matter. Being able to provide some expert research and documentation and evidence to help avert those risks of danger or death, to me, is something that is very important.”

Blake’s classes at Elon reflect his interest in American controversies, such as prison reform and racial equality.

“Whenever he walked into the classroom, he had an Obama-like presence. He would just walk in and emerge as if into a music video,” Thibodeau said. “He created a really good balance between learning and just experiencing different things.”

Blake developed the Black Man in America course in response to the growing trend of unarmed police shootings of black men.

From the Center for Race, Ethnicity and Diversity Education (CREDE) to Elon’s Common Reading assignment, Blake believes the university has taken meaningful steps towards creating an inclusive campus environment.

But Blake said there is more work to be done.

According to one report from the Elon University Office of Admissions, students of color comprise only 17 percent of the class of 2022.

Blake partially attributes this low level of minority representation to the cost of tuition.

“You look at the numbers, and it is a predominantly white institution, and part of it has to do with the economic gap,” Blake said. “Quite a few folks cannot come to Elon, and those folks happen to be black and brown people because of the cost around tuition.”

But in an effort to celebrate diversity on campus, the university has been hosting a variety of speakers, discussions and activities throughout the month of February in recognition of Black History Month.

For Blake, Black History Month is a time to acknowledge pioneers in the fight for racial justice and equality. He said members of all races to should be able to participate in this period reflection and reconciliation.

“My only concern though is that Black History Month seems to be a month for black Americans, and it should not be,” Blake said. “It should be a month for all Americans, and it should be a platform. It is time for us to move towards a process of truth and reconciliation, coming to terms with the past, looking at some current trends because we have come a far way but we have a far way to go.”