Elon students reflect on shooting at Tree of Life Synagogue

Students meet to reflect on the Pittsburgh shooting over the weekend 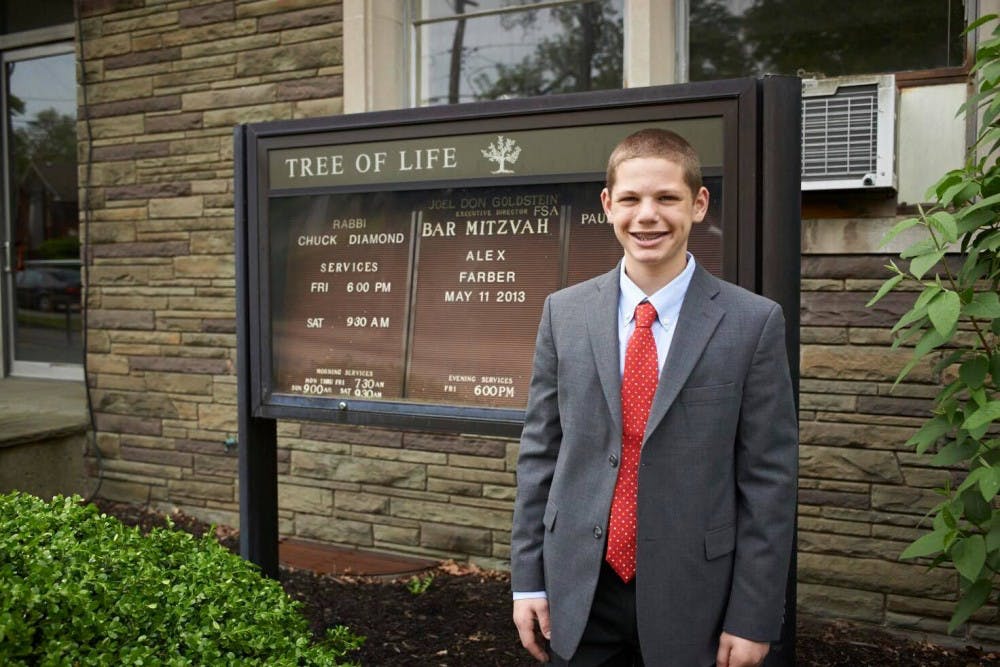 Alex Farber, now a freshman at Elon, poses in front of Tree of Life Synagogue in 2013

Elon students are still grieving after 11 people were killed at the Tree of Life synagogue in Pittsburgh over the weekend.

Freshman Alex Farber grew up in the community.

“I would've never thought it would have been the synagogue I grew up in, had my bar mitzvah and my brother had his bar mitzvah in it,” Farber said.

For Farber, the Tree of Life synagogue shaped who he’s become today. He knew two of the victims.

“They were special needs and their whole life was the synagogue,” Farber said.

“They're always there greeting people when you walk in, every single Saturday morning. Whether it's a bar mitzvah or just regular services, they were always at the door greeting people.”

Junior Noah Lakind and several other students were shocked that the university did not send out an email the same day the event happened.

“I think that within a few hours of previous school shootings, the Elon administration has sent out an email,” said sophomore Adam Tommer.

Tommer, along with other students, took part in organizing a gathering in the Moseley Center Sunday afternoon. He helped spread the event by word of mouth and social media posts.

“To make this happen was just really powerful to me and just shows the resiliency in power of the Jewish community around the world,” Tommer said.

Jon Dooley sent an email on behalf of Jewish Life at Elon Sunday at 2:46 p.m. and invited the community to gather in Numen Lumen at 7 p.m.

Despite the delay, the group came together late Saturday night to organize a gathering of prayer and reflection.

Rabbi Mendy Minkowitz works with Chabad of Elon and Burlington. He said this violence was a threat to all Jews.

Minkowitz said the connection between dark and light in the Jewish faith is a constant reminder  of hope.

But Kay says hope is not enough.

“I think that the silence right now is deafening," Kay said, "and I think that it's really upsetting to see that the people who have so much to say about so many gun reform issues are saying nothing about this.”

For Lakind and Kay, there’s a gap in support from the Elon community.

“It's kind of ironic because Elon means 'oak' in Hebrew, and so I feel that a lot of people don't really recognize that there is a Jewish presence on campus,” Lakind said.

Kay said that everyone can offer their support.