The university would not release the entire amount of money spent, but $20,077 was spent on Inaugural ball 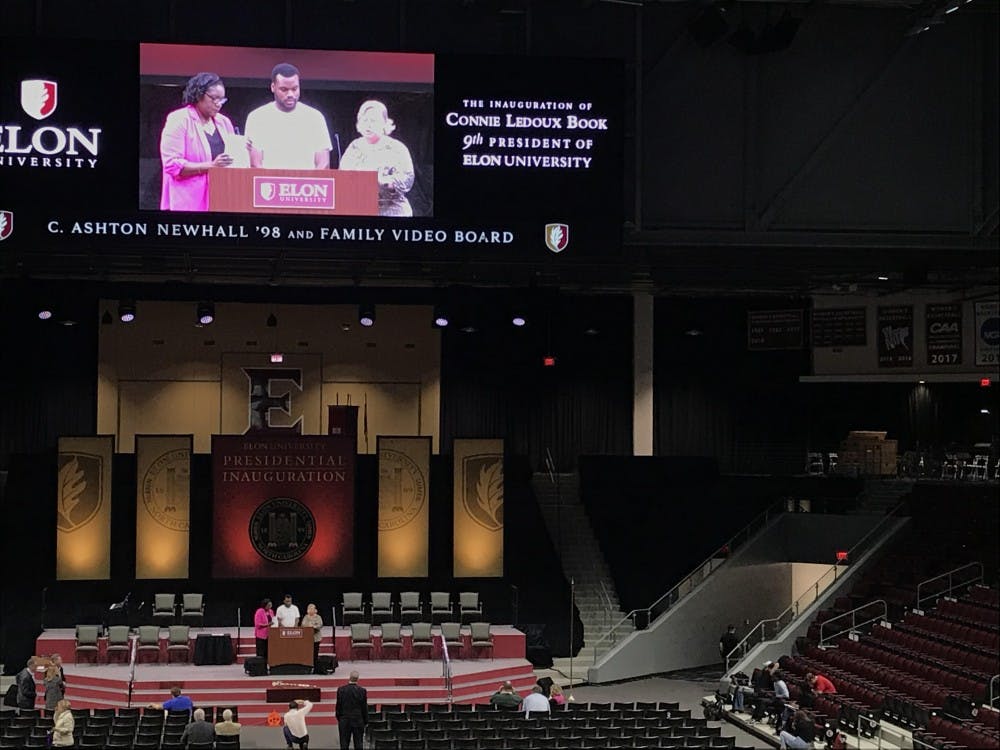 The mission statement, according the school's website, says that, "Elon University embraces its founders’ vision of an academic community that transforms mind, body, and spirit and encourages freedom of thought and liberty of conscience."

Lisa Keegan, co-chair of the inauguration planning committee, assistant vice president and dean of undergraduate admissions, said that this statement served as a guidepost when deciding what the schedule would look like.

"It's really an opportunity I think for us to pause as a campus community to reflect on our history," Keegan said. "It's a celebration of everything that Elon has achieved and everything that will be able to do in the future."

Keegan said that in higher education it is typical for a president to get inaugurated several months after they begin their presidency. Keegan along with Ed Moriarty, co-chair of the inauguration planning committee and a member of the board of trustees, said other subcommittees decided that October would be the right time to honor President Book's installation.

"But this really is sort of the ceremonial marking of her of the presidency," Keegan said. "So there is an opportunity where she will take an oath of office from a board from the board of trustees."

Planning for this week's events began last spring. By May, the committee completed the programming of the schedule and spent the summer and early fall in the implementation phase.

"I think the biggest thing on the agenda was to have an event that kind of fit Elon's personality," Moriarty said. "So part of the strategy and getting there was to involve lots of different parts of the overall community."

Others involved in the planning were faculty, staff, parents, alumni and students. The inauguration planning committee decided what events would happen this week based on President Emeritus Leo Lambert's inauguration in 1999, what other institutions do for their inaugurations and events that would celebrate Elon's intellectual climate.

In order for the planning of events such as the Honor President Book Drive, the Student Inaugural Ball and Elon Talks, the committee did not have a set budget for inauguration.

"We've been really mindful of university resources," Keegan said. "We've been able to pull funds together from a variety of budgets that were already set in the annual budget."

Keegan said the main source of money came from the Fall Convocation budget. They also used funds from the faculty/staff tailgate since there is a home game this weekend, as well as from the student activities budget from student life.

The university would not release how much money it spent on the entire inauguration. But for the Inaugural Ball cost $20,077. Of that money, $10,000 came from the university and $10,077 came from SGA's rollover budget, according to Jack Johnson, SGA executive secretary.