SGA emphasizes patience as it continues preparing for big events. 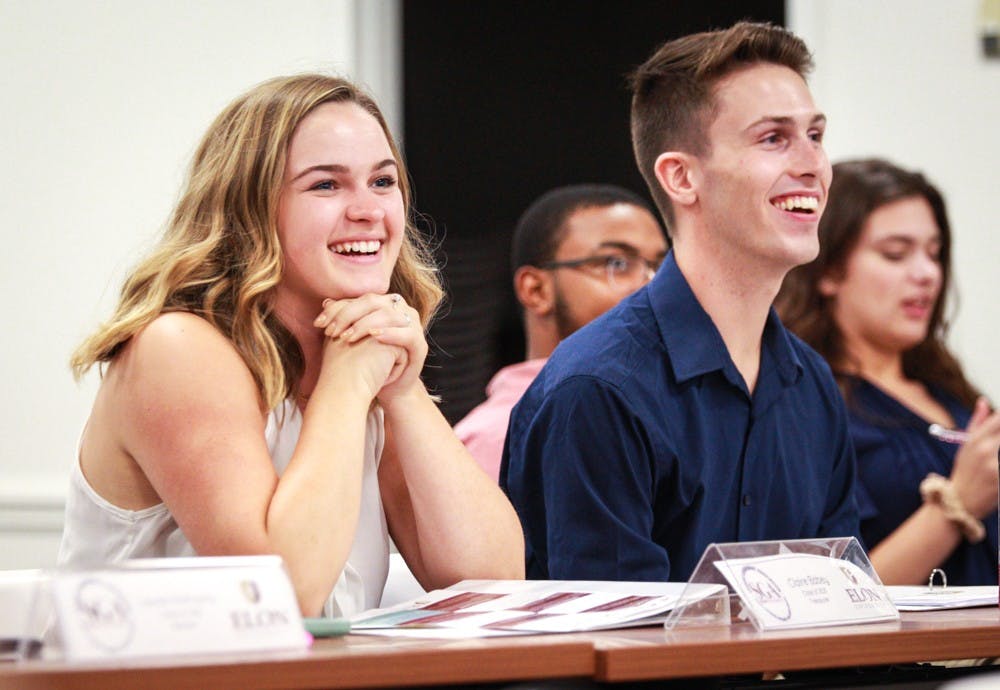 During their first business meeting of the academic year, SGA discussed upcoming preparations for homecoming, including a projected $4,000 budget to cover all costs of events throughout the week.

“We have to be very frugal with our resources,” executive secretary Jack Johnson said.

Starting on Oct. 29, traditional homecoming events, such as Rock the Block, will now be accompanied by new activities designed to create an atmosphere of inclusivity within Elon’s campus. The proposed schedule includes Battle of the Bands at The Fat Frogg, a class colors day, a relay race in the Global Neighborhood, a banner parade for clubs and organizations and a delicacy cooking competition.

“We’re really trying to augment [homecoming] so students feel active within their university throughout the time,” Johnson said.

The nomination process for homecoming court will remain the same as previous years, with the exception of shortening the number of questions being asked on the application, which goes live on PhoenixConnect on Oct. 1.

“We don’t want people to write a full personal essay about why they want to be nominated for homecoming court,” Johnson said. “We don’t want to overburden them.”

SGA has not disclosed finalized plans for other traditions, such as Halloween and the annual homecoming concert. Awaiting final budgeting concerns and risk management assessments from the university, SGA has been unable to reveal Halloween details as well as the featured artist(s) for the homecoming concert.

“[They will release the name] as soon as they have a signed contract,” said SGA adviser Jana Lynn Patterson.

SGA president Kenneth Brown Jr. is concerned about student turnout because of the lack of public knowledge surrounding event details.

“That’s a concern. But I’m a big believer in if you’re excited about [homecoming] then other people will be excited about it by the time it will rub off on everyone,” Brown Jr. said. “It’s going to be a fun week.”

Despite concerns surrounding event details, members voted in favor of the homecoming packet with a final vote of 34-0.

With the induction of the new members, Brown Jr. emphasized the importance of SGA remaining focused on homecoming preparations as well as for the entire organization to create a positive atmosphere for the freshman class.