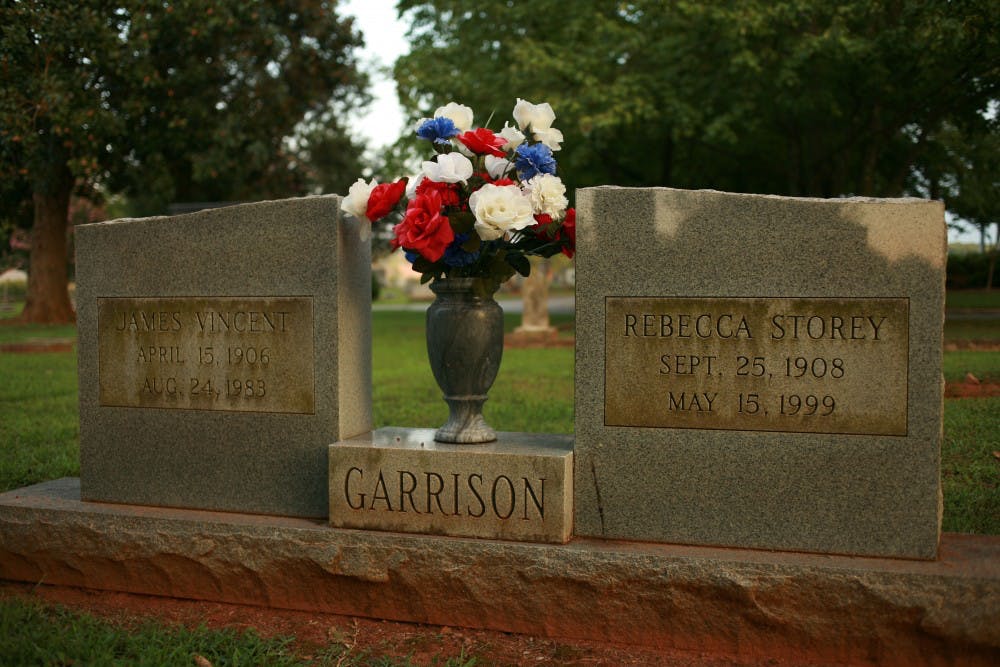 History stands still at the Pine Hill Cemetery in downtown Burlington. It’s easy to drive right by, but taking a step through the gates unravels war stories, precious treasures and proximate local figures. Family names like Trollinger, Holt and Hoffman speckle the cemetery and can be recognized by the Elon University community.

This cemetery holds centuries of history beneath its surface, from veterans in World Wars I and II to the Spanish-American War. And behind the maintenance of it all is Jeff Parsons, who has worked at Pine Hill for 32 years.

“I can tell you everyday is different. I never know what is going to happen,” Parsons said. His days are filled with paperwork, but his favorite activities happen outside.

Parsons said he’s opened and closed about 6,000 graves during his time here, but the first one was the hardest.

“I’m about to cry, and thinking of the poor family and grieving and the funeral directors and employees, they know each other. They do this daily: trade stories or tell a joke. And this person's going down, and I’m thinking, 'How in the world can they do that? You know, we are burying somebody,'” Parsons said.

But he learned to remove his emotions from his work.

Every morning, he bikes three miles to work and has a chance to clear his mind.

“We don’t have to grieve on every person we bury, or it would be a really sad job. And you help the closure for the family and help them get through the process, which is part of it,” Parsons said.

And this service is something he has provided to Walter Horner, 80, a Burlington native. His son died in 2012 from a blood disease.

“When he was growing up, he liked to show off to everybody in the house. And he would!” Horner said.

He visits the graveyard every day to walk through memories of the past.

“I feel at peace here at the cemetery,” Horner said. “A lot of them I knew, and a lot of them I didn’t know. It’s just a good place to be. Ain’t nobody gonna grab you and pull you in the ground.”

Horner said Parsons' maintenance of the property has made a big difference in the community.

“They work their heart out on this thing,” Horner said.

Parsons hopes his community views him as someone who always wanted to help.

“I’d like to be remembered as a public servant, somebody who did his best to help people,” Parsons said.

It’s not often that a person dreams of being in the cemetery business; Parsons certainly did not. He has a passion for the outdoors, particularly towards trees.

“I plant a lot of trees, and I have a legacy of some rather large trees, and we’re getting ready to turn a park into an arboretum, so it’s my chance to plant some more,” Parsons said.

Being surrounded by so much death, the trees provide contrast and bring a sense of life to Parson’s surroundings. It’s even changed his perspective on what death is.