Samuel Shaw's lawsuit against Elon University suggests he received a heavier punishment than Spencer Schar, whose parents donated $12 million to Elon in 2014 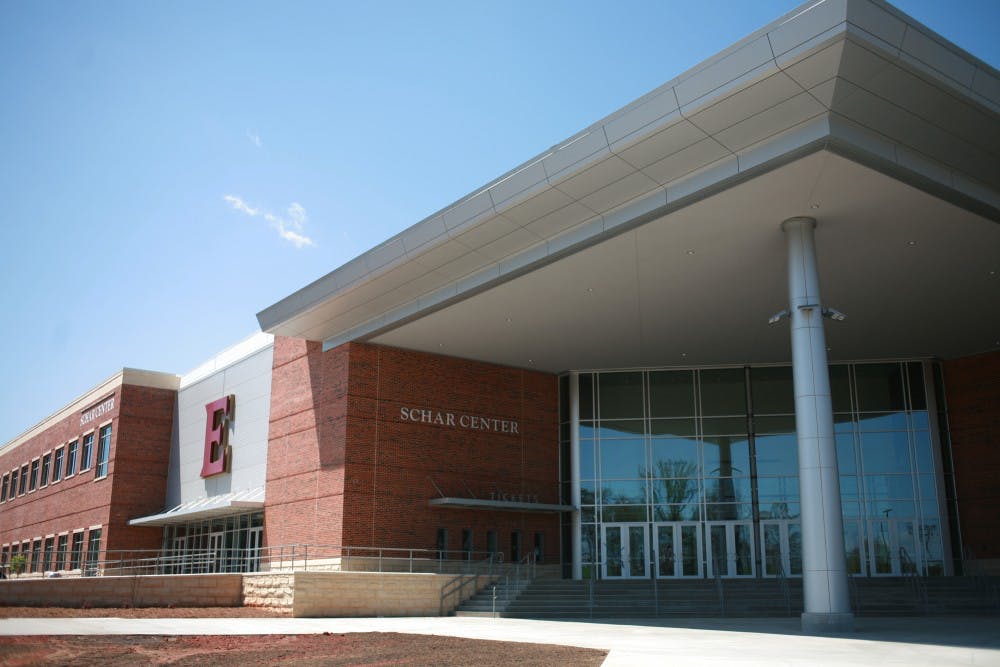 Elon University student Samuel Shaw has filed a lawsuit against the university alleging it unfairly punished him following an off-campus fight with the son of the university’s largest donors.

According to the 11-page lawsuit filed in Alamance County Superior Court on June 11, Shaw alleges he received a heavier suspension than Spencer Schar after their fight last fall. Schar is the son of Dwight and Martha Schar, whose $12 million gift to Elon in 2014 was used toward construction of the 5,100-seat Schar Center arena as well as Schar Hall, the newly expanded facility of the School of Communications.

Shaw is seeking more than $25,000 in damages as well as an injunction to prevent Elon University from discussing his disciplinary record with other universities as he applies for transfer admission.

The lawsuit provides Shaw’s version of events from Oct. 20, 2017, when Shaw says he was riding along with a designated driver, Nick Marano, who had been called to the party by Shaw’s friend Nate Joslin to pick up a drunken, violent student.

When they arrived, Shaw says in the lawsuit, he saw the student — later identified as Schar — punch Joslin in the face “with a closed fist while Joslin was not looking.” Shaw says he intervened by tackling Schar and striking him, “believing that he was an imminent threat.”

The lawsuit also alleges that prior to Shaw’s arrival, an intoxicated Schar had already physically assaulted two female students.

Schar was eventually taken home and, according to the lawsuit, an investigation by the town of Elon Police Department found that Shaw had acted in self defense.

However, a separate investigation by Elon University’s Office of Student Conduct resulted in a yearlong suspension for Shaw, while the lawsuit alleges Schar received a lighter punishment.

Shaw says that investigation included an initial interview on Oct. 30, 2017, between former Director of Student Conduct Randall Williams, Schar and Schar’s mother, Martha. It wasn’t until a week later when Schar, according to the lawsuit, identified Shaw to the Office of Student Conduct, and Shaw’s student conduct hearing took place 11 a.m. on Dec. 14, 2017. Shaw says it took only 17 minutes for him to be found “responsible for fighting or acts of aggression and disorderly conduct.”

In a statement to Elon News Network, the university stressed its privacy policies but said it plans to fight the case.

"Elon University received a lawsuit filed in state court by a student and is currently reviewing it with legal counsel," the statement said. "The university disputes the allegations in the lawsuit and will defend itself in court.

"As to specific allegations in the lawsuit about student conduct, Elon protects the privacy of specific student information as may be required by federal law and is its general practice. As a result, it does not discuss individual student conduct matters publicly, such as the allegations included in this litigation, beyond what is necessary to defend itself in the lawsuit. In handling and deciding student disciplinary matters, the university provides a fair and effective Student Conduct Code process for investigations, hearings and appeals."

“Elon University breached its contractual promises by failing to follow its procedures as applied to Shaw,” the lawsuit said, “including following the timeline that it established for investigating and adjudicating student conduct matters, considering all relevant and credible evidence, applying its procedures consistently, and adhering to its tenant of ‘fairness for all.’”