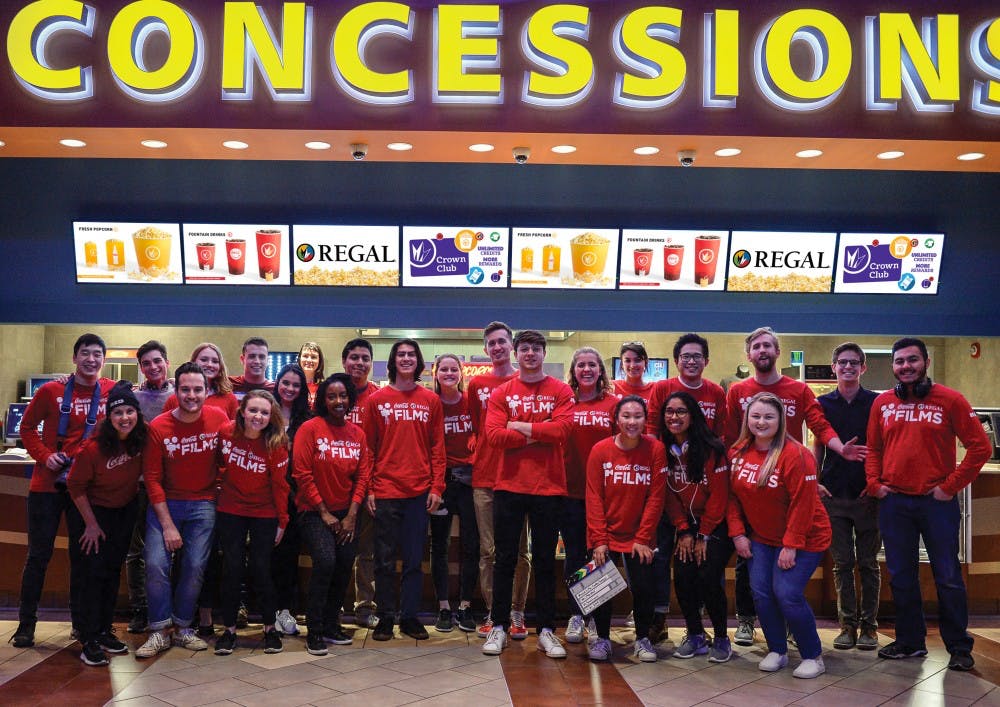 Elon University, a finalist in the Coca-Cola and Regal Films competition, is on the offensive after a professor uncovered the use of robotic voting benefitting one of its rivals in the social media portion of the contest.

According to data collected by assistant communications professor Kathleen Stansberry, Elon took an early lead, until the beginning of April, when Stansberry noticed an irregular spike in data in the frequency of votes for University of California Los Angeles (UCLA), which is currently winning the competition with over 3,000 votes.

Elon and UCLA are among five schools participating in this competition, where students, faculty and alumni filmed a 30-second commercial, entitled “Movie Life.”

The winning school of the Fan Favorite award for this competition — chosen tomorrow, April 20 — receives a RED Camera, worth over $14,000; the winner is determined by the number of hashtags tweeted in a school's favor.

Elon’s team has been using the hashtag “#ContestMovieLife.”

Each school’s hashtag, which can be tweeted once a day per user, counts as a vote for the Fan Favorite award.

Stansberry, who utilizes the social media monitoring platform Meltwater to teach her media analytics students about bot activity on Twitter, began following the hashtags for the Coca-Cola and Regal Films competition as part of a class project.

Evidence included multiple accounts, with anonymous, stolen profile images, being created in a short period of time, use of repetitive language over hundreds of accounts, timed releases of tweets including the hashtag, post amplification and profile handle names that do not match profile images.

“Some of the trends were off and that’s an issue in that you want to make sure you’re running a contest that’s fair and valid,” Stansberry said. “One of the difficult parts of running a contest through Twitter is that there’s a potential for manipulation.”

Stansberry shared the information with faculty adviser Youssef Osman, who has shared the analytics data with Coca-Cola and Regal Films.

The use of multiple, fake accounts used to tweet in this competition is in violation of the Coca-Cola and Regal Films official rules, which state that “use of robotic, repetitive, automatic, programmed or similar entry methods or agents (including, but not limited to, sweepstakes entry services) will void all entries by that entrant.”

According to a statement from the Elon team, they “have worked hard to organically grow our social media presence, so we are trying to stay positive throughout the situation.”

Coca-Cola and Regal Films are aware of this data and are currently investigating bot involvement in the competition. Voting for the competition ends tomorrow, April 20.

UCLA has not issued an official statement; however, legitimate student accounts from the university have included comments about not being bots in recent tweets with the hashtag "#ContestFrozenInTime."