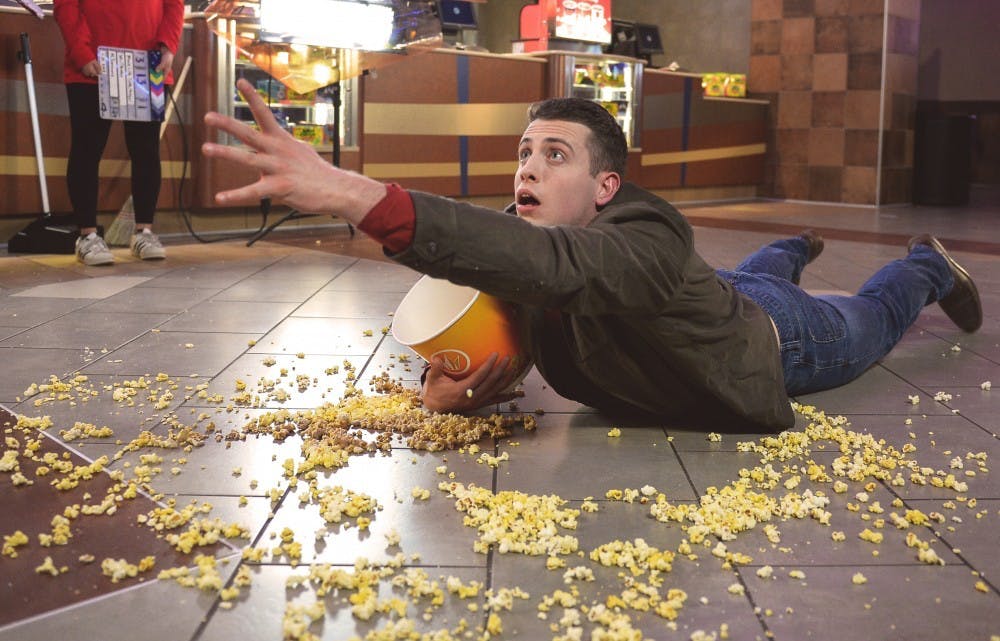 The hashtag #ContestMovieLife has repeatedly appeared on social media around Elon University over the past few months in support of a commercial shot for Coca-Cola and Regal Cinemas.

Filmed by Elon students, alumni and professionals, in association with the 2018 Coca-Cola and Regal Films competition, the 35-second commercial entitled “Movie Life,” highlights the importance of popcorn and Coca-Cola in a moviegoer's experience.

Elon was chosen as one of five universities, out of 29 film schools around the country, such as University of California-Los Angeles and Ithaca College, to compete and receive $15,000 to shoot the commercial.

Written by sophomore Patrick Wei and co-produced by seniors Hunter Strauch and Katie Shannon, the commercial was shot over a period of 12 hours in a Regal Cinemas movie theater in Atlanta at the end of January.

“Working for Regal and Coca-Cola was a once in a lifetime opportunity,” said Strauch. “It allowed me and my crew members to work in a professional environment with one of the largest brands in the world. Some filmmakers spend 10 or more years of their career waiting for an opportunity like that.”

Though the Elon team is not one of the top two finalists, the group is still eligible to win the Fan Favorite award.

The winner of the Fan Favorite award, as measured by the #ContestMovieLife hashtag on social media, will receive a RED camera for their university. When tweeted from a public twitter account, the hashtag will be counted once per day, and if the video is shared, the voter can enter for a chance to win Regal Movie tickets for a year.

“It’s been amazing seeing the support from fellow Elon students so far, so let’s keep it going in the last week of voting,” Shannon said. To celebrate the last days of voting, Elon’s Coca-Cola and Regal Cinemas team added the tweet #RaffleMovieLife, giving voters the chance to win an Oak House gift card.

The voting period ends on April 20 and results will be announced the following week at the CinemaCon conference.