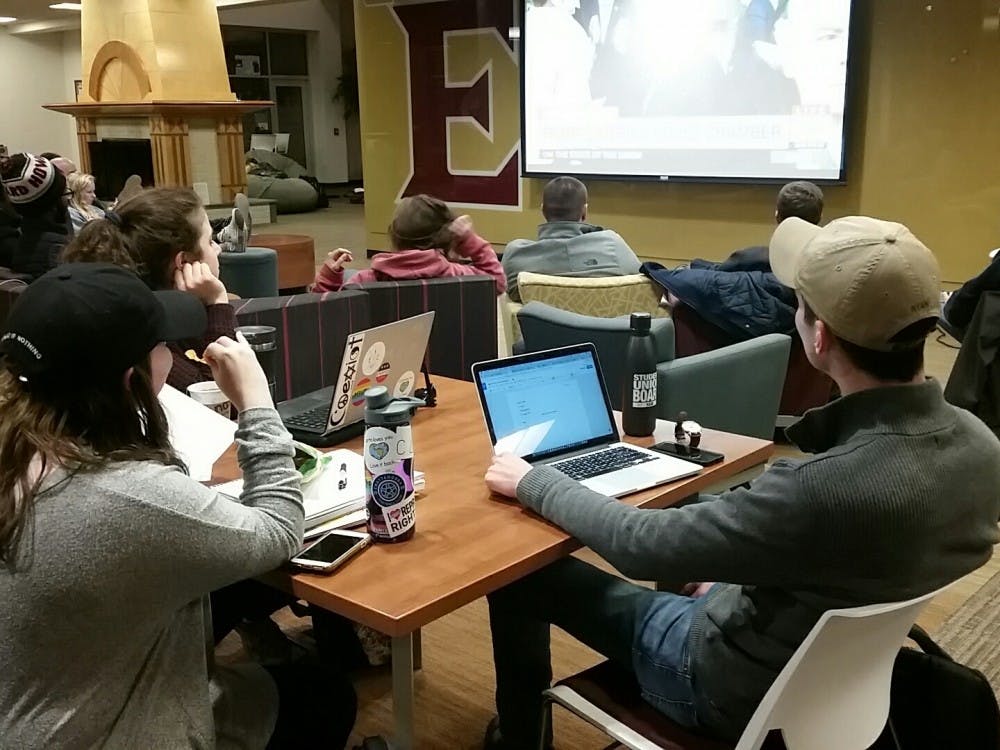 More than 30 students gathered in Moseley Student Center to watch the 2018 State of the Union address. [Alex Roat]

More than 30 students attended the viewing party held in the Moseley Center for President Trump’s first State of the Union address. Sponsored by the Elon Political Engagement Work Group, Elon Votes! and the Council on Civic Engagement, this event is part of Elon University’s Active Citizens series aiming to promote conversation between political parties on campus.

The students in attendance were very engaged throughout President Trump’s speech, breaking into small group conversations, specifically for topics about improved unemployment rates in the African-American and Hispanic communities, as well as tax cuts and reforms and immigration policies.

Students were also very responsive to Trump’s patriotic and emotional stories, though sophomore Petra-Marie Edwards felt those parts of his speech were random. She also believed his address was not specific and offered no real solutions to any aforementioned issues.

“Everything he [Trump] was saying was generic,” she said.  “I felt like he was hiding behind patriotism and I’m not sure if what he’s saying is true.”

Everage said the turnout was “more than expected,” and hopes to keep the momentum going as Elon’s Active Citizen series plans more events for the upcoming midterm elections held in November.