Black History Month might be ending but the celebration never does

While Black History Month may be ending as the calendar changes to March, it’s never too late to work toward a better and more equal tomorrow. 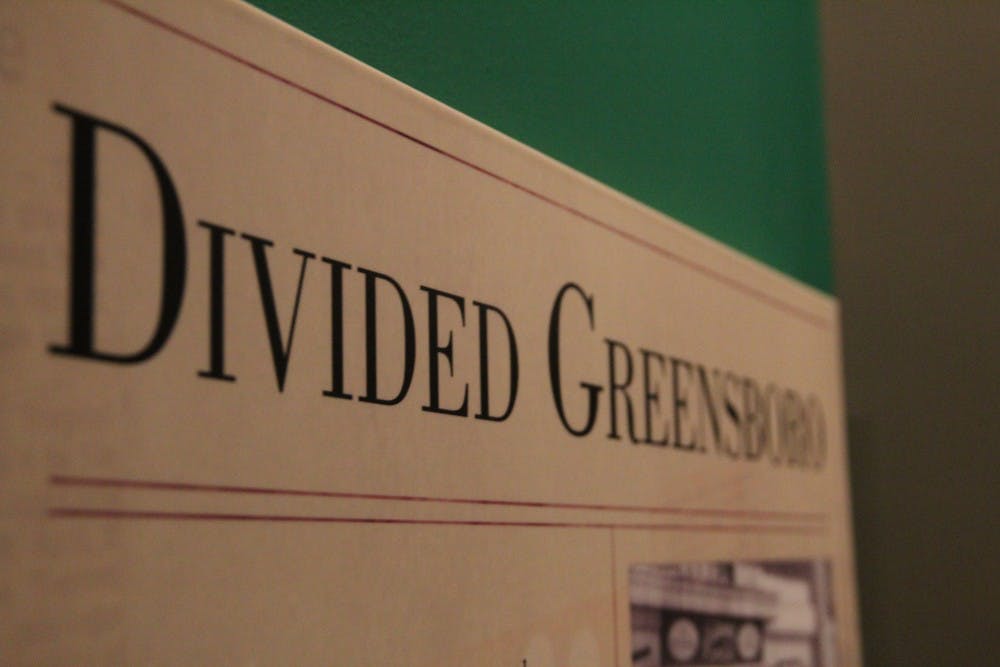 Less than 20 miles from Elon tucked away between Durham and Winston-Salem, Greensboro, North Carolina played a significant role in the fight for Civil Rights in the 1960s.

In 1960, sit-ins at a segregated Woolworth lunch counter served as a catalyst for movements throughout the South and forced many large establishments to change its segregation policies.

Lena Murrill-Chapman is a member of Greensboro’s Ever Achieving Retired Teacher Club and a former educator, and said many people don’t know the role Greensboro played throughout the Civil Rights movements.

“I think it’s important that our community understands that Greensboro was one of the leaders of school desegregation,” Murrill-Chapman said. “We have a lot to be proud of here in Greensboro.”

Murrill-Chapman was a black child growing up in a segregated community and some stories have stuck with her.

“I always remember they would announce we were going to get some new textbooks, but every time I got my new textbook, there were five names already in there…Only as I got older I realized that everything I got was hand-me-downs,” she said.

Earlier this month, Murrill-Chapman and Greensboro’s Ever Achieving Retired Teachers Club assembled at the Greensboro History Museum to celebrate Black History Month and share their display called “Black Teachers on the Frontline of School Desegregation.” With a combination of retired and current educators, many of the members share a similar experience.

“The African American teachers went through something a little different. The struggle was different,” Murrill-Chapman said. “Because most of our schools were closed, we ended up at schools that were not very familiar to us. We ended up with children not very familiar and co-workers…We had to go into a new situation, and we had to survive as professionals.”

Murrill-Chapman retired from teaching in 2004, but worked part-time in the education system until 2015. She previously served as the president of the Guildford County Black Educators Caucus and is now an active community volunteer and advocate for equality. As one of the first black teachers at an integrated school, Murrill-Chapman is no stranger to adversity.

Murrill-Chapman now wants people to know what she and many others had to go through and wants people to celebrate all of their accomplishments throughout Black History Month every February.

What started off as Negro History Week in 1926 became Black History month in 1976 with the goal to educate the public and celebrate all the accomplishments of the African American Culture.

Lindsay Ragusa is a Greensboro mother of Ryan, age 5 and Aidan, age 10. Ragusa said it is important for her sons to see the struggles and triumphs of African Americans throughout history.

“I think it’s important for them to know about the history because even though it wasn’t in a time they grew up in, they should know and really appreciate the position they’re in and fight for the rights of others,” Ragusa said.

Ragusa said her sons are learning in classrooms with mixed nationalities and that to them, it’s normal.

“I don’t think that they can even fathom a time that there was separation,” Ragusa said.

While Murrill-Chapman encourages people to learn about the culture, she said that is not the purpose of Black History Month.

“It’s not as much a learning as it is a celebration,” Murrill-Chapman said. “This month is a time you celebrate advances, you celebrate learning and you remind people how important it is to appreciate your culture.”

Despite the successes over the decades, Murrill-Chapman said there is still more to be done, but understands that change takes time.

“I am more realistic to know that perfection comes at different levels, and I know we have come a long way in education,” she said. “But I do know and I do believe in education enough to know that we’re always going to continue to work on getting it right because our children deserve that.”

Discrimination and segregation have plagued the country since its founding, but Lyn McCoy, a white Greensboro resident, points out that this country has faced more than just racial discrimination, but also sexism.

McCoy said now is the time to end it all.

“We consider ourselves a civilized country. I don’t think so. Not with the oppression that’s still going on. Blatant!” McCoy said. “It’s about time.”

While Black History Month may be ending as the calendar changes to March, it’s never too late to work toward a better and more equal tomorrow.