Greek Life: Through the haze

Deaths prompt national dialogue on hazing and ahead of recruitment, students and staff discuss concerns 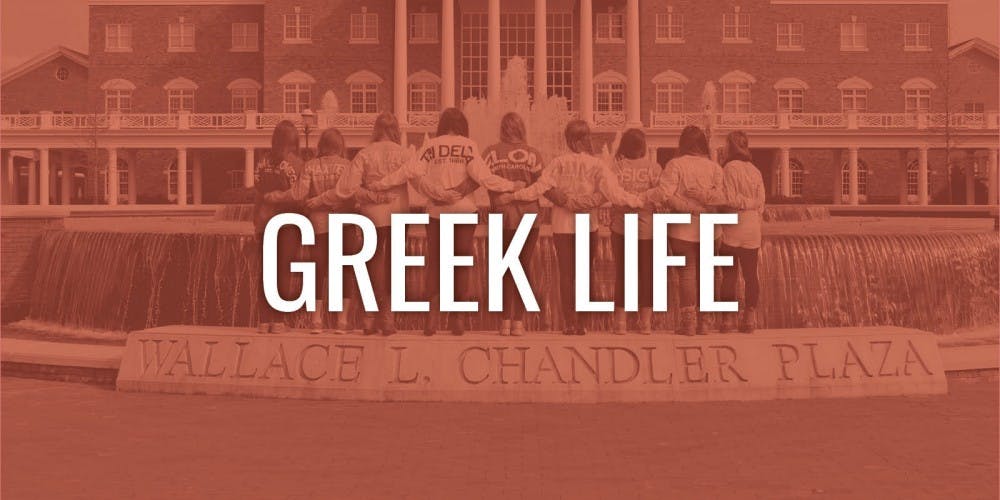 Abbey Ojemann visited her best friend at Florida State University and in one day was caught up in its Greek culture. In particular, she said she noticed the narrowed focus on drinking, partying and harassment.

She had no way of knowing that two years later, in 2017, Andrew Coffey would die there as a result of hazing while pledging a fraternity. That the university’s president would be forced to suspend all Greek activities on campus.

In recent months, the conversation around hazing has become a national conversation. In 2017, four student deaths involving hazing became viral stories, bringing the conversation around the all-too-frequent Greek life practice to Elon. According to the Office of Fraternity and Sorority Life, 42 percent of Elon’s student population belongs to a Greek organization. With National Panhellenic and the Interfraternity Council recruitment happening at the end of the month, Elon said it is preparing to counteract the hazing trend, should it arise.

Ojemann, now an Elon senior and president of the Eta Zeta Chapter of Zeta Tau Alpha, said she’s blessed to be at Elon. Compared to Florida State, she said the difference in party culture and overall attitudes toward coming to college have made Greek life a positive environment for her.

“What I saw there was an entirely different world, just in one day being there,” she said. “Something needed to happen to make it change, and unfortunately it was due to a bad circumstance.”

In regards to the drinking culture at Greek organizations on Elon’s own campus, Ojemann acknowledges that people “make mistakes.”

“What I tell my girls is that as a community compared to other schools, we do a really good job,” she said. “There’s always faults, and people have been held accountable for that.”

In particular, some of Elon’s fraternities have felt the brunt of that accountability. In 2015, Elon suspended the Epsilon Alpha Chapter of Phi Kappa Phi Fraternity and the Epsilon Theta Chapter of Sigma Pi Fraternity through the Spring 2018 semester. Both instances were in response to hazing. Sigma Pi reportedly had pledges “plank on bottle caps.”

Elon News Network reported this fall that Elon’s chapter of Pi Kappa Phi had continued to act as an active fraternity since its suspension. Elon’s chapter of Lambda Chi Alpha was officially suspended from campus this fall after not complying to the terms of their social probation put in place last year.

Emily Mitch, assistant director of fraternity and sorority life at Elon, thinks the issue goes much deeper, and suspensions only put a bandaid on the problem.

“I think a suspension is only helpful to a certain point,” she said. “I think it is helpful in terms of the shock value, in terms of ‘Oh, we really need to get things together,’ because this is obviously a problem across the country in a lot of different spots. But I think long term, the longer you keep folks suspended, the more likely it will be that things will push underground without any sort of regulation on them.”

“When they are focused on their chapter values, values-based leadership development and what their rituals mean, we do not see problems,” Finger said. “The challenges come when there is an overemphasis on social interactions. This includes partying and unfortunately sometimes excessive alcohol use, which then possibly leads to harmful and disruptive behavior.”

When these problems do occur, they can be extreme.

Caitlin Flanagan, contributing editor of The Atlantic, wrote in her article “Death at a Penn State Fraternity,”

“At the national level, all fraternities vehemently prohibit hazing and spend tremendous energy and money trying to combat it. But according to the most comprehensive study of college hazing, published in 2008 by a University of Maine professor named Elizabeth Allan, a full 80 percent of fraternity members report being hazed.”

Flanagan points out the logic behind suspensions as tool to enact change.

“When they return with new members, they have a fresh start to move forward rather than remain stuck in the ‘old ways’ that were unproductive, misaligned and potentially harmful or dangerous,” she said.

Sophomore Sam O’Connor works to uphold her sorority values. When she hears about Greek life hazing in the news, as a member of Elon’s chapter of Alpha Chi Omega, she finds it very hard to understand.

“I think that this is especially important in Alpha Chi because we’re centered around helping women recover from domestic violence,” O’Connor said. “It’s hard to support and uplift women when you’re hazing them.”

Hazing is a deeper, systemic issue that Mitch thinks needs to be addressed before much real change will occur.

“I think college students, particularly college men, are looking for a sense of belonging without wanting to necessarily say that,” Mitch said. “By going through a hazing process, you’re basically saying, ‘I’m willing to go through X-Y-Z so I can belong and be a part of something.’ So what are we doing to address that sense of belonging for college men that doesn’t come in the form of physical or emotional abuse?”