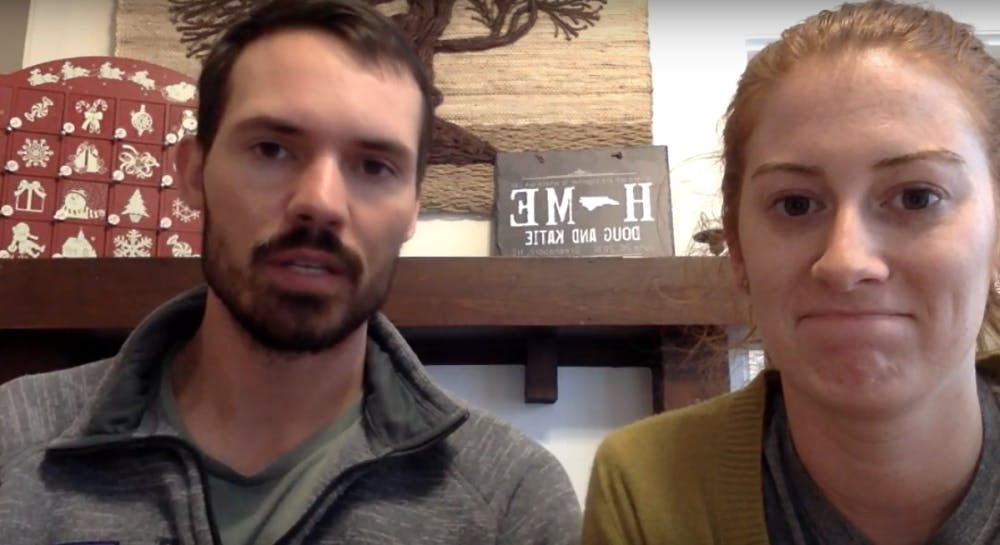 “It had been communicated that the primary reason for this decision was the beginning of Katie and I’s relationship,” Doug said in the video.

Doug and Katie began dating in the spring 2014 when Katie was a senior at Elon. They were married in June 2015.

“While we became aware of this possibility two and a half weeks ago, we were encouraged to not discuss this as we awaited clarification of the reasons and the process,” Doug said.

Doug said he was given this information by Jan Fuller, University chaplain, and Joel Harter, associate chaplain for Protestant life. Neither Fuller nor Harter have responded to Elon News Network for comment.

“[Fuller and Harter] believe that removing me from campus would be for the long-term benefit for students' experience in InterVarsity and at Elon,” Doug said. “We were shocked and saddened. We had hoped for a different outcome.”

It has yet to be announced whether Katie will be staying at the University.

“We are deeply saddened by not being allowed to be at Elon together," Katie said in the video.  "Both of us had a lot of dreams of what we could do alongside the Lord at Elon. We recognize that this is probably a shock to you all and unexpected.”

Elon News Network contacted Doug and Katie for additional information and who said they have no further comment but encourage students to watch the video.