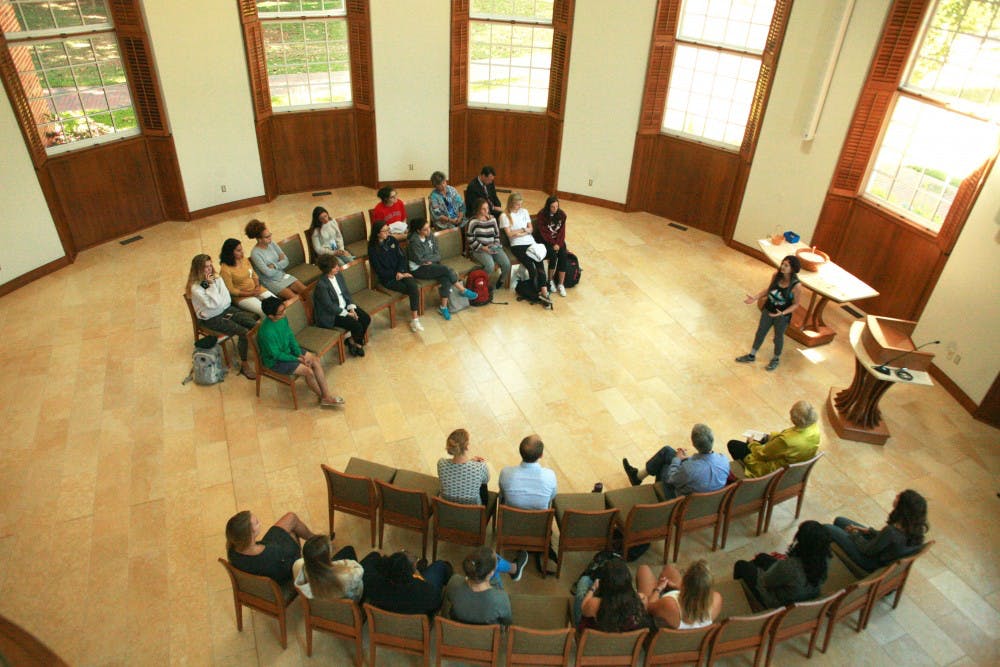 Members of the Elon University community gathered in Numen Lumen Pavilion Monday afternoon in what was called, "a time of prayer and lament," following Sunday night's mass shooting in Las Vegas, Nevada.

The vigil, hosted by the Truitt Center for Religious and Spiritual Life, allowed people to speak and voice their thoughts and feelings. Among those that spoke were Jan Fuller, university chaplain, and Joel Harter, associate chaplain for protestant life.

Fuller said she was, "tired of praying about these things," acknowledging the numerous vigils that the Truitt Center has recently hosted in response to tragedies. Fuller added that she hopes the many prayers shared will lead to improvements.

"It almost seems like the new norm, to have occurrences like these," said senior Sydney Nelson as she left the vigil. "So, it’s almost brining to light that it’s not normal and there is a way around it."

Attendees were invited to provide their ideas on how to move forward by filling out cards with their thoughts on what can be done on Elon's campus. The event ended with a candle lighting to honor victims.