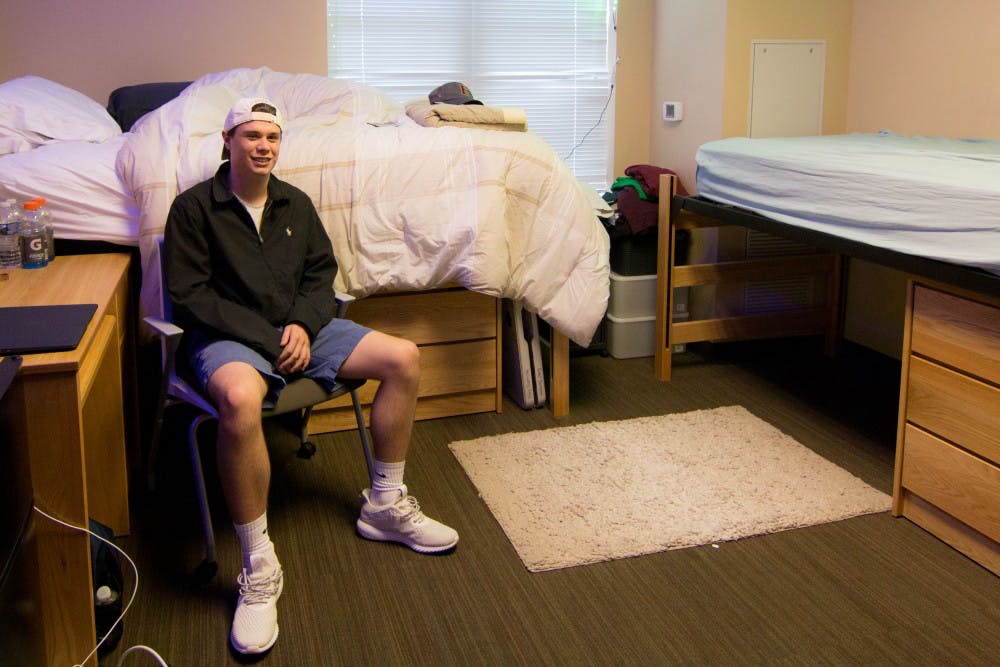 Divya Dewan planned her sophomore year based on her freshmen year experience. She knew she wanted to live in the same Living and Learning Community (LLC), Leaders in a Global World.

Her soon-to-be roommate was one of her friends from freshman year. When her friend told her she was transferring to another school in the middle of the summer, Dewan did not know what to do.

“I was a little frazzled,” Dewan said.

A couple weeks before move-in day, Dewan received an email from her LLC advisor. She was given the contact information of a freshman that had been assigned as her future roommate and Dewan reached out.

Dewan is not the only student in Global A without a roommate.

Freshman Parker Thompson on the second floor was not aware his roommate had withdrawn from Elon until two hours after he had moved into his dorm. When he was told by Residence Life that he was going to have to wait a couple of weeks to find a roommate, he assumed his room would be a priority living space.

According to Thompson, Global A is a desired housing option. Thompson’s room is one of the few rooms without a shared bathroom.

While he was given the option to buy out his own room, Thompson did not want to spend an additional $800 on housing fees.

Instead, he filled out a form which entered his name into a pool of double rooms with vacancies, searching for prospective candidates.

The severity of the candidate’s living situation was evaluated in the pool, but residents were allowed to select their roommate in conjunction with Residence Life.

“The situation plays a part, but [Residence Life] was really good about saying that it is up to you, and the person you feel well-connected to,” Thompson said.

Prospective roommate candidates have the option to text or email residents in double rooms with a vacancy.

Candidates are supposed to prepare questions ahead of time for an interview with the resident, but residents should also have an idea of what they are looking for in a roommate. For Thompson, being flexible was an important part of his decision-making process.

“I came into it with an open mind. I really made [my room] my own. I’m sure if I do get a roommate, one of the candidates will be fine and we’ll get along well,” Thompson said.

Freshman Katie Melton, current resident of Sloan went through the same process and received a new roommate in a shorter period of time.

“I did live with a vacancy for a little over two weeks, but I got a roommate halfway through September,” Melton said.

While the prospects of a new roommate can be nerve-wracking, Thompson is looking forward to the possibility.

“I’m sure it will be an easy fix. I am looking forward to having a roommate in the sense that I have someone here — coming home from class, having someone to talk to right before you go to bed,” Thompson said. “I would appreciate those little things.”