On and off, short power outage across campus 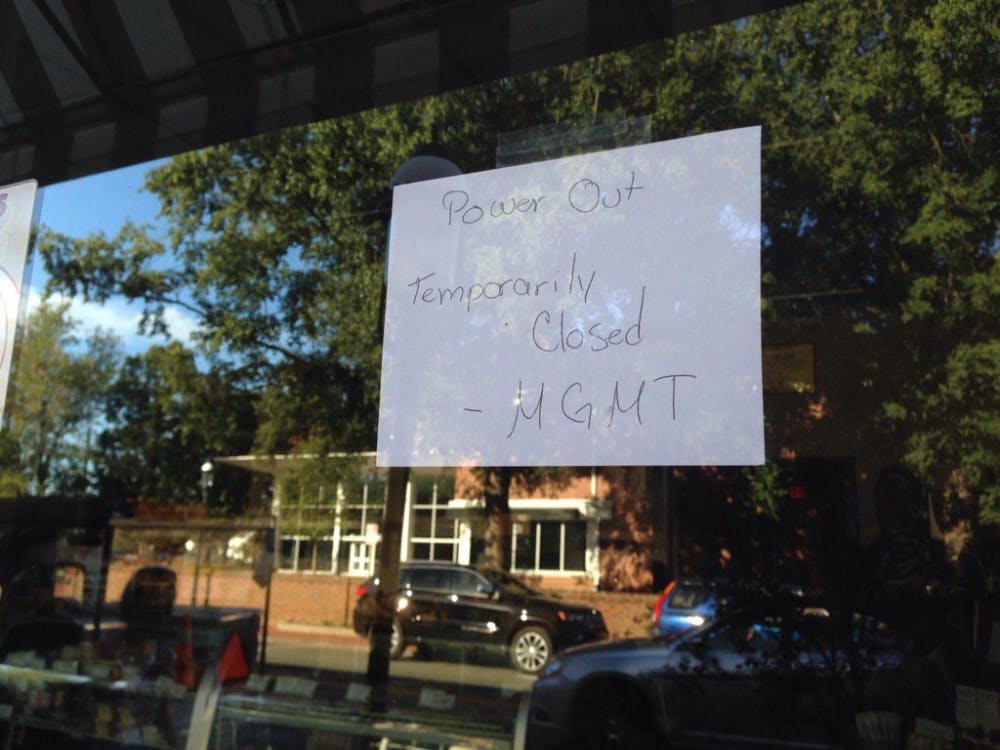 Power outages spread across campus Thursday afternoon due to a cut electrical wire near East Trollinger Avenue, according to Lt. M. Brewer of the Town of Elon Police. Most South Campus locations' power should be restored at this time, excluding the Ellington Center and South Gym.

The two facilities will be closed and any evening activities scheduled in South Gym have been canceled, according to an email from Jon Dooley, Dean of students. Dooley sent this to all undergraduate students at 6:21 p.m. Thursday evening.

Dooley said Duke Energy is not able to provide an estimate for when power may return to these buildings.

All of South Campus lost power at 4:11 p.m, and it was expected to return around 8 p.m. Thursday.

Duke Power was working on South Campus, Brewer said, when they cut a wire causing a  surge of electricity. It  turned the power off on South Campus. Businesses, apartments and Elon buildings along East Trollinger Avenue and South O'Kelly Avenue lost power. The stoplight at the intersection of Williamson Avenue and Lebanon Avenue also lost power, and a campus safety & police officer was conducting traffic.

Witnesses saw sparks around this intersection, Brewer said, but he was not aware of any fire. The power was shut off to avoid this. On his dispatch, Brewer heard this was "the most exciting thing to happen all day."

Most of the buildings and lights regained power at 5:05 p.m.

Duke Energy had originally given B.C. Parker Real Estate residents an estimate time of 7:30 p.m. for power to be restored. They have not responded to ENN's calls about why their estimate was so much later.

Residents who lost power are told to call an after hours Fix-it number or the residential Neighborhood on-call phone if they are still experiencing issues. An Elon employed electrician will attempt to resolve the situation.