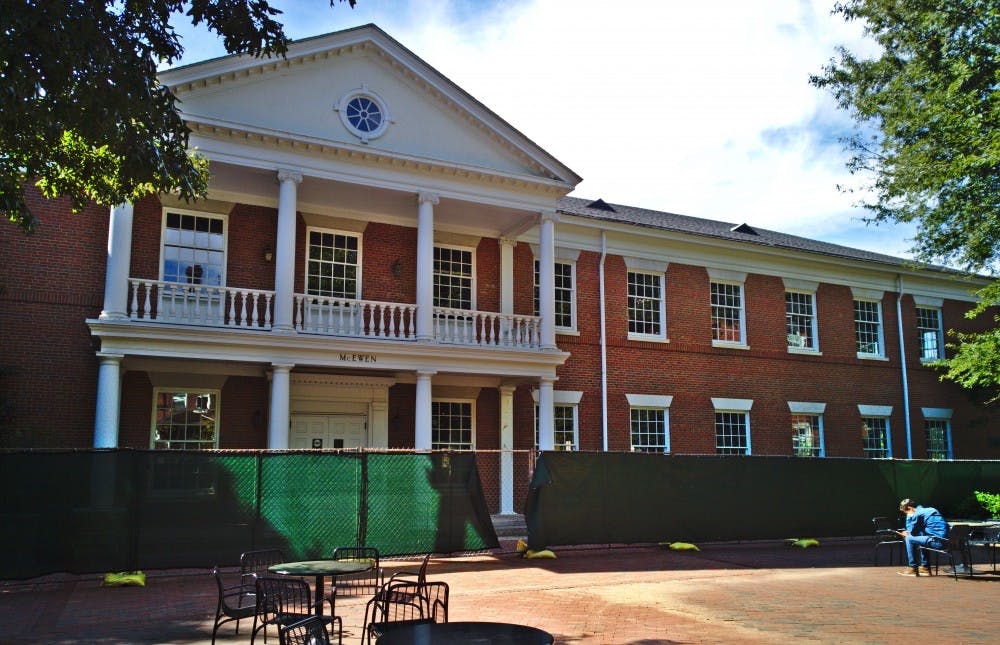 Construction fences surround McEwen Dining Hall, but renovations have not begun yet. Brad Moore, the Elon university architect and director of planning, design and construction management, said constructions are still on schedule.

“They should start mobilizing in the next couple of weeks,” Moore said.

The renovation of the dining hall was originally scheduled to take place during the 2016-2017 academic year but weather delays forced a change of plans.

No visible changes have been made to the exterior of McEwen Dining Hall yet but the interior has been demolished.

The existing building will be renovated and extended. According to Moore, the renovated dining hall will seat up to 600 visitors doubling the capacity.

Moore said the all-you-can-eat dining hall will be relocated from the second floor to the first floor and three new food vendors will move in upstairs.

The choice of vendors has not yet been finalized according to Resident District Manager Pulkit Vigg, but Dining Services has been in contact with Pei Wei Asian Diner and Village Juice Co., making them likely choices.

“As we continue to look at Historic Neighborhood and renovate the residence halls there, the desire was to take the dining hall and meet the needs of our students,” Moore said.

Vigg said the Chick-fil-A branch in McEwen saw about 600 visitors per day compared to 300 and 100 per day for the dining hall and Varsity respectively.