Book took Lauren Duffy on a trip to D.C. in 2008 to testify in front of a House of Representatives subcommittee 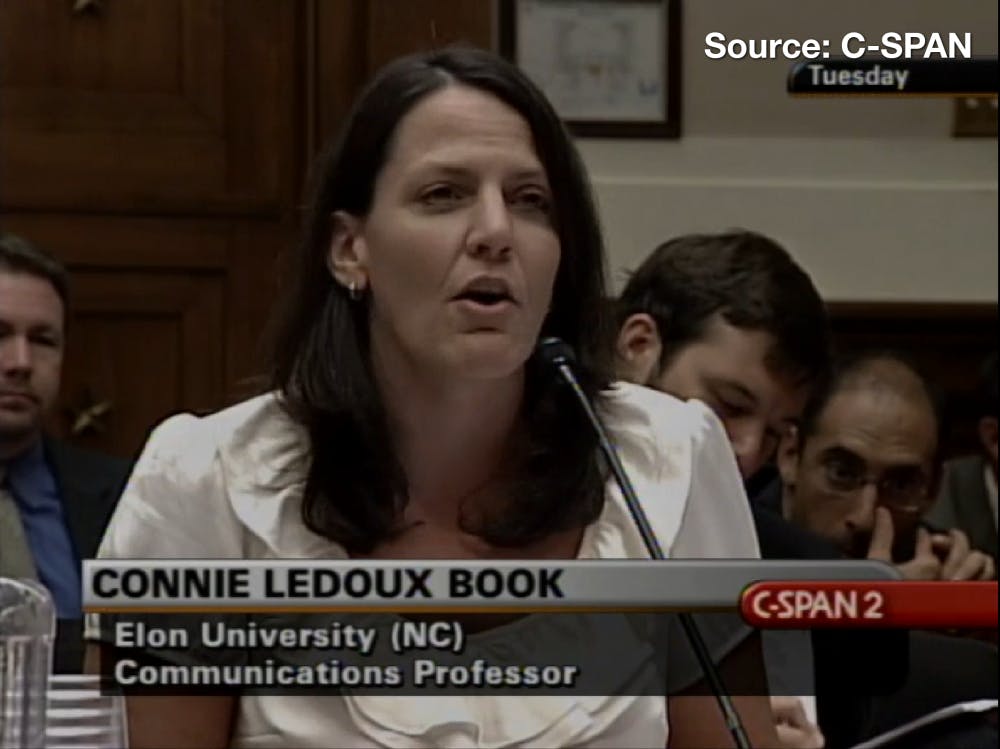 When the newly-appointed university president Connie Book testified in front of a House of Representatives subcommittee on the digital television transition, she brought a special guest with her: Lauren Duffy.

Duffy graduated from Elon University with a degree in journalism in 2009. She had a close work and personal relationship with then-school of communications Associate Dean Connie Book. Book invited Duffy with her to Capitol Hill to encourage her to push her boundaries.

"The whole trip was a highlight," Duffy said. "She was really well-known for having really high standards for her students."

Duffy returned to Elon in 2012 as the associate director of Corporate and Employer Relations first for the Elon College of Arts and Sciences, and now for the Love School of Business. She explained how great it was to see a woman in a position of power.

"I learned from her that you can be successful in academia and be a mother," Duffy said. "I have a two year-old son and I'm about to have another."

After becoming department chair of the school of communications, Book went on to be promoted to associate provost of academic affairs in 2010. Here, she played an instrumental part in establishing the SPDC, the current university residential campus plan, and the Elon commitment strategic plan, which includes expanding Elon's global education. Duffy currently works for the SPDC and said it's "the best job she's ever had."

In reference to Book returning to Elon now as the first female university President, Duffy said "it's really great to see someone who believes in our mission."

Topping off her 16-year run with the university, Book accepted a position as provost and dean at The Citadel, The Military College of South Carolina in 2015. She was the first woman to hold that title as well.

Lambert will remain in office until the position is handed over to Book on March 1, 2018.