An Elon University senior was hit by a car Thursday morning, no critical injuries 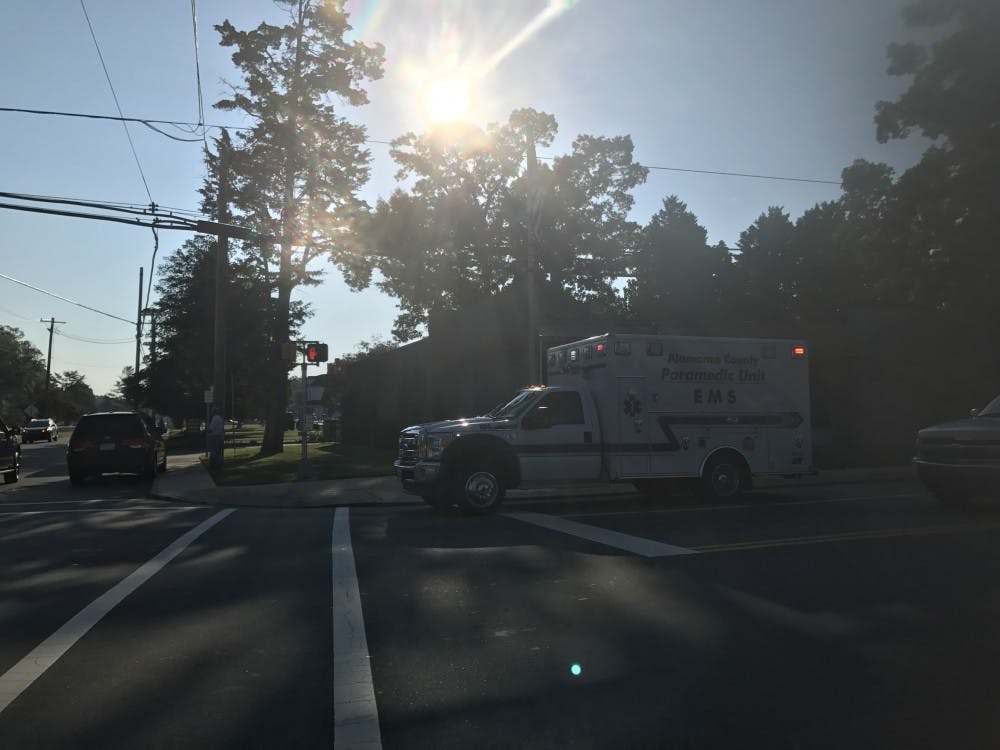 
Elon News Network was at the scene where a student was struck by a car Thursday morning.

Elon University senior Olivia Hobbs was struck by a car around 8:30 a.m. Thursday while crossing at the intersection of East Trollinger Avenue and North Williamson Avenue. For reference, this is right near the Elon Post Office and the Town of Elon Police Department.

Cliff Parker, Town of Elon police chief, said Hobbs was conscious and had no life-threatening injuries. She was treated at Alamance Regional Medical Center.

The driver, Amitkumar Shah, is a Gibsonville resident. Shah told Elon News Network that the student, "Was crossing and it was too late," and that he's sorry. He is not an Elon student.

Shah is charged with NC General Statute 20-154, which is "failing to signal on starting, stopping or turning."

Hobbs declined to comment after ENN called her, but said she is "a little bruised and battered."

ENN also reached out to university officials for more information, but they said they do not have any at this time.