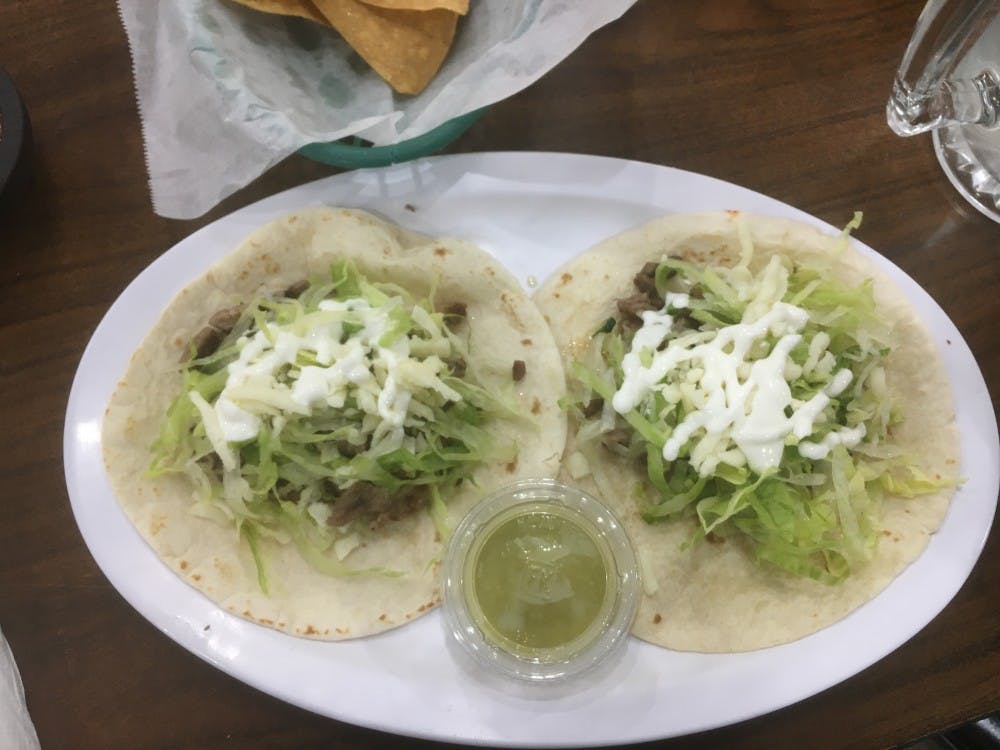 Taqueria Aztlan offers tacos for under one dollar with fresh ingredients. Photo by Jackie Pascale.

Driving down South Church street, there are “For Sale” signs and vacating businesses on each street corner. But one shop is defying the odds with a 10-year run as a successful restaurant and market.

Taqueria Aztlan is a family-owned authentic Mexican restaurant, headed by Esperanza Villalobos and her mother. Villalobos says their biggest competition are food trucks.

The reason for this revolving door of businesses in east Burlington is a case of expectation versus reality. “Because a lot of people expect to make tons and tons of money on the spot,” Villalobos said. “Like they want to make all the money they invested within the first six months, which is honestly impossible.”

What sets her restaurant apart, Villalobos said, is the quality.

“The food is real authentic, Villalobos said. “We make everything on the spot, so it’s a lot fresher than other businesses. And we’re cheap, or a little less expensive than other restaurants. So that makes a difference as well.”

The menu exhibits the typical items we’re used to: tacos, burritos, empanadas. But it’s the taste that sets these standard items apart from any old Mexican restaurant. The salsa is chopped and mixed fresh for each table, and the meat marinates for hours before it is cooked and served. Powerful flavors and fresh ingredients are the at the core of Taqueria Aztlan. What’s even better is the cost.

A simple corn taco is under a dollar, and even the most expensive one is less than three dollars. Definitely good for a college budget, which Villalobos said is how she got more Elon customers in the door. But she wants to be clear, especially for students, that her food is not Tex-Mex.

“I’m like, sorry but we’re not Taco Bell,” Villalobos said. “We’ll have customers that get mad, but I tell them, like that’s not the kind of food that we cook. Like, if you want Taco Bell, go to Taco Bell.”

The place is gaining a following outside of just Burlington. “I have a mixture of everything now,” Villalobos said. “I’ve had customers come from Durham, from Virginia, from Greensboro, and obviously Graham, Mebane, Elon, Haw River.”

It’s clear that people are making the trek for more than your average taco. As long as you’re clear on what to expect, this place is sure to leave you and your wallet stuffed.