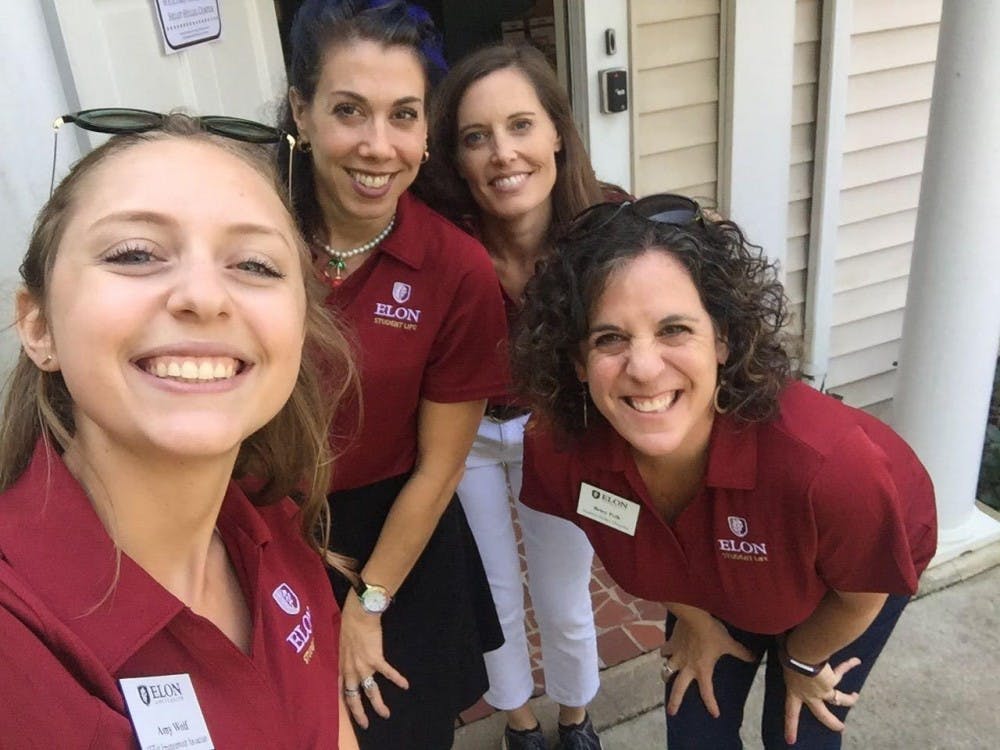 Betsy Polk (right) assumed the role of Interim Director of Hillel in July with hopes of bringing her leadership experience to campus. Photo courtesy of Betsy Polk.

As freshmen begin settling into their new homes at Elon University, Betsy Polk, Hillel’s new interim director, is settling in as well. Hillel is one of Elon’s many religious organizations that strives to give students a “home away from home.” Hillel was established to serve Jewish students on campus as well as anyone who’s looking for a community on campus. Co-president Lea Silverman says that Hillel provided a group of likeminded people who made her transition into college a bit easier.

“I wanted a Jewish community at school because I was really connected to mine at home so I kind of just fit in," Silverman said. "It got me out of my dorm a little freshman year.”

Now a senior, Silverman said that in addition to free meals, she likes the variation of people she has met through her involvement in Hillel.

“There are a lot of really good people who are interested in the same things,” she said. “But you meet a lot of different people as well because it’s not something where you have to be one major, or one whatever.”

Silverman hopes that the addition of Polk to the team will help bring a lot of her and her team’s ideas to life.

Polk, who has a background in leadership — specifically working with teenagers — is excited to be working with Elon, a place she has admired from afar for years. She arrived on campus at the end of July to start her role after Nancy Luberoff, a former director of Hillel, reached out to see if Polk was interested in the position.

“I thought it would be a great chance to bring the work I’ve done with leadership development and team building to Elon,” Polk said.

“I think Betsy is very maternal,” Silverman said. “I put my bag in her office the other day when we had our big Shabbat, and she was worried about it so she put it in her closet to make sure no one took it or touched it. She just has a very caring, maternal aspect to her so I think that’ll be something that a lot of kids miss about being home and so I think that’ll be nice for her to add something like that.”

Hillel hosts lots of events for students to come together, eat and engage with their Jewish identities. The fall is a busy time for Hillel because many Jewish high holidays fall during the first few months of the semester. To kick it off, Hillel will host their first “Food truck Shabbat” on Sept. 1. Amy Wolf ’17, who now works on staff at Hillel, has been key in creating new, exciting ideas for the upcoming year — including “Food truck Shabbat.”

Polk hopes the Elon community finds Hillel to be a welcoming place for all students.

“I think building community and being a part of a vibrant community is an important key to success and happiness in college and in life," Polk said.

The Sklut Hillel house is located at 401 E. College Ave., at the corner of E. College and Antioch.