For her family, Professor plans to leave Elon University and Burlington, North Carolina 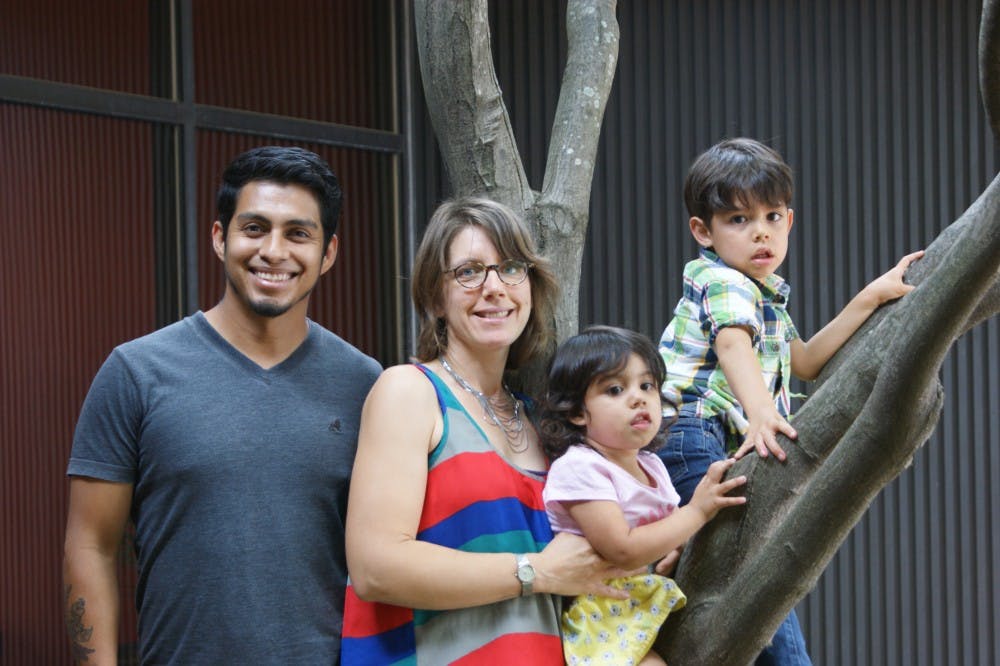 Robin Attas, assistant professor of music, will be leaving Elon University and moving back to Canada with her husband, Nicolás Narváez Soza, and their two children. Narváez Soza said he has endured acts of racism since the couple moved to North Carolina in 2013.

“I noticed that I was treated differently like at the post office or the pharmacy or even the grocery store,” Narváez Soza said. “I was lining up at the post office […] when it was my turn, the attitude changed completely. They became less respectful.”

Attas met Narváez Soza in Nicaragua, when she was traveling there between her masters and Ph.D. Narváez Soza followed her to Canada in 2008 and gained dual-citizenship status in 2013, just before they left for the United States.

“Elon seemed like a good fit in terms of what I was looking for professionally,” Attas said.

When the couple bought a home in Burlington at the end of their first year, the racist attitudes were not instantly apparent.

“In the beginning, I was in denial,” Narváez Soza said. “I wasn’t sure what was going on. I thought maybe they were just having a bad day. I started realizing it must be something else.”

The fact that Narváez Soza wasn’t being treated with respect became clear to him during a shopping trip to his favorite store in mid-2015, Lowes Home Improvement. He could not remember the name of a random item and asked another shopper for help.

“I asked somebody, I tried to describe it,” Narváez Soza said. “He told me I need to learn English if I want to find stuff. That was hard because that was my favorite store, and all of a sudden, I was uncomfortable going there, and then I just felt embarrassed.”

“Those little things have been happening since we moved here,” Attas said.

Small incidents such as these are easy to dismiss. At the beginning, the family wasn’t entirely sure what was going on. But when these small events turned into acts of physical aggression, Attas no longer doubted these were acts of racism.

“He told me how he was standing on the front lawn with our two children and a pick-up truck drove by, and somebody threw a bottle out of the window and yelled ‘f***ing Mexican go home’ and then tore off,” Attas said.

A week later, the same situation happened at a playground. Narváez Soza believes that the last presidential election played a significant role in the attitudes of people.

The turning point came when Narváez Soza was pulled over for the third time by a police officer in Greensboro. The officer claimed he had not been wearing his seat belt, even though he was. When he reached for his documents in the back seat, Narváez Soza said the officer became tense and grabbed toward his gun.

Following this incident, the family decided to put Burlington and the United States behind them.

“It’s life or death at this point,” Attas said. “It’s clear that it’s not just a mental health issue or my husband feeling uncomfortable living here or a cultural difference.”

The family has decided to move to Winnipeg, Canada, so Attas can be close to her parents and her husband can feel safe again.

“For me at least, at that point, I was pretty much done with North Carolina and I think honestly the United States,” Attas said. “It’s so sad in a way, because I know that the entire country is not like here, and I know so many wonderful Americans, but this experience tainted everything.”

Attas may be leaving behind Elon and her music career, but she believes that Elon can still help fight these hateful attitudes in the surrounding community and on its own campus. She referred to the incident a few days after the election when a student wrote “Bye, Bye Latinos, Hasta Lavista,” in a classroom and said the university acted swiftly to handle the situation properly.

But she said the surrounding area of Burlington may not have the same mindset.

“That’s great, but that’s Elon,” Attas said. “And then all around it, the same attitudes are existing.”

Though Attas said that Elon only has limited control over the outside communities, she thinks that students may not know the atmosphere outside of campus.

“I’ve had experiences where Elon staff have told me in my teaching that I should not take students to particular areas because they were not safe,” Attas said. “There is certainly a level of protection of students that happens at Elon, and sometimes I wonder if that protection is going too far and if it’s leaning more toward fear.”

According to Attas, more interaction between the campus and the surrounding community would go a long way in creating a more inclusive environment.

She noted that many of the school’s students come from affluent backgrounds. In January, the New York Times supported this when it found that the median Elon family income is more than $200,000. Because of this, she said it may be hard for the majority of the student population to change their mindset.

“Changing the campus culture, changing the kind of student that comes to Elon, is a really hard nut to crack.”

Elon University president Leo Lambert commented on the discrimination Narváez Soza and his family faced and how it could be prevented in the future.

"The kind of discrimination that they experienced is rooted in ignorance," Lambert said. "And the antidote to ignorance is education, and we’re in the education business. Within the own walls of our university we need to educate ourselves and take responsibility beyond the walls of this university to try to create a more just society, because there are some dark forces out there and you just need to be very vigilant."

As Attas prepares to leave Elon and start a new life with her family in Canada, she leaves behind a hopeful message for Elon students.

“It’s fear that holds everybody back from doing things,” Attas said. “The people who yelled at my husband are afraid, and it’s stupid. We’re all human beings.”

“Don’t be afraid and challenge yourself and don’t give in to the hate.”