Music misdiagnosed: a loss of voice, discovery of identity 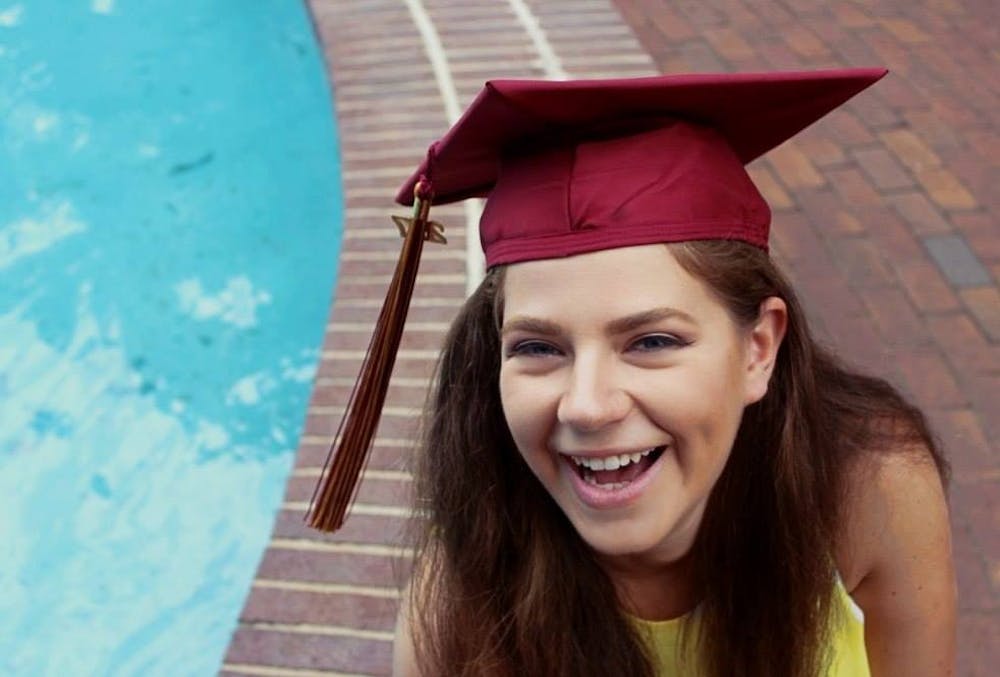 After years of opera training, senior Iliana Brodsky had to change her path when faced with a surprising medical diagnosis. Photos submitted by Iliana Brodsky.

When senior Iliana Brodsky woke up on the day of the most important auditions of her high school career, her voice was gone. So she did what most singers would: pretended nothing was wrong.

“I couldn’t speak,” Brodsky said. “I couldn’t even whisper. Nothing was happening. And I did what you were always taught to do. I got up and got dressed, took my music, put on my makeup, drank about three gallons of tea, put on the biggest scarf I could find and I went to the audition and just stood there.”

Brodsky had grown up in a musically inclined household in Brooklyn, New York. Her grandmother and aunt went to what later became the Fiorello H. LaGuardia High School of Music & Art and Performing Arts in Manhattan.

“I loved, loved, loved to sing,” Brodsky said. “If I could sing at school, it made math and science and history better, so I just started singing at school. When it came to applying to high school, it was kind of a no-brainer to do what they had done.”

She auditioned for LaGuardia where alumni include Jennifer Aniston, Liza Minnelli, Al Pacino and Nicki Minaj — and got in.

“It was in my junior year when I started getting sick a lot,” she said. “All of a sudden I was tired all the time, but I thought maybe it was just the stress of living in South Brooklyn and going to high school in midtown Manhattan.”

So Brodsky continued to go about her daily life.

“It wasn’t that my voice was changing, it’s that I started having to work harder to maintain the sound, and I stopped getting better,” she explained. “I was maintaining a sound, so nobody thought anything was wrong with me.”

Things took a turn the day of auditions for the highest-level chorus, individual voice instruction and opera workshop all in the same day with her voice nowhere to be found.

For one audition, students learned five arias (foreign-language pieces) and their translations. Brodsky’s teachers read her random lines from the arias and let her write the translations to try to accommodate her inability to sing.

“I actually wound up getting into the class,” she laughed. “But joke’s on them, I came back after summer and still didn’t have a voice back. I didn’t get into the chorus, but I got into opera workshop.”

She was still sick and struggling with her voice August of her senior year.

While one doctor put her on three months of vocal rest and a special diet, she started seeing Dr. Benjamin Asher who practiced a more homeopathic approach to medicine. She was sitting in his office one day, waiting to hear test results.

“Iliana, have you ever been bitten by a tick?” he asked her. When she immediately said no, he continued, “Are you sure?”

“And all of a sudden, I recalled this memory of two years earlier when I was volunteering for a weekend in the fall at my summer camp, and I got a tick on my shoulder,” she said. “I just had some guy pull it off. There wasn’t any bump, there wasn’t a circle, it didn’t look like anything, but that was the only time in my memory that I’d had a tick and that was about when I started feeling sick.”

Asher was the first doctor in New York City to be able to diagnose Brodsky with Lyme disease.

According to the International Lyme and Associated Diseases Society, Lyme presents differently in each patient and is difficult to catch through screening. Because under 50 percent of those afflicted remember being bitten by a tick or show symptoms of a rash, many cases go undiagnosed. Those with chronic Lyme require long-term treatment and still experience relapses.

Relieved, but not reassured

Sulica told Brodsky she could still make singing her life, but her voice would never go back to normal.

“I was really, really determined to do that,” she said. “To just make it work.”

Brodsky was on voice rest, in rehab and on a special diet for months. She went every other week to get antihistamine injections at 17 and was forced to change her college list to schools that didn’t match the training she’d dedicated herself to for years.

“I was singing for them, and I was sounding not good enough for them,” Brodsky said. “And I couldn’t tell them, you know? I was representing myself with a voice that didn’t sound like me in my head to people who I didn’t think I should have been representing myself to. And it was very damaging.”

Brodsky lived and worked in Israel for a year before coming to Elon, where she finished a bachelor’s in music by her junior year.

“I was killing myself over it,” she said. “And it was painful to still be trying something that I knew wasn’t representing who I was anymore.”

Lisbeth Carter, adjunct instructor in music, was Brodsky’s voice coach. Carter has worked as a voice coach for about 30 years.

Carter said it’s hard to undergo that type of change and Brodsky “worked really, really hard and made a lot of progress, but there are certain limits to what one can do.”

“She found a true calling and I think that she’s going to be very, very good at what she does,” she said. “She will have probably gained a great deal by her music studies even though that’s not necessarily the career path she’s going to follow.”

According to Carter, voice abuse is common among young musicians, even unintentionally through illness or injury.

“[Vocal folds] are like any muscle, it’s like any part of the body: if you injure it, sometimes it repairs and sometimes it does not,” she said. “The thing about it is if you smash your piano, you can go and buy another one. But if you abuse your voice, you only get one.”

Even as Brodsky tried to recreate the voice she once had, she realized it would never be the same.

“I just remember I had this sound of who I was, and then I just stopped hearing it after a while,” Brodsky said. “I was trying to recreate it and I couldn’t, and it was frustrating and it became pointless, and I started finding other interests.”

“They talk about the stages of grief; I went through all of them,” she said. “I think that first one where I was told, ‘You can work on this,’ and me falling so hard for that idea was denial in a big way.”

She said her gap year in Israel helped her discover other interests, and she eventually declared a second major.

“I became enamored with religious studies,” she said. “I realized I could be successful at other things, and it wasn’t a compromise of who I was but it was an extension of who I was.”

Despite having to move on, music remains something Brodsky holds close to her heart.

“I still don’t sing in front of people, really,” she admitted. “It was hard. I don’t tell people, I don’t talk to people about it still. I just still try to find the words for it, because it’s not been a part of my identity at Elon, but it was my entire life before it.”

Now, Brodsky is looking forward to after graduation, when she will go back to her old summer camp as director of group programming. After this summer, she plans to return to the city.

“I’m giving myself two years of leeway, but the idea is that in fall of 2019, I think I’m going to rabbinic school,” she admitted. “I want to do community work. I want to work with people. And so this is, I guess for me, the way to go about it and still remain part of the religious studies community.”

She credits this new facet of her personality to the loss of her voice. Her advice to young performers is to trust themselves and rethink what success looks like.

“Even though singing is still such a relief, hearing myself sing makes me sad,” she said. “That feeling — I don’t think it’s going to go away, but I think it will change and I’ll become more comfortable with it.”