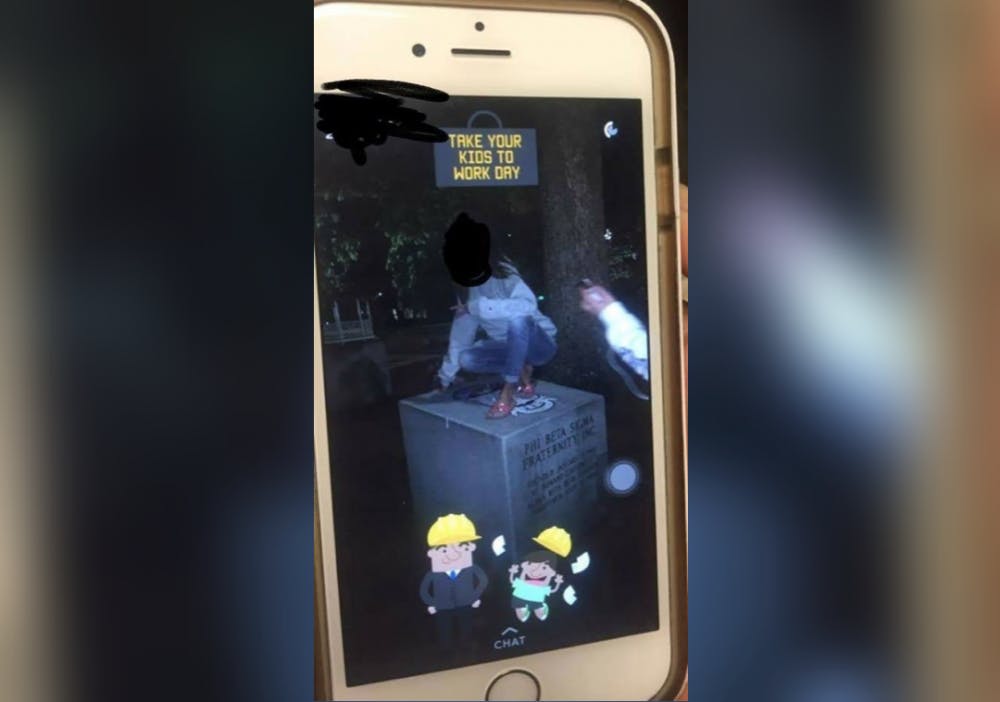 Columns are written by ENN staff members and represent their informed opinions. Columns and other opinions content are separate from news coverage.

When I signed up to live in the Sigma Delta chapter of the Alpha Phi Alpha fraternity's house for next year, I knew it would be eventful.

I didn't know it would geographically be at the middle of two controversies. This week proved me wrong.

Next fall, when I walk out of the front door to go to class, to my right will be the NC Mu chapter of the Sigma Phi Epsilon fraternity's house, and almost directly ahead of me will be the NPHC plots. The house and the plots are still in tact, but the organizations and what they stand for have been smeared with the footsteps of frustration, confusion and pain.

It always seems that when we — African-American students — take one step forward, society will scratch and claw its way to force us back. It's inevitable. Less than two days after Elon University celebrated the academic success of Black Excellence, news broke of Sigma Phi Epsilon's former president using a racial slur, implying a black student is a freeloading N-word.

After the NPHC community doubled in size and in recognition across campus this year, a white female student defamed the Alpha Beta Beta chapter of the Phi Beta Sigma fraternity's sacred plot by stepping on it. No amount of Snapchat views can justify that.

When I came to Elon last year, I knew I was going to be around people of a different mindset. Never did I think it would be this polarized.

My mom raised me to treat others the way I want to be treated. And as ignorant of an action as it was for these two students to do what they did, I'm also as naive to believe others were raised the same way I was. We live in an age where views can easily be expressed and heard. And while that is a blessing, it can also be a curse. It leaves the option for the majority to drown out the opinions and genuine concerns of the minority simply because they outnumber them. It's a grade school approach — like a bully on the playground.

And if you just take a step and listen, you can see the ache that exists.

Walk into the Center for Race, Ethnicity and Diversity Education (CREDE) any day and you'll see how students react when they feel comfortable around people who look like them. Twenty percent of Elon's 6,739 student population regard that room as a safe space, but some of the 80 percent may not even know where that room is located.

Take Professor Damion Blake's "The Black Man in America" course, and you'll be immersed into the discussion of empirical data and anecdotal narratives of systematic oppression. But as of right now, that class is majority black — a classroom filled with students who already know the struggle of being a minority. They're not the ones who need to learn this information. They've lived it.

Twenty four hours after the plot incident, sophomore Tres McMichael, a brother of Phi Beta Sigma, said something that really struck me.

“Even though she may have been standing on my fraternity's plot, I think that picture resembles what it means to be black on this campus," McMichael said. "To have someone always standing on our stuff, to have someone making fun of our excellence, and until we have conversations about why this is such a problem, it’ll continue to happen.”

My peers have also tried to spark discussions. Black Solidarity Day. N-word forums. A month devoted to diversity education during Winter Term. What else can we do? All of that seems to have gone to waste.

But the university is not at fault here. I've had numerous conversations with faculty and staff and their care and concern for the minority community oozes with every word they say. President Leo Lambert. Interim Director of the CREDE Sylvia Munoz. Associate Vice President for campus engagement Randy Williams Jr. Associate Professor of communications Naeemah Clark. Associate Dean of the School of Communications Kenn Gaither. The list goes on.

But they're not the ones who will potentially call me the N-word at a fraternity party. It's the drunk white kid who will. And that's the dangerous part.

Until white students understand — or make the effort to understand — the plight of the black student, Elon can not call itself an inclusive campus. I admire the work Elon has done to try to promote diversity. But no special task force, special admissions weekend geared toward diverse students or mentoring program can solve the problem. It's up to the students to take ownership and learn.

And I'm not casting blame on everyone because broad brushes are never ideal. My freshman roommate is white and is in Sigma Phi Epsilon, and he and I are still cool to this day. The vast majority of people on this campus are civil. Most of my friends at Elon are white, and I know they would do anything for me and vice versa. But the uniformed few are the ones that ruin it for everyone.

But taking accountability to be knowledgeable is crucial. All you have to do is ask.

If you are tempted to say a derogatory term because you've heard it in a rap song, ask a black student for his or her opinion. If a black student is wearing a three Greek letter combination across his or her chest you don't recognize, ask them what it means. Ignorance isn't an excuse when you have every resource not to be.

It just shows that you're lazy or unwilling to use them.

I have two more years left at this university, and more than likely, most of that time will be spent in either the newsroom or the Alpha Phi Alpha house. I'm surrounded by reminders of what happened this week and that's something I want to erase. At some point, enough has to be enough.

And if this won't do it, then what will?