Senior to work for sorority after graduation 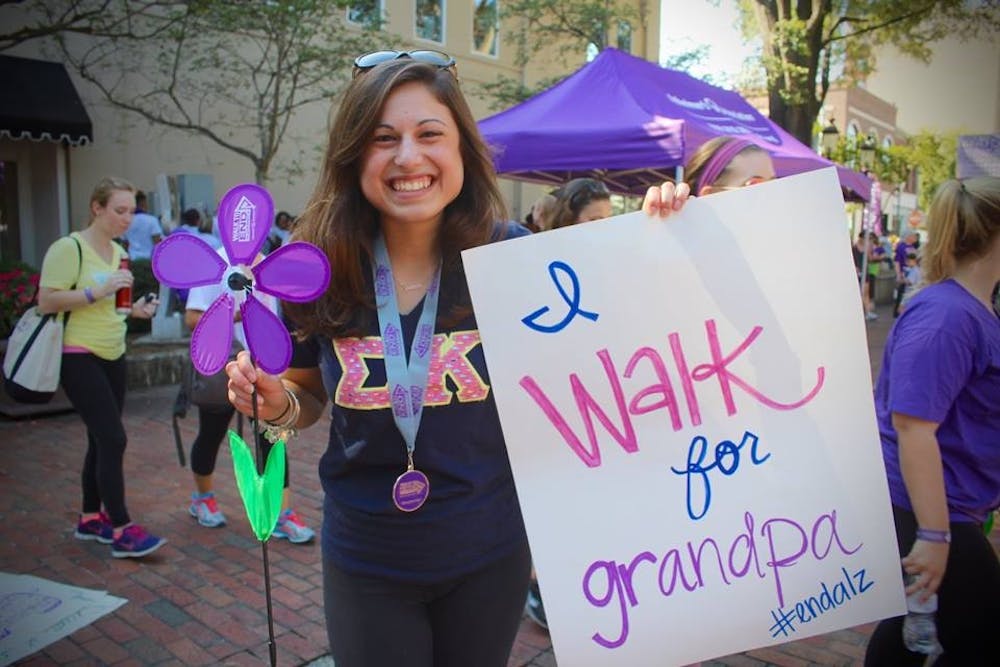 When senior Sara Elgart first walked onto Elon University’s campus, she didn’t anticipate joining fraternity and sorority life — but now, the former president of the Kappa Zeta chapter of the Sigma Kappa sorority has accepted a job to work at Sigma Kappa National Headquarters.

Sigma Kappa, headquartered in Carmel, Indiana, hires a team of women graduating from the numerous chapters around the country to be leadership consultants for the organization.

“I had originally thought, ‘I [am] not a huge traveler, why would I be interested in something like [this]?” Elgart said. “But, I decided to go to the info-session and it kind of took off from there. “

There are two types of leadership consultants, one who travels every five to six days to various chapters around the country, and a residential consultant who is assigned to a specific campus and spends most of her time in one place. The program lasts one year and team members must be initiated members of Sigma Kappa to apply.

Elgart won’t know which consultant she will be until later in the summer, because each team member is placed based on leadership styles and personality.

“You don’t give preferences [of where you want to be placed] or anything. It’s totally based on leadership style and where they think your personality will match the needs of the chapter,” she said.

Elgart said one of the most exciting aspects of the opportunity is the chance to give back to an organization that has given her so much.

“I think I was most interested in the opportunity to give back and to make a difference in other collegiate sisters’ lives. Knowing older sisters who have had an impact on my life — I would love to do that for others,” she said. “I think the opportunity to get to travel the country while serving the organization and working on leadership development — I am a leadership nerd, I love leadership development — all the bells and whistles align.”

Rebecca Pope-Ruark, associate professor of English, has been advising Elon’s Sigma Kappa chapter for 10 years and has served as Advisory Board Supervisor for the last five years. She sees Elgart as one of the best chapter presidents she has worked with to date.

“If there is a problem, [She] will think about what the core of the problem really is and brainstorm a few ideas for how to address or approach, then discuss it with a mentor or other student leaders,” Pope-Ruark said. “She was easy to mentor because she never wanted me to just tell her what to do — she genuinely wanted to discuss issues or opportunities and come to her own decision to do the best in each and every situation.”

Leadership consultants receive a small pay for their work, but all housing and travel expenses are covered by the organization.

“For me it’s not about the payment — it’s about the opportunity that it is going to bring and the opportunity to meet [and network] with other people,” Elgart said. “I don’t think that any of us that took this position took it for the money. If we did, I think we would have taken a different job because this is not the one you would do for [money] — it’s for the experience.”

The incoming team consists of 16 women, but the numbers vary year to year. Elgart will be the second Sigma Kappa in two years to graduate from Elon and become a leadership consultant for the national organization following Marlee Jones ’16.

After the year is up, Elgart is unsure whether she will apply to stay another year — as some leadership consultants do — or if she’ll look for another job. Though her passion right now is event management and planning, she is open to discovering other career paths throughout her year with Sigma Kappa.

“I’m not sure where the next year will take me in terms of whether I want to apply to do this again for another year or if I want to go straight into corporate events — or a different route,” Elgart said. “Right now if I were to answer that it would be to go into corporate event planning, but I’m very open to see where the next year takes me and if that opens doors to other opportunities, then I am keeping an open mind.”