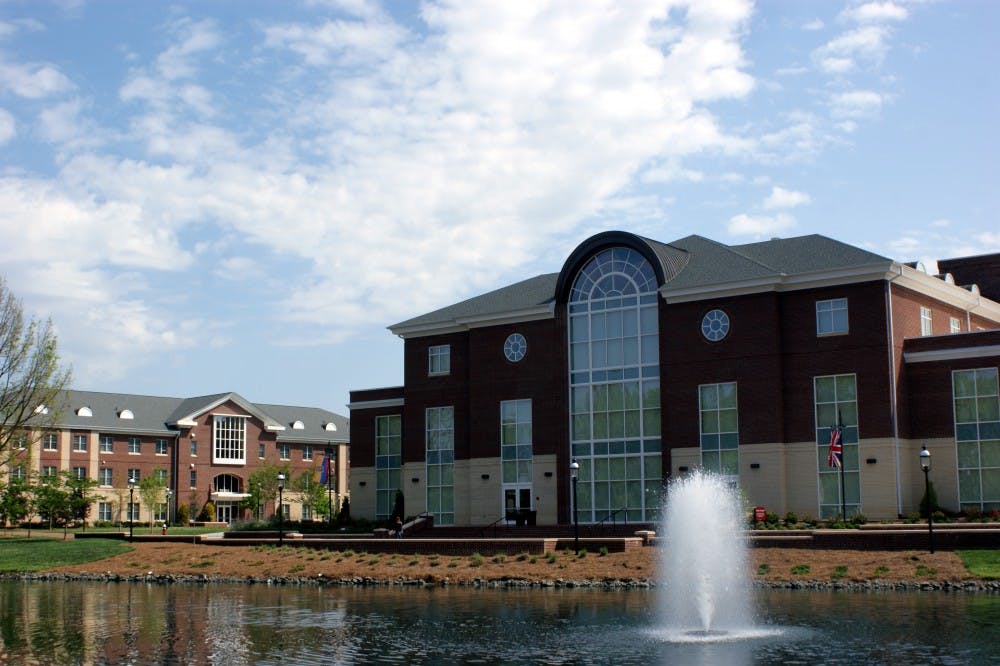 The Global Neighborhood at Elon University has a dual personality to most students. Initially, freshmen are excited about the neighborhood and its traditions, but upperclassmen seem to forget about them, according to most students. Now in its third full year as a residential neighborhood, the community is wrestling with its identity as an inclusive space and with declining participation at some of its major events.

“Not a lot of the events are very popular,” said sophomore Nick Grant, a resident assistant in Global B.

“It is a community, but it’s more of an underlying fact,” she said.

Construction on Global Neighborhood began in the summer of 2012 and opened in August 2013, almost 4 years ago.

To Nderitu and freshman Arianne Payne, they feel like the Global theme, is not very prevalent.

“I would like to see more community builders focused on global experiences,” Payne said.

“I would like to see more of the actual global aspect of it,” Nderitu said.

Global hosts regular activities, called “Annual Traditions,” such as monthly dinners. But, according to Nderitu, many people don’t go to these events as the semester progresses. The events are only well-attended in the first few weeks of the semester.

But Jennifer Zinchuk, assistant professor of English and faculty director of the Global Neighborhood, does not consider this to be a problem. The neighborhood plays a role in welcoming students and helping them find their place on campus.

“Many students will participate in global events early in the year because they don’t know where else to go,” Zinchuk said. “As time passes, their world on campus grows. Students simply find other places where they belong.”

But while events can be spotty in participation, some students still feel that Global lives up to its reputation as a welcoming environment.

To Grant, what stands out most about Global is inclusivity, diversity and academic engagement outside of the classroom — be it through speeches at monthly events or the faculty who live there.

“We are always talking about something intellectual,” Grant said. “I think it’s important for students to learn how to do that.”

In fact, Grant believes intellectual conversations are the core aspect of the Global Neighborhood. The neighborhood aims to seamlessly integrate the residential living experience and academic life of students.

According to the Residential Campus Plan of 2009, a visiting Harvard faculty member inspired the university to work toward a more intellectually-rich campus. The plan stated that Elon wanted “reconsideration of the residential climate, the structures that support the intersection between a student’s experience living and learning on campus and the moments where the two meet,” leading to the current Global Neighborhood.

Global can house up to 600 people, including 595 students and five faculty members who live there. According to Ian Reynolds, assistant director of Residence Life for Facilities and Housing Operations, almost all of the 595 spaces are taken. No more than a dozen are free.

The Global Neighborhood association continues to host events throughout the year.

“Of course we want more students to come and we are trying to think of ways to make the programming more interesting,” Zinchuk said.

She plans to have dinners on days other than Tuesday nights, so that club meetings or classes don’t get in the way.

The university plans to maintain the global attitude through the Global Neighborhood Association, which includes faculty, staff and students, according to Elon’s website.

“Their constant participation in the activities keeps that global theme,” Zinchuk said.

The theme seeps into other events as well. For example, for their Halloween party, they try to always include a global perspective. “We always kind of ask, how can we make this more international?” Zinchuk said.

Students complain that events hosted by the Global Neighborhood often take place in other parts of campus.

“One of my big goals is to use the global facilities better,” Zinchuk said.

She wants to host more casual events and outdoor activities that make use of Global’s physical space, such as the quad.

“The weather is beautiful in North Carolina, we should be hanging out with each other even more.”