Aramark Responds to moratorium on campaign against their practices 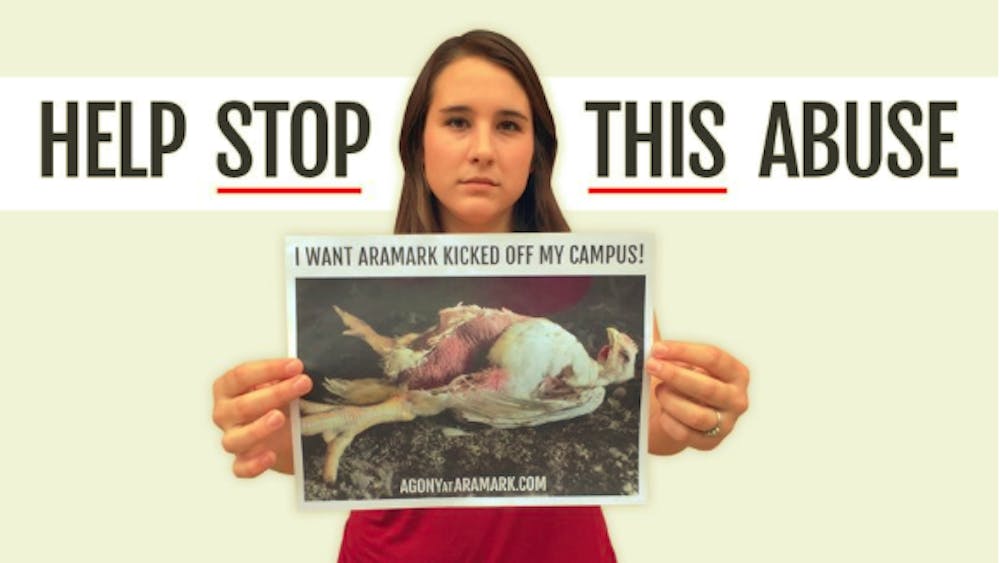 Elon's food provider, Aramark, is now the first major food service provider to commit to more humane conditions for broiler chickens. The company released an updated policy on Nov. 3 that will gradually improve the lives of broiler chickens raised by its suppliers by the year 2024.

When Aramark released their new commitments, The Humane League put a moratorium on their campaign against the food provider. The campaign first started in late September called on Aramark to make three changes for chickens: larger living spaces, healthier practices, and a more humane way for slaughter. To raise awareness, The Humane League started a petition which ultimately garnered more than 90,000 signatures

Aramark's new policies call upon its suppliers to improve the living and slaughtering conditions of broiler chickens by the year 2024 or sooner, if possible.

While Aramark's release of new policies did coincide with The Humane Leagues campaign, Aramark said the campaign did not influence its decision to implement the new policies.

"We actually already had an existing animal welfare policy ... that we’ve been working on since last summer," said Karen Cutler, Vice President for Corporate Communications for Aramark.

Aramark, alongside The Humane Society and Compassion in World Farming, was able to update its commitments and create an industry-leading animal welfare policy.

While The Humane League was not a part of the discussion, Cutler said they were originally intended to be included.

"We had scheduled discussions with them and had planned to involve them in our plans ... But they instead chose to launch an attack campaign to damage the company's reputation," Cutler said.

Taylor Ford, The Humane League corporate campaigns manager, said they tried to contact Aramark for collaboration but never received  a response. That's when The Humane League decided to start the campaign against Aramark, calling on them to improve their conditions for chickens raised for meat.

Elon University senior Marissa Costner joined The Humane League in their campaign against Aramark and became the face of the nationwide project. Costner said she's happy to see that their hard work paid off and that Aramark is making the changes they requested.

"We’re thrilled about the progress that will be made for ... millions of animals."

Speaking on behalf of The Humane League, Ford says he's also glad the policy came out and thinks it will make a positive impact throughout the country.

"It’s going to impact, our estimates show, maybe over 50 million birds and it will have a very positive impact on the welfare of those birds every year that are in Aramark’s welfare supply chain," Ford said.

Despite Cutler's insistence that The Humane League's campaign did not play a role in the new policies, Ford thinks otherwise.

"I really don’t think you can ignore that this campaign, you know — really hit the ground running, and students were very concerned about it," Ford said. "And I think ultimately it’s what led to Aramark releasing the policy."

Whether or not the campaign really did influence Aramark's decision to update its policies, Costner said she's just glad the lives of broiler chickens will be improved.

"Credit’s really not what any of this is about. It’s about the animals and the changes that are being made regardless of all of the behind-the-scenes stuff, so we’re thrilled no matter who’s on the press releases being given credit," Costner said.

Costner and Ford both said they were glad to see changes but that if Aramark doesn't follow through, the campaign against them will be reopened and escalated.