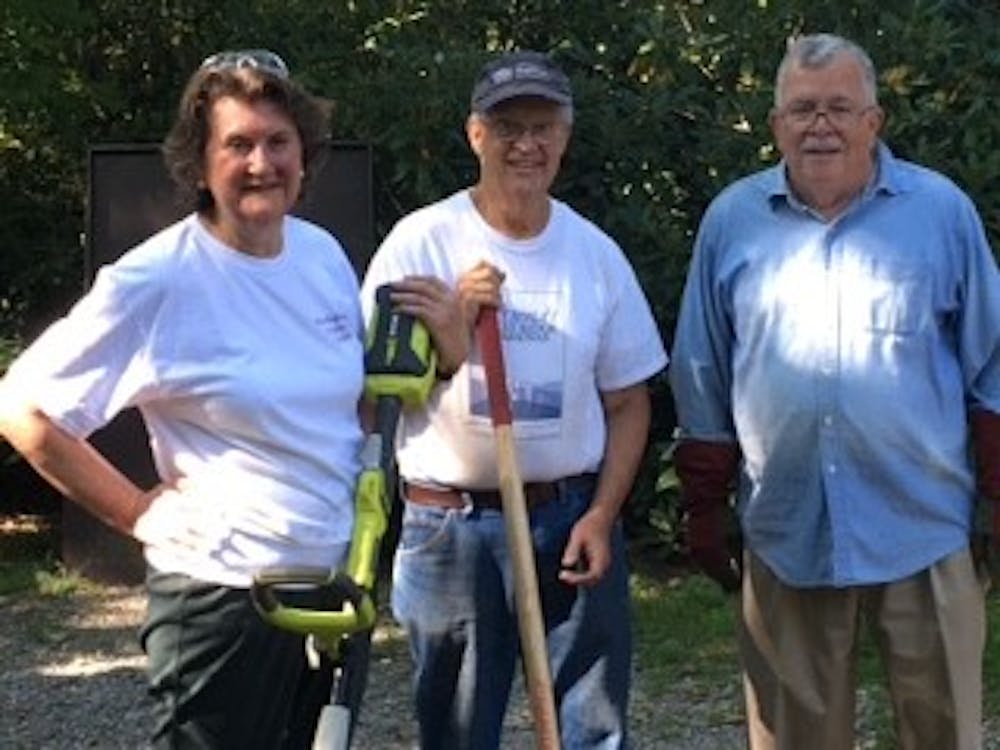 Midgette came to Elon in 1985 after meeting George Troxler, professor emeritus of history and university historian, and his wife at a southern historians meeting. Troxler told Midgette to stop by Elon and apply for a job if she ever found herself in North Carolina, because they were often hiring new professors.

“Before you knew it, I was at Elon,” Midgette said. “So that worked out very well for me.”

In more than 30 years' time, Elon underwent many changes, ranging from the student body to receiving its various accreditations.

Midgette decided two years ago that it was coming time to consider retirement. She was offered the position as faculty director to the Historic Neighborhood in 2014, and knew that after two years she would say goodbye to Elon.

As faculty director, Midgette lived in the faculty apartment in the Isabella Cannon Pavilion.

“My job as faculty director was to work with the Residence Life staff and to have some quality programing in the neighborhood and get to know students,” Midgette said. “I would eat in the cafeteria and stuff like that. I really, really enjoyed those two years.”

As part of her many years at Elon, Midgette also led an American History Study Tour during Winter Term with Janet Warman, professor of English and education, with whom she became great friends.

“[One of my fondest memories is] the year that it snowed so much in Gettysburg that she had the students — and us — trekking the battlefield in the snow," Warman said. "The students learned so much about the battle and had a blast doing it."

This past May, Midgette packed up and moved three hours west of Elon to Montreat, North Carolina, a small town near Asheville.

Despite moving away from her home of three decades, Montreat is not unfamiliar to Midgette and her family.

“Where I am now, Montreat, is where we always spent the summer,” she said. “It didn’t matter where we lived in the winter. My mother, my grandmother, my brother and I always came to the house here in Montreat that my parents bought when I was just eight years old.”

Growing up, Midgette’s father was a Presbyterian minister, causing the family to travel quiet a bit around the south. After her parents moved to a retirement community 20 years ago, the house was given to Midgette.

Since moving, Midgette jumped right into a new role — a volunteer for the National Parks Service at the Blue Ridge Parkway.

Though right now she’s happy in North Carolina, Midgette has considered to possibility of traveling to other parks around the country.

“You go on a website and see when they need volunteers, what they need you to do and if you agree to stay for a month or so. Then they will help provide you housing to be there,” Midgette said. “So that’s really a nice incentive if you want to go see and be a part of another park for a while.”

Along with pursuing her passion of working outdoors, Midgette has had the opportunity to enjoy another past time — traveling.

“I’m just looking forward to being able to see the whole part of Western North Carolina that I’ve never seen before,” she said. “I’ve got a list of 30 small towns and I want to see everyone of them — and that's just in West North Carolina.”

Since retiring, Midgette has found more time to relax, especially in the mornings when she would normally be preparing for class.

“I don’t have to move quite as quickly in the morning as I used to,” she said. “I can kind of linger with a cup of coffee.”

Although her teaching career at Elon has come to an end, Midgette will have chances to teach through the parks service as she acclimates to her new role. Midgette has known since she was a child that teaching would be her passion.

“I can remember when I was quite young for Christmas, Santa Claus brought me a blackboard and chalk, and I can remember lining up my dolls and teaching them whatever it was that I was learning in school at the same time,” Midgette said. “So something tells me this was probably something that was my destiny."