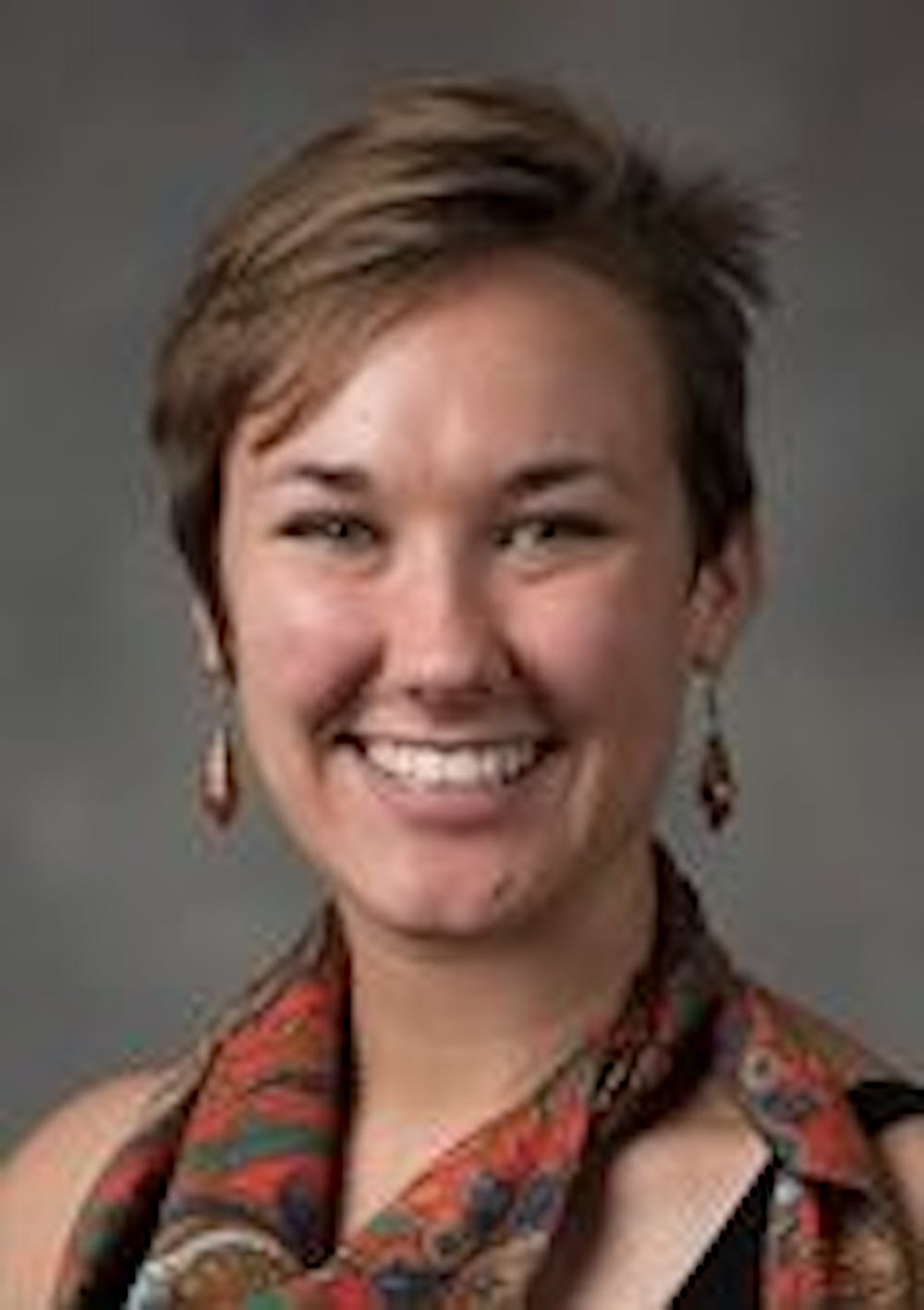 Looking at the Elon University banners on the light posts, Carrie Seigler still couldn’t believe she was working at the university. As the Truitt Center’s new multi-faith and intern coordinator, she arrived on campus two months ago after spending two years post-graduate in New York City.

“My title is very unique. It’s one that a lot of people are sometimes surprised by — they don’t know what it means or make their own assumptions about what it means,” Seigler said. “But what I hope is that, when people see my title, no matter what their faith, religious or nonreligious perspective is, it’s going to be welcomed and it’s going to be celebrated.”

After graduating from Furman University, Seigler knew she wasn’t ready to jump into graduate school right away. As an alternative, she decided to make the move up north to an international faith community in New York City’s Menno House, affordable housing established by the Mennonite Church during the Vietnam War to house those who opposed.

After the war, the house was transformed into housing for various volunteers and nonprofit workers like Seigler.

“I ended up living in this community where a white, American female was the minority,” Seigler said. “My roommates were from Jamaica, Amsterdam, Mexico, Canada and Afghanistan. We all represented the diversity not only of New York City but of different world religions.”

While in New York, Seigler worked with various social justice organizations, including GLAAD, where she worked on religious advocacy projects.

Part of Seigler’s job was creating the “Pope playbook,” providing information about Pope Francis’ historic stances regarding LGBTQIA families, which was given to journalists and media outlets during the pope’s visit to New York City.

At the end of her two-year stay in New York, Seigler worked as an ambassador for the U.N.’s World Interfaith Harmony Week, which promotes peace and broader social justice initiatives from the perspectives of multiple religious and non-religious traditions.

“It was something that I was incredibly honored to be a part of,” she said.

While still living in New York, Seigler visited her alma mater in South Carolina and caught up with her old chaplain and associate chaplain. They invited her to join them at the National Association of College and University Chaplains conference, which was held at Furman that year.

There, Seigler learned about the position opening at Elon and applied because it didn’t require a master’s degree.

After being flown down to Elon for an interview, Seigler was hired and assumed her role in June.

“[Seigler] jumped right in with two feet,” said Jan Register, program assistant in the Truitt Center. “She was just so excited, even from when we first Skyped her. You just felt that energy from her that she was so excited about interfaith and so passionate about what we are doing here.”

As multi-faith and intern coordinator, Seigler has various responsibilities all centered around the students. She is in charge of the eight student interns at the Truitt Center, who plan events across campus hosted by the Truitt Center.

In addition, Seigler organizes Numen Lumen meetings every Thursday morning and brings in speakers and musicians for the weekly tradition. She is also the advisor to the Interfaith House: Mindfully Plural LLC on campus and holds other liaising responsibilities.

Seigler is excited to be back on a college campus where she can immerse herself in important dialogue that she missed while away from a university setting.

“I was experiencing, personally, a lack of inter-religious dialogue just because colleges and universities are such an incredible and rich hotbed of those types of conversations,” she said. “You’re pushed and you’re prodded and you’re testing comfort zones and what it is that you believe, and I think it would be a great loss if, on a college campus, you weren’t having those conversations.”

Seigler is focused on being there for students who are having trouble transitioning or simply need a safe space to talk.

“She has a very unique background that lends itself to understanding and empathizing with a lot of different types of students and students who have lots of different feelings about religion and faith, and I think that is really going to serve her well in this position,” Register said. “I’m excited to see what she is going to do.”