Elon 101 instructors where given forms with phrases acceptable to say 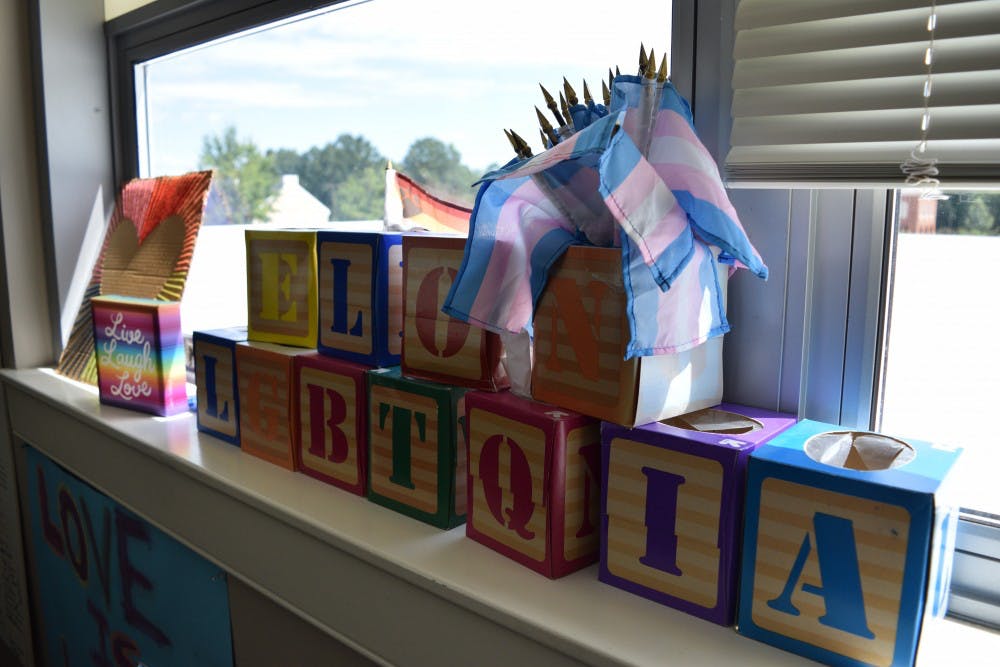 Students are now being asked to update their gender pronoun on OnTrack, and a form was given to Elon 101 instructors about proper pronoun usage as part of the LGBTQIA Task Force’s latest initiative.

When students log onto OnTrack, they’re redirected to a student profile page with a gender pronoun selection. The options are he/him, she/her and they/them. The Elon 101 form provides guidelines for professors to be more inclusive in classrooms, discourages them from taking roll out loud and using gendered phrases like, “You guys.”

“If you read names off the roster like ‘Stephen’ and suddenly a student raises their hand and says, ‘It’s Stephanie,’ then you might have unintentionally outed a trans student to the entire class,” the form reads.

Brooke Barnett, associate provost for Inclusive Community and professor of communications, said pronouns are helpful in ensuring all students are treated respectfully.

“Elon includes pronouns and correct names on class rosters because we want to make sure we address students accurately,” Barnett said. “We believe it common courtesy and a sign of respect to call a person by their correct name and with a pronoun matching their gender identity.”

The fight to strike a balance between inclusivity and hypersensitivity has been an area of much debate on college campuses, and Elon has proven to be no exception.The pronouns initiative has been praised and criticized from faculty and students as some confront the question for the first time.

Michael Skube, associate professor of communications and former Elon 101 professor, described his initial reaction to the form in two words: “Beyond parody.”

“We either believe in free speech or we don’t,” Skube said. “But we should decide. We can’t honor it in the abstract and deny it in concrete reality.”

The Gender & LGBTQIA Center was not available for comment. Barnett said the GLC provided a short training session to Elon 101 professors about pronouns and shared the handout. She said the form was designed to raise awareness about pronouns.

“The handout was a way to provide some context on gender identity to instructors and answer questions that the GLC often receives,” Barnett said in an email. “It is in no way a limit to speech, but rather an effort to help create a more inclusive and welcoming environment for all students.”

Sophomore Amy Belfer, RA of the Gender and Sexuality LLC and the Hall for Change, said conversations about gender pronouns started to gain traction after the passage of House Bill 2, a bill passed by the North Carolina state legislature that, among many things, requires people to use restrooms of the sex on their birth certificate.The bill received much backlash at Elon, which students like Belfer took as a nod to the university’s commitment to inclusivity.Shortly thereafter, conversations about gender pronoun usage turned into action.

Incoming freshmen were instructed to provide their preferred pronouns throughout New Student Orientation. For example, a student might have said something along the lines of, “My name is Mike and my preferred pronoun is he/him.”

“It can be really, really hurtful to someone if they’re boxed into a category where they don’t feel like they fit or where they don’t fit,” Belfer said. “If you’re referring to someone by the wrong gender pronoun or the wrong gender identity, that can really damage their self-esteem. We just want to make sure that we’re including everyone and accepting everyone for who they are.”

Rodney Parks, university registrar, said students like Belfer are why the initiative was put into place.

“Students could see this and use it effectively and really begin to think about, maybe not so much themselves,” Parks said. “But about others and their classmates and how they won’t fit that straight binary.”

Though several exercises were intended to make students feel comfortable, some questioned the necessity of using pronouns.

“Every icebreaker I’ve done, I’ve had to do my pronouns. I think it’s a good thing, but for someone who’s politically incorrect most of the time, it’s just an adjustment.”

The form said, “The overwhelming majority of students will use gender binary pronouns.” Even so, it noted there is “a growing number of students who identify as transgender, genderfluid, or non binary who use they/them or additional pronouns.”