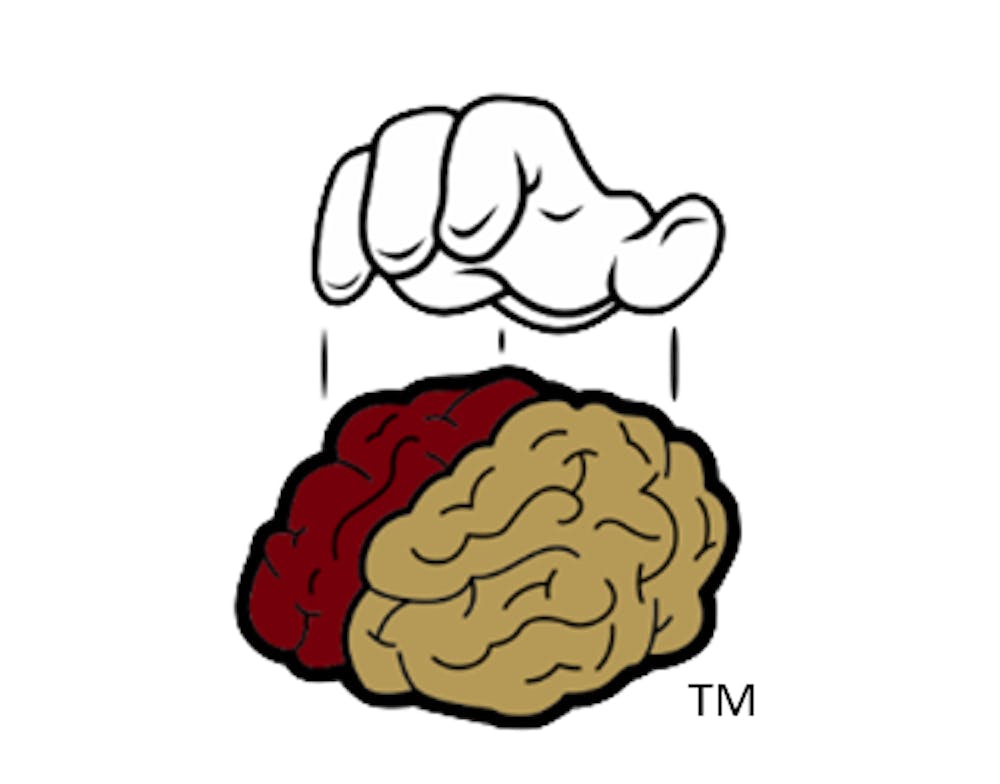 It all began as a random idea one hungover morning right before spring break this year. Junior Ryan Gill called his friend junior Austin Krauss. He told Krauss he wanted to start a video blog featuring Elon students, and immediately Krauss was onboard.

"He called me one morning like, yo, I have this idea, and I was like, hit me," Krauss said.

"The whole premise and the whole concept is to take so people on Elon's campus are doing amazing things like really fascinating things," Gill said. "There are astrophysicists, there's kids getting hired out by Harvard to write code, there's kids starting their own water bottle companies, like kids at Elon are doing really cool stuff. We kind of just wanted to meet them, and we were starting to meet them more as we got involved and outside of Greek life and just as we started expanding our horizons, we wanted to give them a place to kind of come on and tell their story."

Since that morning just a few weeks ago, the two have shot, produced, edited and released two episodes on their Facebook page for their video series, called "Drop Knowledge."

The name stems from a phrase both Gill and Krauss have used regularly since freshman year, an expression that Krauss first heard long before coming to Elon. The story behind the phrase is just as random as how Drop Knowledge itself began.

"It was like junior year of high school and I was at a deli in my town, it's called Corebo's Deli, and I don't even know why the dude said it but it's one of the guys who works there," Krauss said. " He made my sandwich like every day and I went in and was sitting with my friends and order a sandwich and he comes over, and there was all these sports highlights on or something and he just starts talking to us and he brought up something that we didn't know and we were like oh that's really cool and he was like drop knowledge, and I was like whoa that sounded cool, and then I've been saying it randomly."

"It's one of those things that you remember because it clicks. It just sounds interesting," Krauss said.

The name fits perfectly, Krauss and Gill said, for the concept of the show. According to Gill, the idea is to feature one "fascinating" Elon student each week, and "drop knowledge" on information, events, and anything relating to the topic the student discusses all week.

"There's so many people that you never hear about and hear about their stories but they're so much smarter than us," Gill said. "It's kind of humbling really in the end because you're like they're so much cooler than us because they're devoting their lives to this," he said.

Krauss and Gill said they plan to put at least three days of research into the subjects guests will talk about on Drop Knowledge so they can have a conversation with them, not simply interview them.

"We learn so much throughout the process. You research what they know so when they're talking to you you're not just being like yeah, totally, for sure," Krauss said.

"They're [the guests] are going to bring opinions we hadn't thought about and that that people learn from others, they get inspired, it provokes them to have their own thoughts and then ultimately decide for themselves what do they want to do where do they want to go what really matters to them. Empower the individual is the way we like to put it," Krauss said.

This conversation, they hope, will carry across campus, and prompt students to engage in discussions about whatever the topic that week is.

"I think that'd be a really good way to further get the community involved with each other, meet new people, and get the social scenes all mixed and mingled," Gill said.

Breaking through these "social stigmas" as Gill and Krauss called them, is one of their main goals for the series. As two juniors involved in Greek life, both said they said they wanted to provide a platform for students to "have conversations that aren't really had at Elon, but a lot of people have them individually."

"We are kind of fine approaching these topics that are pushing the envelope about Elon stigmas," Gill said.

Their first video does just that. Entitled "Why Didn't You Go Out Last Night," the video addressed the pushback students get for not going out to parties. According to Krauss, the stigma of not going out is one that very much exists at Elon.

"They almost need a physical reason for not going out such as my parents are in town, or I was sick, like I was physically unable to go out to a party, when really they maybe just wanted to read or play board games with friends," he said.

According to the Facebook statistics that track each video's traction, "Why Didn't You Go Out Last Night" reached 8,000 people, and 800 people watched the video. Their videos and Facebook page's popularity have both grown substantially from April 15 to April 21.

Although they filmed, edited and produced these videos independently, it wasn't an easy task by far, the business majors said.

"It took us 20 hours just to edit at least everything we edited," Krauss said.

"We were in the editing suites for easily 12 hours one day and we went outside, it was that beautiful Sunday, we went outside and were blinded and we were like 'this is what it's like,'" Gill said.

Both admitted that Drop Knowledge is a big time commitment on top of their jobs at Campus Rec, school work and fraternities. However, they said you make time for something you love.

"It's easy to find time when you're passionate about it. So we may burning the wick late at night, but we want to get it done and so if we have to sacrifice an hour of sleep for that every night why not?" Gill said.

Something else they confessed? The first few videos weren't the best production quality because of their lack of experience.

"We got like a boom mic, a stand, we got a recording device, we got the works and kind of set it up in the upstairs of the Innovation House in the little cramped room. That's why the walls look like they were three feet behind us, because they were actually two feet behind us," Gill said.

Due to their lack of experience with camera equipment and editing software, the juniors said they plan to bring a producer on board, and have already been approached by people who want to help. Gill said he hopes that this will not only help the quality of their videos, but the overall video cast in general.

"That will help us deliver the content in a way that people will want to watch, because we can have a good story but if no one wants to watch it if it's not exciting at the end of the day no one is going to want to tune in," Gill said.

Krauss agreed, saying that viewers will notice improvements in their videos as Drop Knowledge grows.

"They'll see the progression and then they'll be like wow that was so much better than the last one I can't wait for the next one," Krauss said.

Despite hoping to hire a producer, both founders will still hold active roles in the venture, with Gill recruiting guests, and Krauss tackling marketing and social media. Drop Knowledge hopes to team up with local businesses like The Oak House in the future for advertising.

"We're looking at possibly looking at getting businesses and possibly sponsoring them on the show. In segments we'd be like this show's brought to you by the Oak House and have them pay for our advertising ... you know, give us a little incentive to mention them," Gill said.

According to Krauss and Gill, they plan to use the money they potentially make through advertising towards camera equipment and production. Along with advertising, the juniors' future plans include reaching an audience of not just Elon students, but alumni and prospective students as well.

"If I was looking at a college and I saw that there was this program that highlighted fascinating kids, even the parents are going to look at this and go 'I want my kids surrounded by 2,739 students pursuing goals like this," Gill said.

"I think it'd be cool if after we graduate, we could pass it down. And then depending on how big it got and the amount of people who actually relied on it for real, good information we could pass it down and maybe do interviews who we want to take this and raise the child," Krauss said.

According to Gill, they're still deciding on some details for the video cast, and hope to apply the feedback they've already been given. As of right now however, they're taking the venture day-by-day.

"I'm excited and nervous to see where it goes because we're not really sure what the actual product is at our core. We know what we want to get across, but we're just discovering how we're going to do it, so I'm just excited to see where it goes," Gill said.

In discovering how to produce and create Drop Knowledge, Krauss and Gill said they've also discovered just how much ambition they have. They intend to maintain this drive throughout the project.

"I'll never forget this quote, it's in a Walley rap song, it's 'ambition is priceless.' So I hope that we're ambitious. I think that we are," Krauss said.